Republican Jay Allen faces tough odds in the race to represent Maine's CD1 and aligns himself with Pres. Trump in hopes of garnering Maine voters. 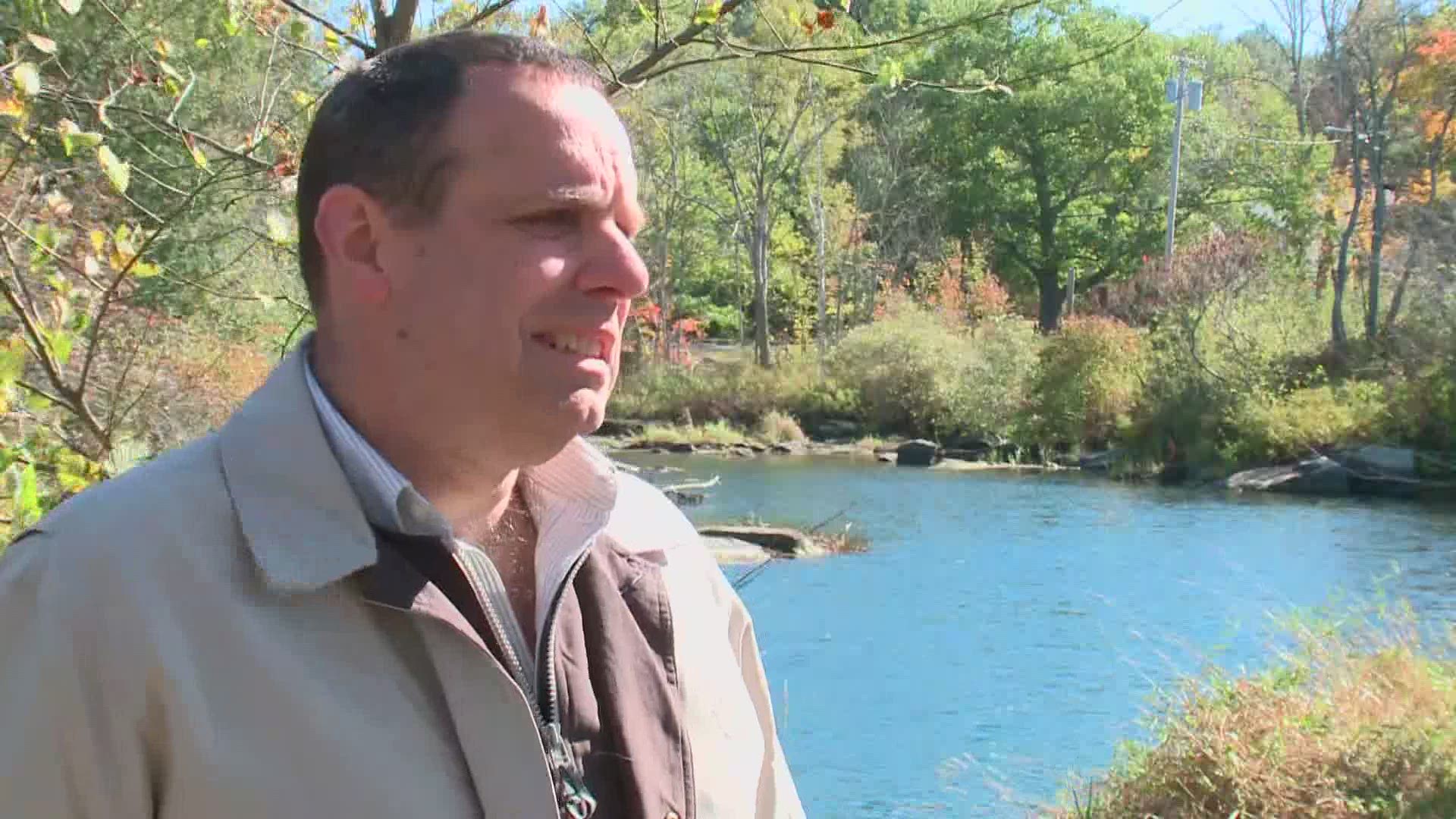 WALDOBORO, Maine — Jay Allen is unabashedly proud to be an American and vows to protect the values of liberty and freedom at all costs.

That is what has led him to run for office with little political experience under his belt.

"We need people who will defend freedom and that's part of the reason I'm running," Allen said.

Allen spoke to NEWS CENTER Maine between shifts as a family physician at a practice in Waldoboro.

The former Army doctor and father of six served for nearly 25 years, including most recently in Afghanistan in 2006.

A self-described 'Trump conservative,' Allen said he has lived all over the world before finding a home in Maine upon leaving the service.

He would likely be the first to tell you he lacks name recognition and political experience, but that is not stopping him from railing against his 'progressive' opponent, Congresswoman Chellie Pingree.

.@AllenCongress says he 'never saw himself doing politics,' but the former Army doctor and father of six hopes his conservative, anti-progressive values will win over Maine voters. Allen is trying to unseat @PingreeForME. Catch more of our conversation TONIGHT ON #NEWSCENTERmaine pic.twitter.com/mbIf5lxHLO

"I never saw myself doing politics, but last year when I was watching the democrat debates I kept saying, 'This is the wrong way to lead the country somebody needs to stop them,'" Allen said.

But with just weeks left until the election, Allen has little money behind him and very little name recognition, making his odds of unseating a six-term incumbent nearly impossible.

On the issues, he is adamant about personal liberties, lower taxes and protecting the Second Amendment.

"First of all, it's misnamed," Allen said. "The affordable care act increased premiums and increased deductibles for a vast majority of Americans."

When challenged that the ACA expanded access to health care for millions of Americans, Allen admitted 'It did.'

"But there are ways to do that without increasing costs," he said. "So we need a health plan that will return the patient to the driver's seat."

On the topic of the COVID-19 pandemic, Allen has been outspoken about mask-wearing and downplayed their effectiveness at stopping the spread of the virus as purported by most public health experts.

"Well, that's not exactly true. I do wear masks while I'm working," Allen said when asked why he does not believe in wearing a mask. "Anything in life you do involves risk, and people have to be able to look at certain risks and look at whether the risks or benefits are worth it."

Allen said he has attended campaign events over the last six months 'shaking hands' and 'hugging people' against CDC guidelines.

"I should have caught it by now," he said. "I understand the risk."

Allen said while he does not agree with President Trump on every issue, he is hopeful Mainers who support Trump will also support him.

"We see these huge flag wave rallies, these motorcades and boat parades. There's a lot of excitement here for Donald Trump," he said.

Allen painted his opponent and other democrats as radical left-wing 'progressives' who are taking our country in the 'wrong direction.'

With an uphill battle ahead, he hopes that message resonates enough to get him into office.