Hunted to near extinction by whalers more than a century ago, latest estimates are that only about 400 right whales are left in the North Atlantic. 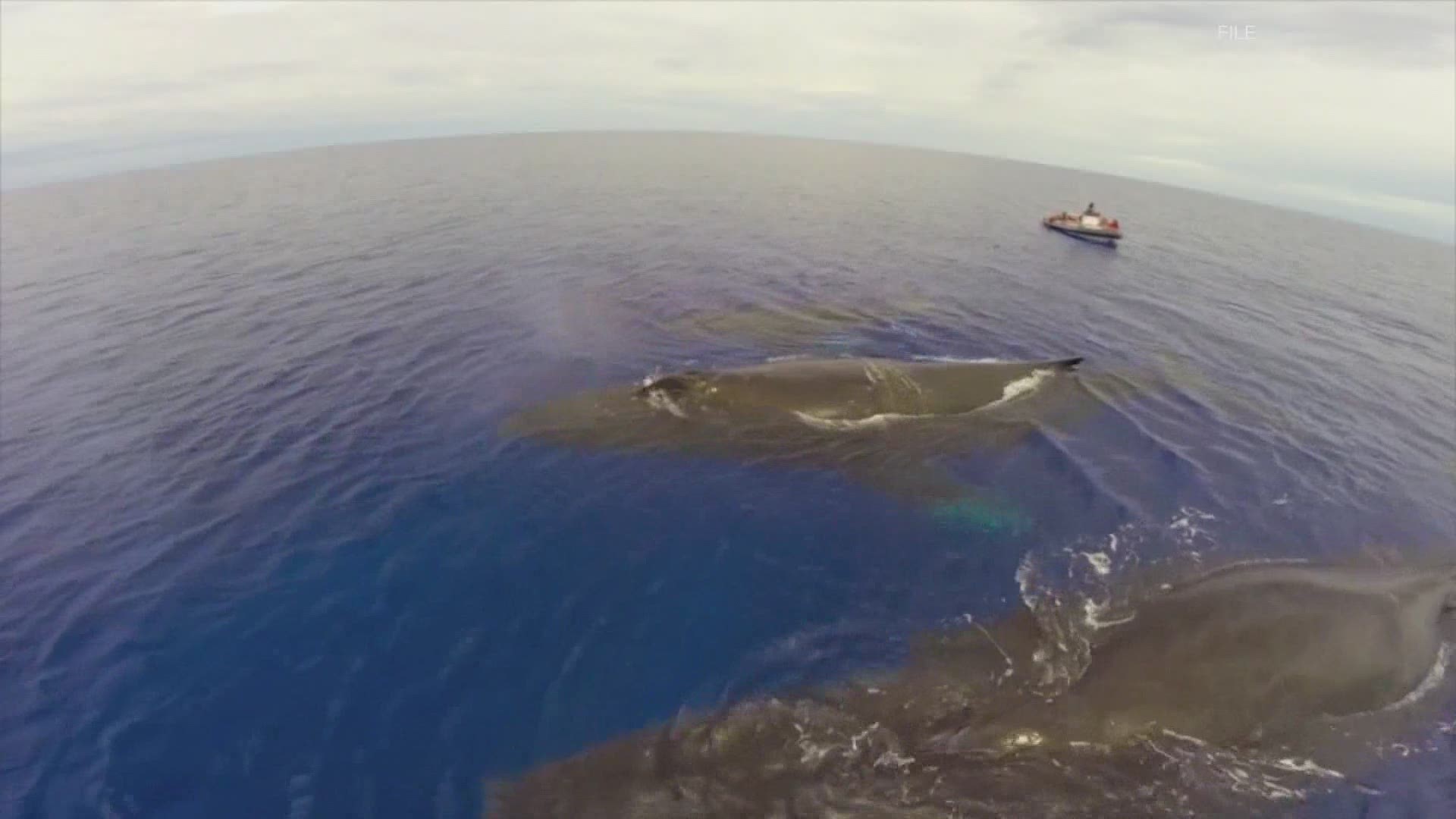 KENNEBUNK, Maine — Maine’s lobster fishermen are anxiously waiting to learn exactly what they will have to change to meet new federal requirements to protect the endangered right whale. On Thursday, the federal agency NOAA Fisheries released their final biological opinion about the threat to right whales, saying there have to be major changes by New England fishermen so whales won’t get tangled in fishing gear and die.

Fishermen have been worrying about and waiting for federal guidelines for more than two years. They had some of their fears confirmed by the latest report from NOAA, but still are waiting to get the needed details.

The big target to protect whales is called risk reduction, primarily by cutting the number of vertical ropes in the water that connect traps to buoy.

The National Marine Fisheries Service, part of NOAA Fisheries, said those ropes pose a big risk of tangling right whales, so they have to be reduced 60 percent right away. How that should happen is one of the details fishermen are waiting to learn, but previous documents from NMFS suggested a primary method should be requiring longer trawls, meaning putting many more traps on each line, in addition to using sections of weaker rope that can break away if snagged by a whale.

Patrice McCarron, executive director of the Maine Lobstermen’s Association said Maine is being unfairly penalized for whale deaths actually happening in Canada and those from whales being hit by ships at sea. She said that while lobstermen will have to follow the rules, the industry will continue to pressure NMFS to improve its data and create more fair regulations.

“We have to go back to the service, we have to get the science fixed and we have to have some accountability from the US Vessel industry and from Canada to solve their portion of this problem,” McCarron said.

The industry is expecting to get more detailed rules later this year from the federal government. Still not clear among many other things, is whether fishermen have to make changes this year, in the middle of the fishing season, or if they will be allowed to wait until next year.