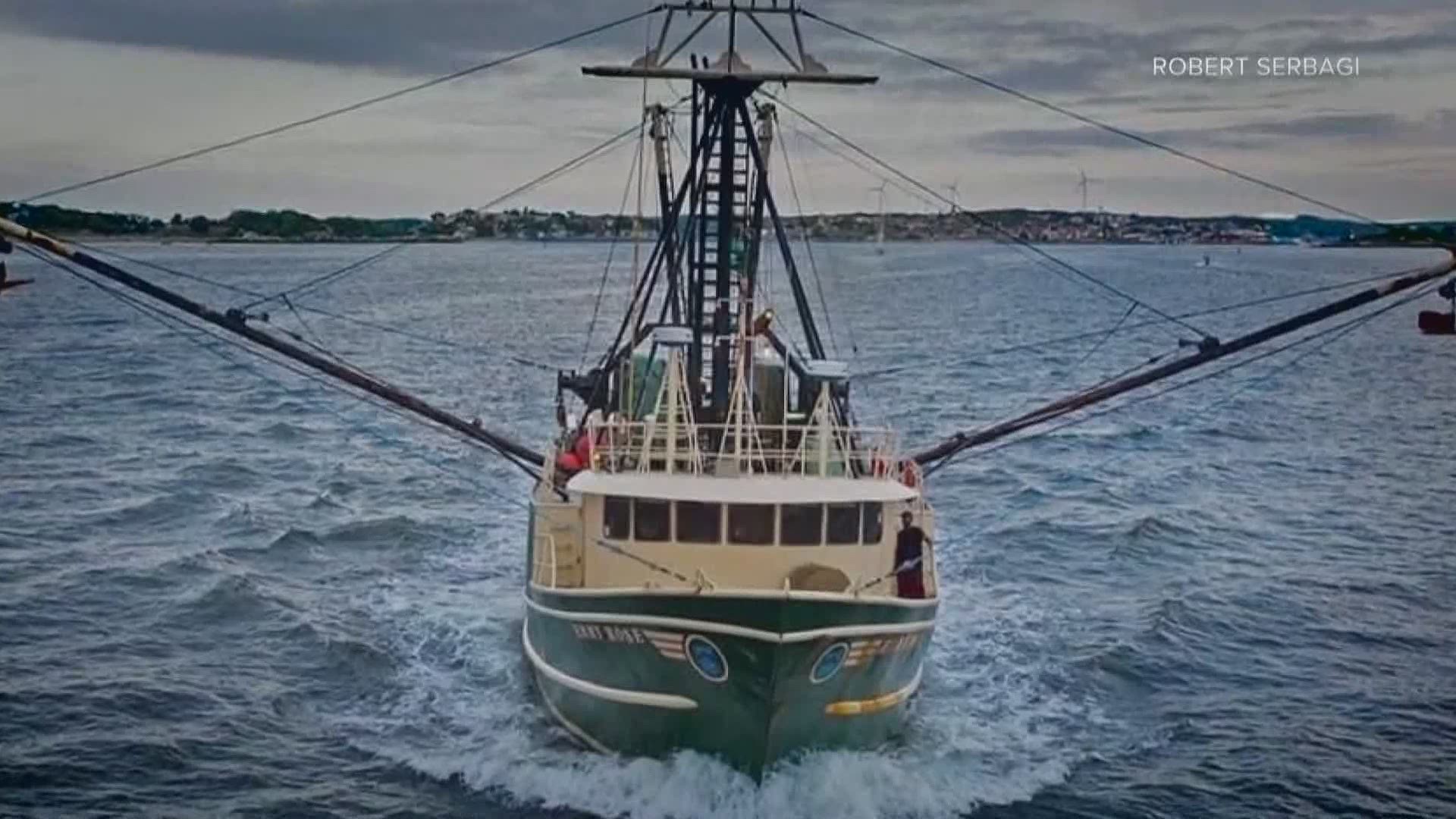 PORTLAND, Maine — EDITORS NOTE: The above video was published December 7, 2020.

The remains on the Maine-based fishing vessel the Emmy Rose were discovered off the coast of Massachusetts months after it vanished with all four crew members on board, according to Klein Marine Systems.

RELATED: Emmy Rose owner says its not at fault for sinking

"Our commitment to our coastal communities does not stop at the sanctuary's boundaries," Pete DeCola, superintendent of Stellwagen Bank National Marine Sanctuary said in a statement. "The Emmy Rose, was homeported in Portland, Maine, a sanctuary coastal community, and it's loss was deeply felt across the region."

According to Klein, the Emmy Rose wreckage was found after surveying nearly 5.5 square miles of the seafloor. It was the team's fourth survey.

A spokesperson for the U.S. Coast Guard Sector Northern New England said they could not comment on the exact whereabouts of the boat or provide further details citing an "ongoing investigation" involving "several agencies."

The ship went down in the early morning hours of Nov. 23 at least 20 miles off the coast of Provincetown, MA.

RELATED: 'I want him to come home': Coast Guard continues search for 4 Maine fishermen after vessel sinks off Massachusetts

Jeff Matthews, Ethan Ward, Mikey Porper and Bobby Blethen were all on board went it sank and never found.

The company said it notified the family members and the search crew performed a memorial tribute after Wednesday's discovery.

"We are humbled to have supported the search for the ship," DeCola said. "[We] hope that its discovery will bring some measure of closure to the families who perished."