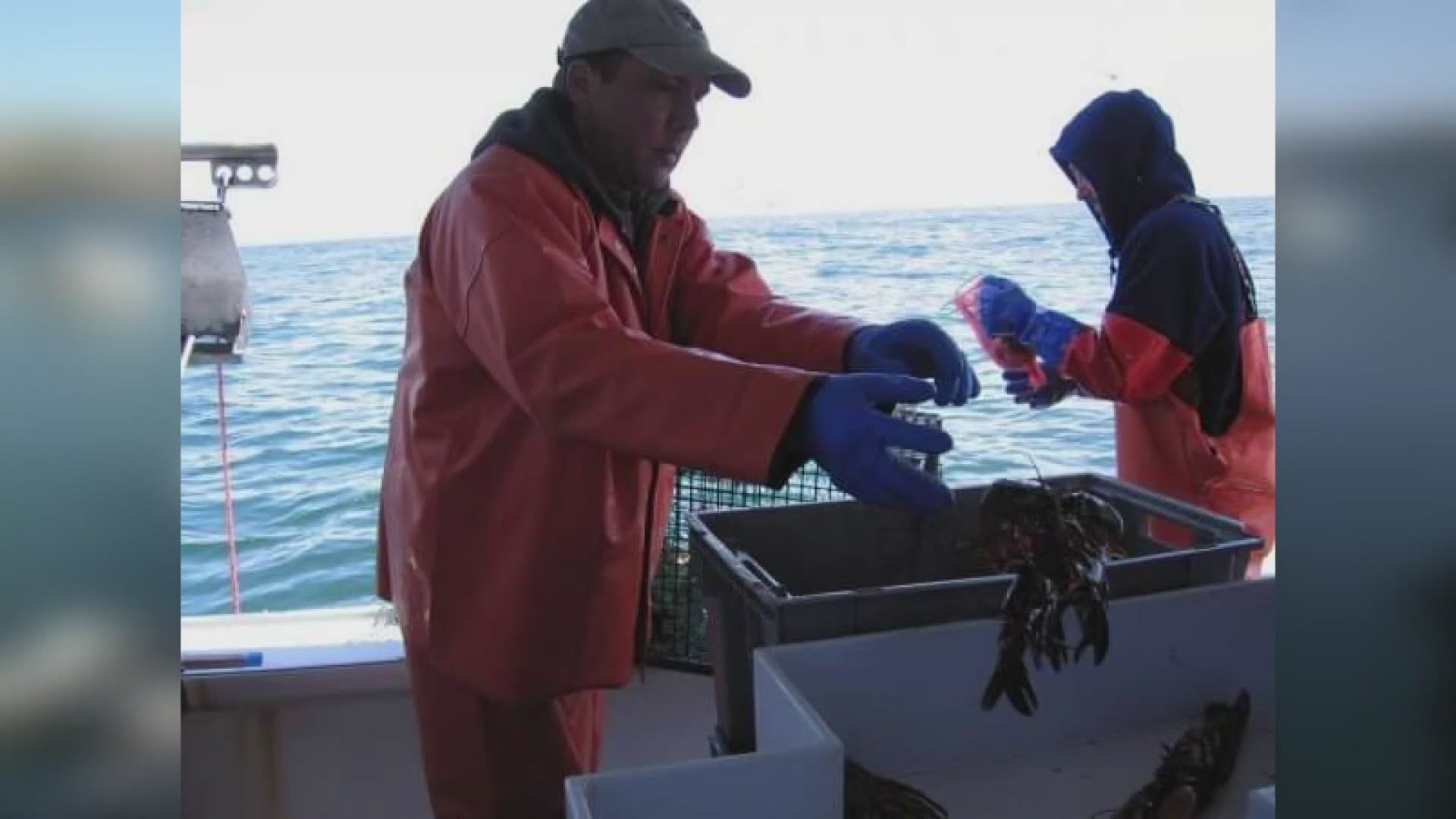 AUGUSTA, Maine — Lobsterman John Drouin said in his 42 years of fishing around Cutler, he has never seen a right whale. Many other Maine lobstermen have said the same thing about their experience on the water.

But that may not matter.

NOAA Fisheries, the federal office regulating fishing activity in the northeast, is close to making final recommendations to protect the right whale, and the current indications are the federal plan could deal a severe blow to Maine’s lobster industry.

“What I’m reading now being proposed by NOAA will essentially put me out of business in 10 years,” Drouin said.

That’s because the recent Biological Opinion from federal scientists and the so-called Framework suggested by NOAA would require Maine fishermen to dramatically reduce the number of “vertical lines” in the water, meaning the ropes connecting buoys to traps. The scientists believe those lines, of which there are likely hundreds of thousands off the Maine coast, are a threat to whales because they can potentially become entangled in the fishing gear.

The NOAA proposal calls for a 60 percent reduction in the threat to whales to start, by requiring fishermen to tie traps together in trawls of different lengths, and also use special weak sections of rope that can break if snagged by a whale. There is also talk of closing a section of the Gulf to fishing for part of each year.

Drouin disagrees with some of the details but said if those were to be the only changes the fishermen could adapt.

But he and Maine Marine Resources Commissioner Pat Keliher said the true threat in the NOAA documents would come in 10 years when scientists say the threat to whales should be reduced by 98 percent, effectively eliminating all lobster ropes and potentially ending the way they have fished for generations.

“It's devastating. Totally changes the face of the Maine lobster fishery,” said Keliher, “and we’d have no idea from an economic standpoint what it will mean in the long run.”

Scientists and environmental groups suggest fishermen could switch to remote control, submerged buoys that sit on the ocean bottom until triggered by an electronic signal from the boat above. A Massachusetts company has developed such a system and tested it with some fishermen in that state. But Keliher and Drouin said the system is impractical for the Maine waters and conditions. It is also costly.

An official of Edgetech, the manufacturer, told NEWS CENTER Maine the system currently costs more than $4,000 per unit, but that one retrievable buoy can be connected to a string of multiple traps. He said some crab fishermen in Canada’s Gulf of St. Lawrence used the system successfully last summer.

Commissioner Keliher said those devices are still in the developmental stage and “not ready for prime time.”

So Maine is making an all-out effort to fend off new federal rules.

The state has filed detailed, critical comments with NOAA fisheries, pointing out flaws in the research data and conclusions and criticizing NOAA Fisheries for so far being unwilling to recommend strong action against Canada, where most of the right whale deaths have occurred in recent years.

Governor Janet Mills sent a strongly worded letter to the head of NOAA Fisheries, decrying the agency’s proposals and stating, “The survival of Maine’s iconic lobster industry, and in fact, our heritage, through the future of Maine’s independent lobstermen and women, depend on your willingness to act.”

On Wednesday the four members of Maine’s Congressional delegation sent their own tough letter to President Joe Biden, calling the proposal potentially the “death knell” for the lobster industry.

That letter called on Biden to intervene with NOAA to stop the implementation of the rule, and used some politics to make the argument. The delegation members highlighted comments Biden made last year during the Presidential campaign after President Trump claimed to be helping fishermen. They quote a Biden tweet, which stated “And as President, I will work to protect the livelihood and safety of the fishing community.”

The delegation letter concludes “Maine’s lobstermen are seeking your assurance that they can continue to provide for their families, that their communities will survive, and that their children will be able to continue Maine’s long-standing lobstering heritage.”

NOAA is required by a federal judge to have its plan complete in May.