From high seas to high heels, Patricia Schimpf is always up for a challenge 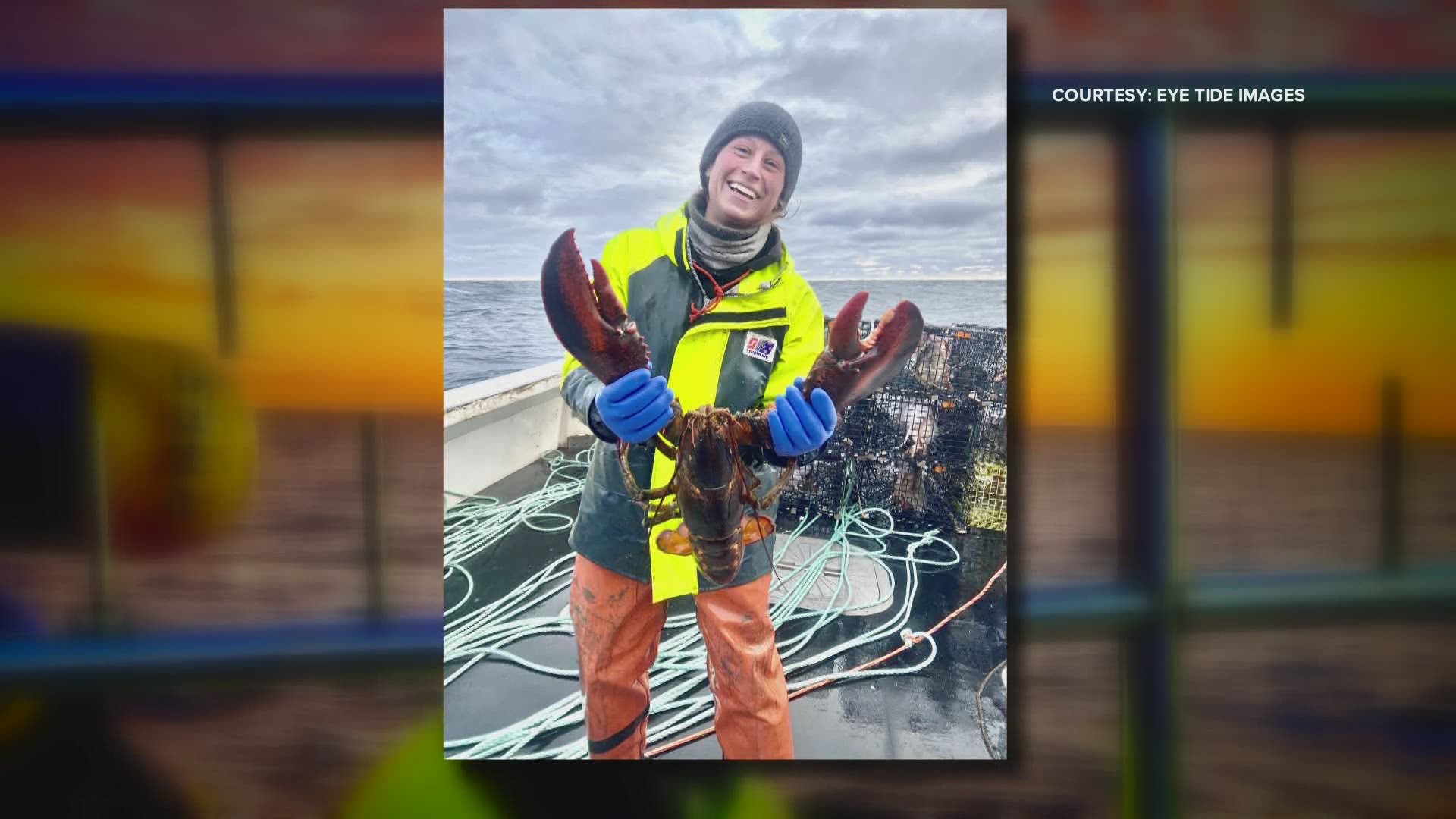 MT DESERT, Maine — You might think that lobstering along the Maine coast is hardly the type of work that would spawn a beauty pageant contestant. But Patricia Schimpf is always up for a challenge. And when a friend made a suggestion that would challenge her in ways she’d never considered, the idea took her, as she likes to say, from "Grundens to glamour."

When the lobstering is good, most days you’ll find Patricia aboard the Victoria, out of Little Cranberry Island. She is a sternwoman and the work is rigorous.

There is little that is glamourous about this work. It was a friend who’d had some beauty pageant experience who suggested that Patricia should consider entering a pageant. "It’s not something I’ve ever thought about." She took the bait … and said yes. "I was more surprised than anybody."

That surprise didn’t stop her from being intrigued by what this might entail. "It was basically a challenge for me. To see if I could adapt to this … part of life. This new avenue that’s not something I have any experience with," Patricia said.

The Cranberry Isles Fisherman’s co-op—where the Victoria sells its lobsters—got on board and sponsored her for the pageant. She was a late entry and had plenty to learn, starting with the basics of blush and bronzer. "Makeup is not part of my daily, weekly, even monthly routine … until now." She got her first makeover, as well as headshots and a gym membership. "The thing that I was most nervous about was walking in heels. I don’t own any, or I didn’t."

She does now. She was among the five contestants who entered what’s called the Miss Maine for America Strong competition. They would be judged in three categories: swimsuit, evening gown, and interview. "I ended up winning the swimsuit category … with a bathing suit I got at Walmart the day before I went down to the pageant," she recalled with a smile.

Like most events late last fall, the pageant was held with strict COVID-19 guidelines, so contestants rehearsed in masks, kept their distance, and could only bring four friends with them to sit in the audience.

Patricia was surprised by the camaraderie with her fellow contestants. Despite competing against each other, they had each other’s backs. "At no point did it feel like we were in competition with each other," she said.

But they were, and she won.

"Everyone has been so excited. It makes me bashful because I’m not used to drawing attention, you know, to myself. Everyone else is doing that for me!"

Now? She feels a bit like a local celebrity. Businesses are reaching out to her to do events and appearances. For the next few months, she’ll keep up with her fitness, gather sponsors to help defray the costs, and when she’s not filling bait bags, maybe take a few dance classes.

Patricia summed it up this way: "Being a Maine girl, you have to be very adaptable and you have to be able to adjust to things and just be very resourceful. So, over the years I just have learned that being open to basically anything will create opportunities for you that you would never have thought of on your own. And who knows where they might lead?"

Who knows indeed. In addition to working aboard the Victoria, Patricia is a photographer—and provided us with the photos in her story. If you would like to see more of her photography, click here to visit Eye Tide Images. In November, Patricia will travel to Las Vegas to represent Maine in the Miss For America competition, and we wish her the best of luck.