UMaine men's hockey will not play this weekend

The University announced Wednesday the Men's Ice Hockey team will not host UMass this weekend. It will play UConn next week. The Women's team will still play Friday. 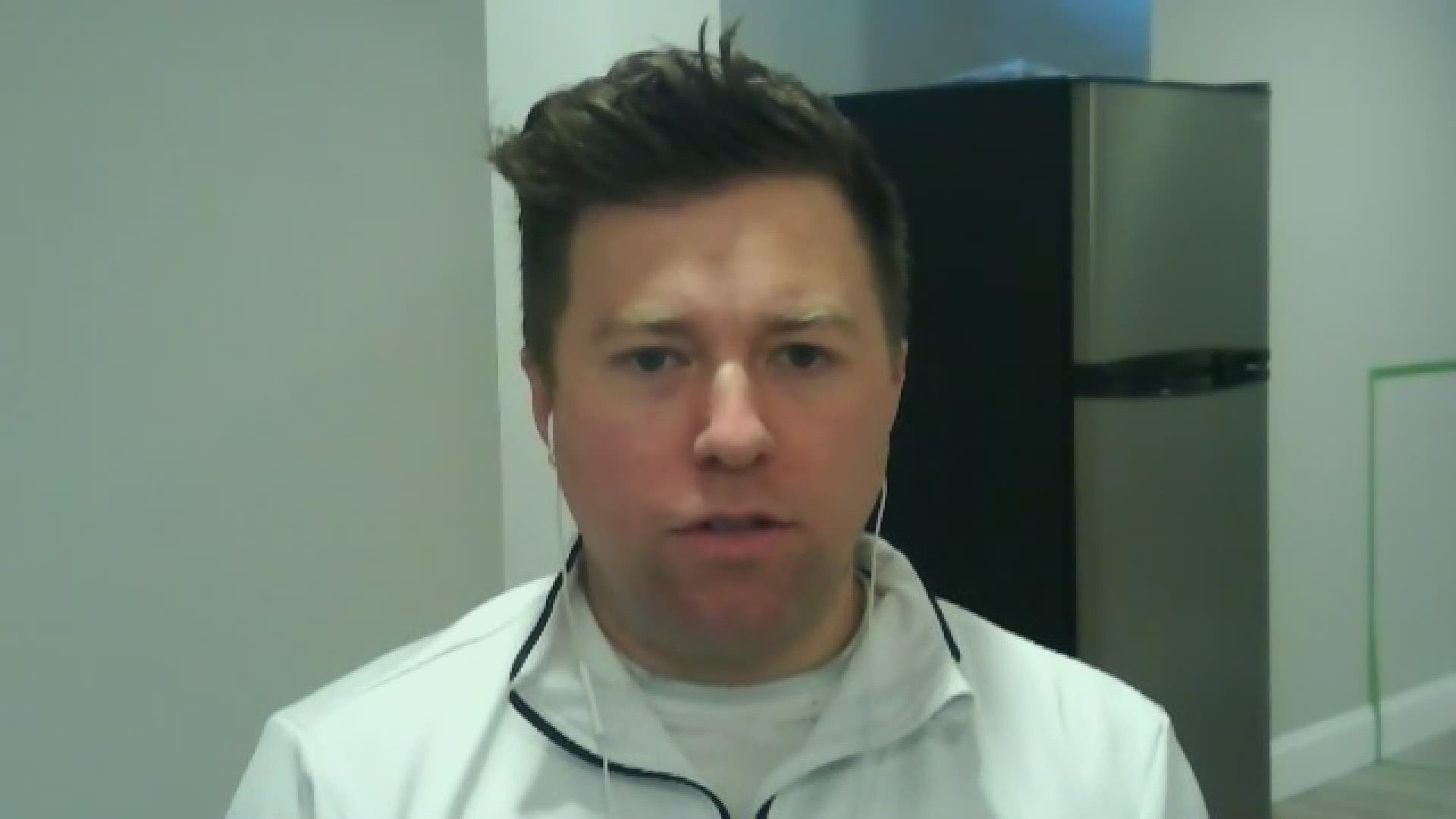 ORONO, Maine — The University of Maine at Orono President Joan Ferrini-Mundy announced Wednesday the Men's Ice Hockey home-opening series against the University of Massachusetts will not be played this weekend.

The Black Bears were scheduled to host the Minutemen this Friday and Saturday.

The release states the women's team will still travel to Worcester, Mass. to play Holy Cross Friday and Saturday.

The UMaine men's team will begin its season at the University of Connecticut next weekend on Friday, Nov. 27.

In a press conference Wednesday, Athletic Director Ken Ralph mentioned there were a few minor details and timing issues that forced the school to pass on playing this weekend. Ralph said the safety of the student-athletes is a priority and the timing didn't work to play Friday.

"We weren't quite there yet, for this weekend at home," Ralph said. "But we know we'll have the time prior to next week's game."

JUST IN: The UMaine Men's Ice Hockey series against UMass will no longer be played this weekend. Maine will now play its opening series next weekend at UConn on Friday, Nov. 27. The University of Maine women’s ice hockey season-opening series at Holy Cross remains unchanged.

According to the release, all schedules are subject to change based on local conditions and guidelines. President Ferrini-Mundy released the following statement:

“We are incredibly proud of our student-athletes and very much want to see our Maine Black Bears begin their winter seasons. We are assessing each opportunity for our teams to compete within the context of rising COVID case counts and the threat of community transmission.

“We are working with our athletic conferences, UMaine Athletics, our safety professionals and stakeholders to determine next steps for our teams.”

Although there was a decision not to play this weekend, Ralph said after the months of uncertainty beginning last March, today was the best day the program has had "in a long time."

With the teams crossing state borders that require quarantine or negative COVID test to return to Maine, the University has set up testing sites on the Orono campus and results can come back in about one hour.

"It's really a model of how people step up and assist when they see something that's important to their students," Ralph added.

The team itself now has an opponent to prepare for after weeks of an extended 'preseason'. Newly named captain Jack Quinlivan said the team has been skating together for eight weeks, much longer than a typical training camp, but the extra time on the ice has helped with chemistry.

The Black Bears will try to get back to where they landed a season ago before the COVID-19 cancellation of Hockey East playoffs. UMaine was the fourth seed in the tournament and will start this season without key players who graduated or began professional careers.

"We're a fast team, we're a physical team. I think we have a lot of smart hockey team this year no matter if they're seniors or freshmen, everyone can think the game really well and execute at a high level," Quinlivan said.

There are plenty of new faces on the roster this year, nine freshmen to be exact. These collegiate rookies help make up the 18 underclassmen on the team this season.

"I'm excited to see a lot of new players and a lot of returners progress from last season so, I think that's what we're looking forward to," Quinlivan added.

The Black Bears will now have some more time to prepare against their opponent, the UConn Huskies, and will get some game film to study. Hockey East announced Wednesday afternoon UMass and UConn will play this weekend to make up for UMaine's decision not to play.