Racing water pumpkins all in good fun in Damariscotta

DAMARISCOTTA, Maine — Nothing like a cool October morning to race some hollowed out pumpkins in Damariscotta.

That's exactly what NEWS CENTER Maine's Ryan Breton and Jessica Conley did at the 2019 Damariscotta Pumpkinfest Regatta. The weather team faced off against teams from the other Portland televisions stations.

The event has become a highlight of the fall season on the Midcoast when brave souls often dressed in costumes jump in massive hollowed-out pumpkins and row for their lives.

"It's really organic," event founder Buzz Pinkham said. "It's really a community builder, about 200-300 people working together to put on this type of event"

People have been working for months to grow and design the pumpkinboats.

The largest pumpkin in the event weighed in at over 1400 pounds, according to Pinkham.

There are two 'classes' this year—paddleboat and powerboat. There is also 'pumpkinboat polo.'

NEWS CENTER Maine got off to a rough beginning in this year's race. After a false start, Ryan tried to paddle himself back to the starting line but leaned a little too far backwards. Instantly, Ryan was in the water and soaked. 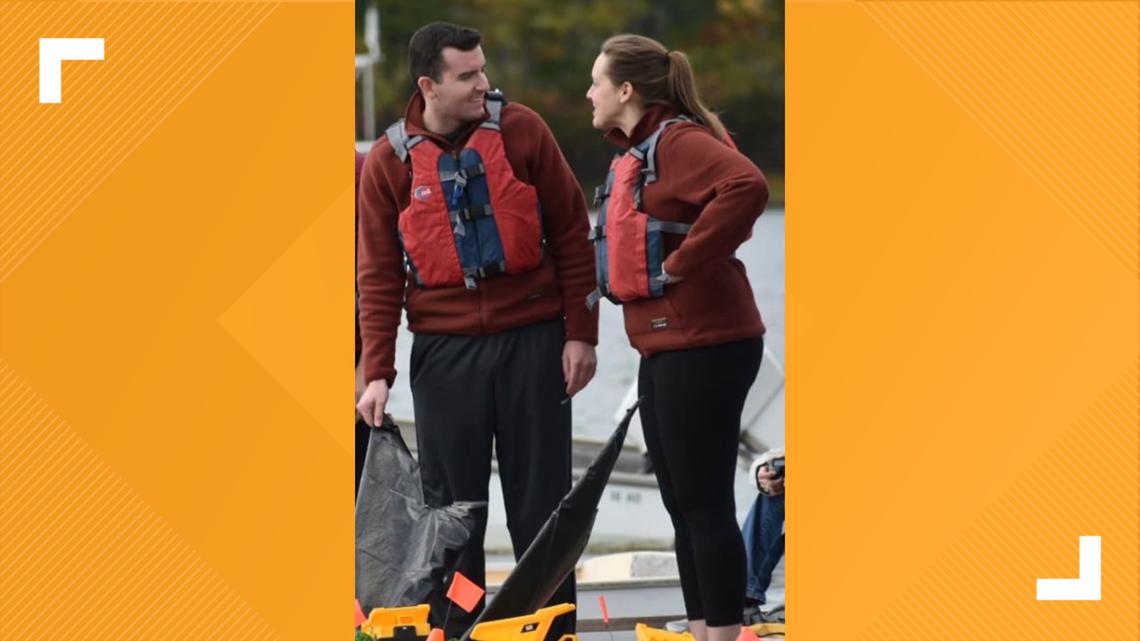 After the Pumpkinfest crew pumped out the NEWS CENTER Maine pumpkin, Ryan got to go for real this time. Ryan, already waterlogged, didn't get off to as good of a start the second time around. Jess Conley was able to gain some ground on the second leg and finished second. An incredible team effort by Ryan and Jess.

This year, a raffle winner also competed in the regatta. Money raised from the raffle was donated to Farmington firefighters fund.