Giant pumpkins set to hit the water in Damariscotta

The Damariscotta Pumpkinfest is in its 13th year and celebrates fall, community, and, of course, giant pumpkins. 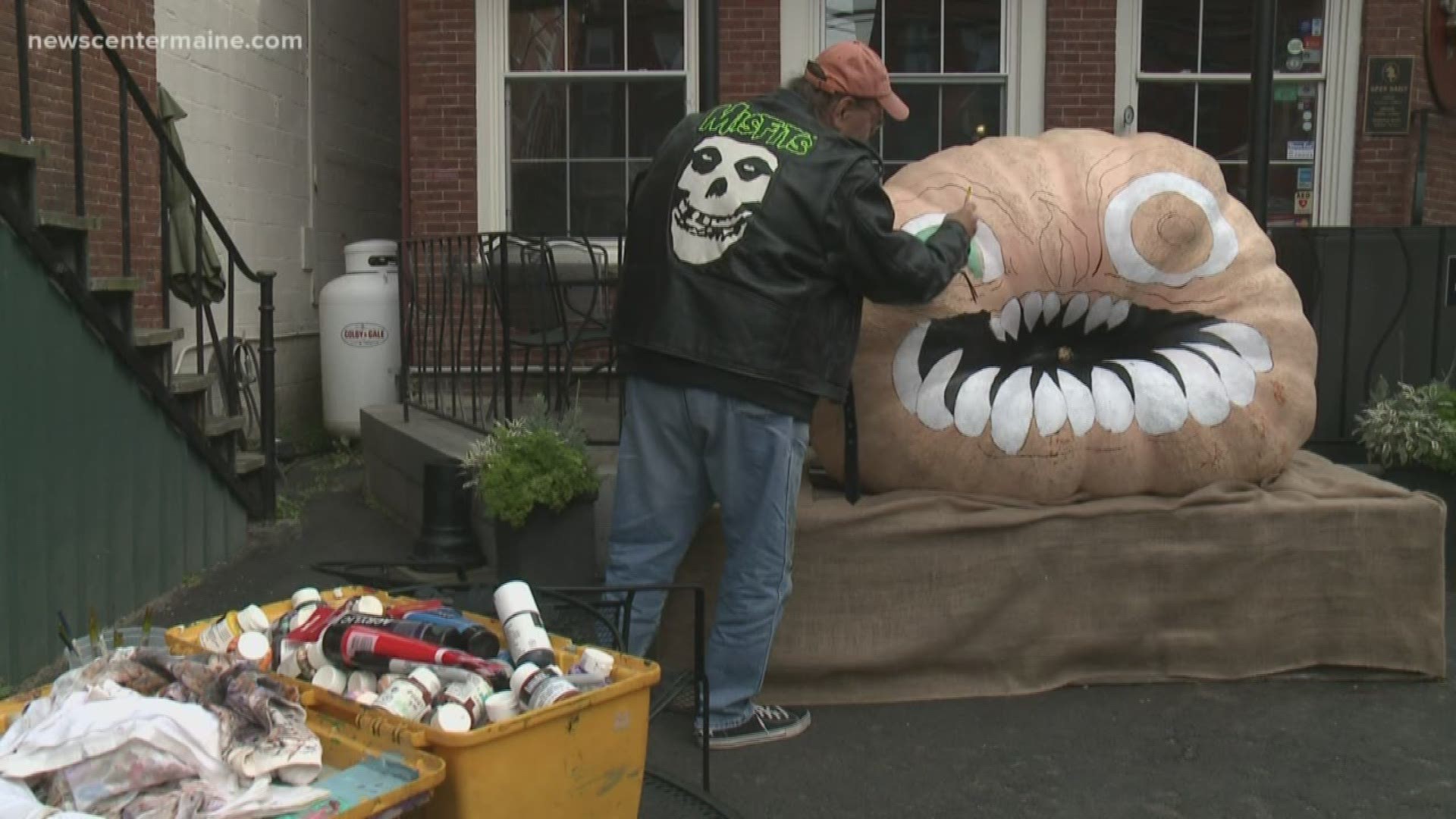 DAMARISCOTTA, Maine — Bill Clark spent Friday morning fitting a piece of plywood to the ridges and curves of a 1400 pound pumpkin, building a box frame to hold an outboard motor. It will be the largest pumpkin he's ever used to make a boat.

"I can't go to the pumpkin store and just pick out the ones I need," says Clark.

The pumpkin motorboats will race Monday, in what is the premier event of the four day Damariscotta Pumpkinfest. The Fest is in its 13th year and celebrates fall, community, and, of course, giant pumpkins.

Spectators were already gathering Friday morning as Susan Rice and other artists were busy painting, decorating, and sculpting dozens of pumpkins. Rice's pumpkin was an elegant bear. A short way up the street, Glenn Chadbourne, who makes a living illustrating horror books, was turning a big pumpkin into a ferocious, toothy monster.

"I love this," he says, referring to Pumpkinfest as "the funnest time of year."

Decorated pumpkins, pumpkin catapult, parade, and pie-eating contest are all popular attractions; the Regatta will be the big spectacle. The pumpkin water race will draw a crowd of several thousand to the riverfront.

"Well, it's the height of absurdity," says Buzz Pinkham, who, with Bill Clark, founded Pumpkinfest 13 years ago. Pinkham also was the first person to take a pumpkin boat in the river.

"I think that (absurdity) captures the imagination. How many people have you met that's gone pumpkin boating?

The whole idea of pumpkin boats captured the imagination of Russell Orms, who comes from Texas each year to help build and then race on of the motorboats. He has become The Viking, a popular fixture in the annual parade as well as the Regatta, dressed in a costume complete with colossal hammer and a horned helmet. Last year he won the race. Like the others, he takes building the boats seriously, but can still laugh at the whole thing.

"If we could find something more ridiculous to do, we would probably do that," he says.

Asked if racing pumpkin boats will do until something more ridiculous appears, The Viking nodded his head. "This works," he says.

It works for thousands of pumpkin fans every year. This year's Regatta begins at noon on Monday, October 14. NEWS CENTER Maine's Ryan Bretton and Jess Conley will take part in the race.