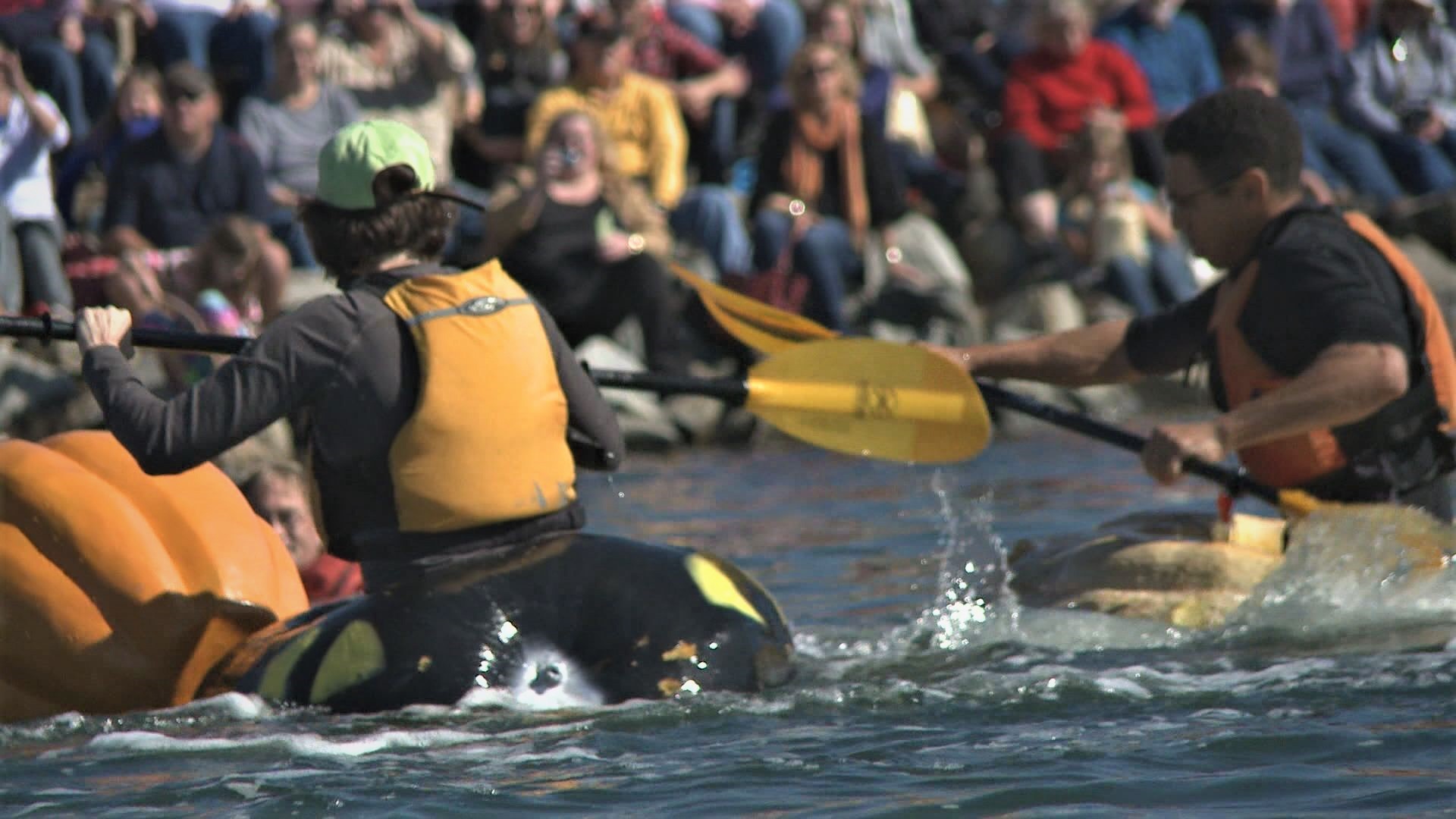 DAMARISCOTTA, Maine — Hundreds of people are expected to turn out for the 13th annual Pumpkinboat Regatta in Damariscotta Monday.

The event, part of the Damariscotta Pumpkinfest, has become a highlight of the fall season on the Midcoast when brave souls often dressed in costumes jump in massive hollowed-out pumpkins and row for their lives.

"It's really organic," event founder Buzz Pinkham said. "It's really a community builder, about 200-300 people working together to put on this type of event"

People have been working for months to grow and design the pumpkinboats.

The largest pumpkin in the event weighed in at over 1400 pounds, according to Pinkham.

There are two 'classes' this year—paddleboat and powerboat. There is also 'pumpkinboat polo.'

The regatta has attracted nationwide media attention since it first started in 2006, and now draws people from all over the world.

"Only in Maine can you find an event like this going on," Pinkham said.

NEWS CENTER Maine's Ryan Breton and Jess Conley will be taking part in this year's festivities.

The race starts at noon. There is also a FREE concert, activities for the kids and food. You can find more info at MainePumpkinfest.com.