16-year-old Jack Carlista found a missing woman suffering from dementia thanks to a CodeRed Alert. 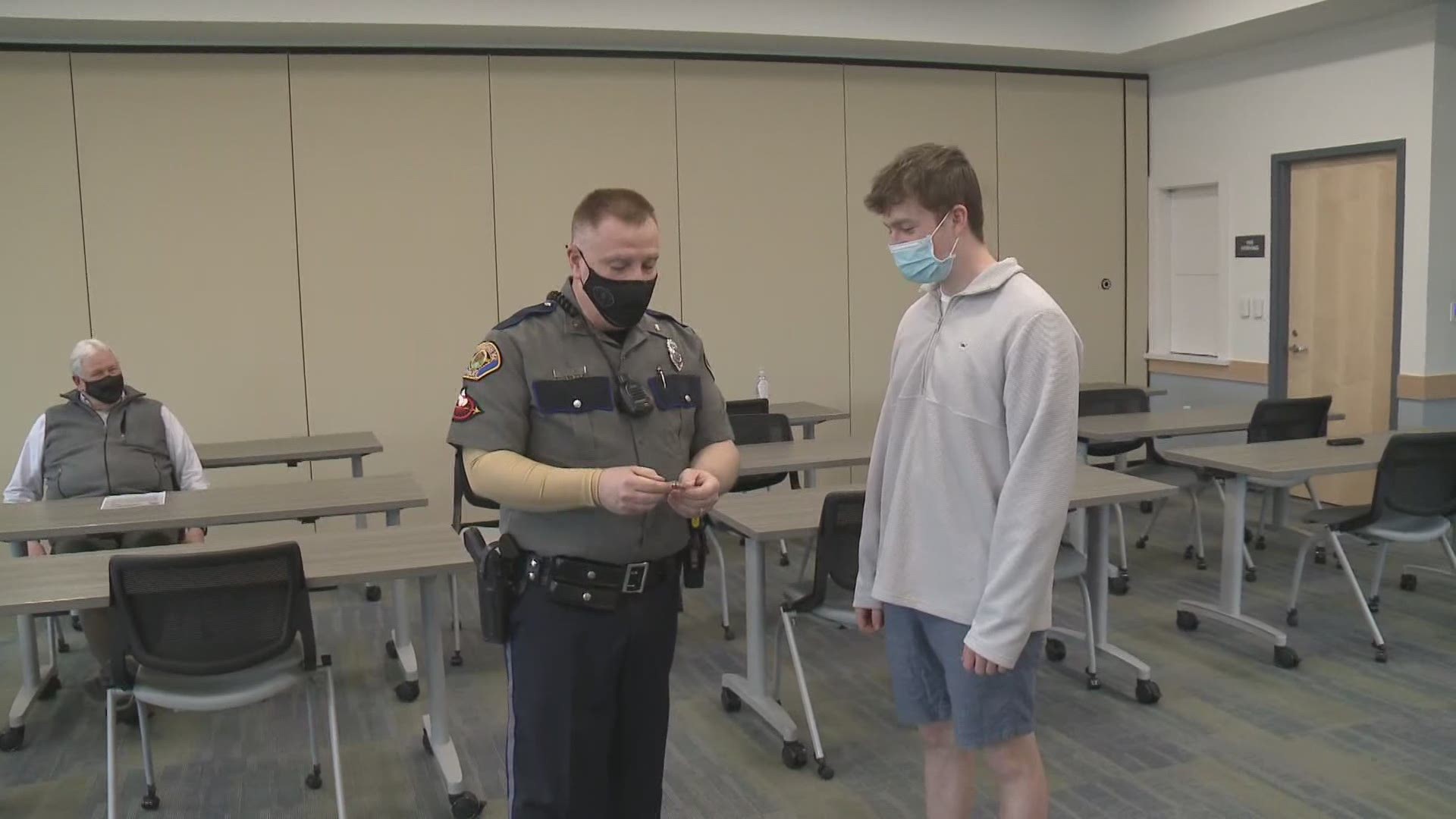 SCARBOROUGH, Maine — A 16-year-old is being praised for finding a missing woman suffering from dementia in Scarborough last week.

Jack Carlista's mom heard and told him about a CodeRed Alert before he headed to a friend's house.

"She was like, 'If you see someone with a gray fleece, black pants, long gray hair, and a hat on, just bring her to the police station,'" Carlista said.

The CodeRed system in Scarborough quickly notifies residents in the surrounding area with a call or text about a missing person or a hazardous situation.

Carlista, who just got his license a few months ago, said he didn't think much of it until he was driving along a busy road towards I-295.

"I see it's like an older lady and I see the gray fleece, black pants, and the hat and that might be her, so I pull over and I'm like, 'Hello is your name Dorinda and are you lost?' And she's like, 'Oh my god yes I don't know where I am,'" Carlista said.

This 16-year-old from Scarborough is being praised for finding a missing woman suffering from dementia last week. More at 6. @newscentermaine pic.twitter.com/rSnQFfaLWv

Carlista said he quickly got her into his car and drove her to the police station.

"She was so relieved. We were talking about her dad because she was like, 'My dad is going to be so mad at me right now,'" said Carlista.

Police awarded Carlista with a 'challenge coin' for people who go above and beyond and a 'citizens merit award.'

"This young man took the time to not only pay attention to the information that was put out but to act on it. Not only seeing the person but stopping and checking on the person, obviously giving a ride as opposed to continuing on," Plourd said.

Carlista said he is thankful he was in the right place at the right time and was able to bring her to safety. He also said he's glad he knew about the alert and wants others to pay attention to them as well.

Police said the woman's husband picked her up from the station and said she is okay. Police urge everyone to take alerts like this one seriously.