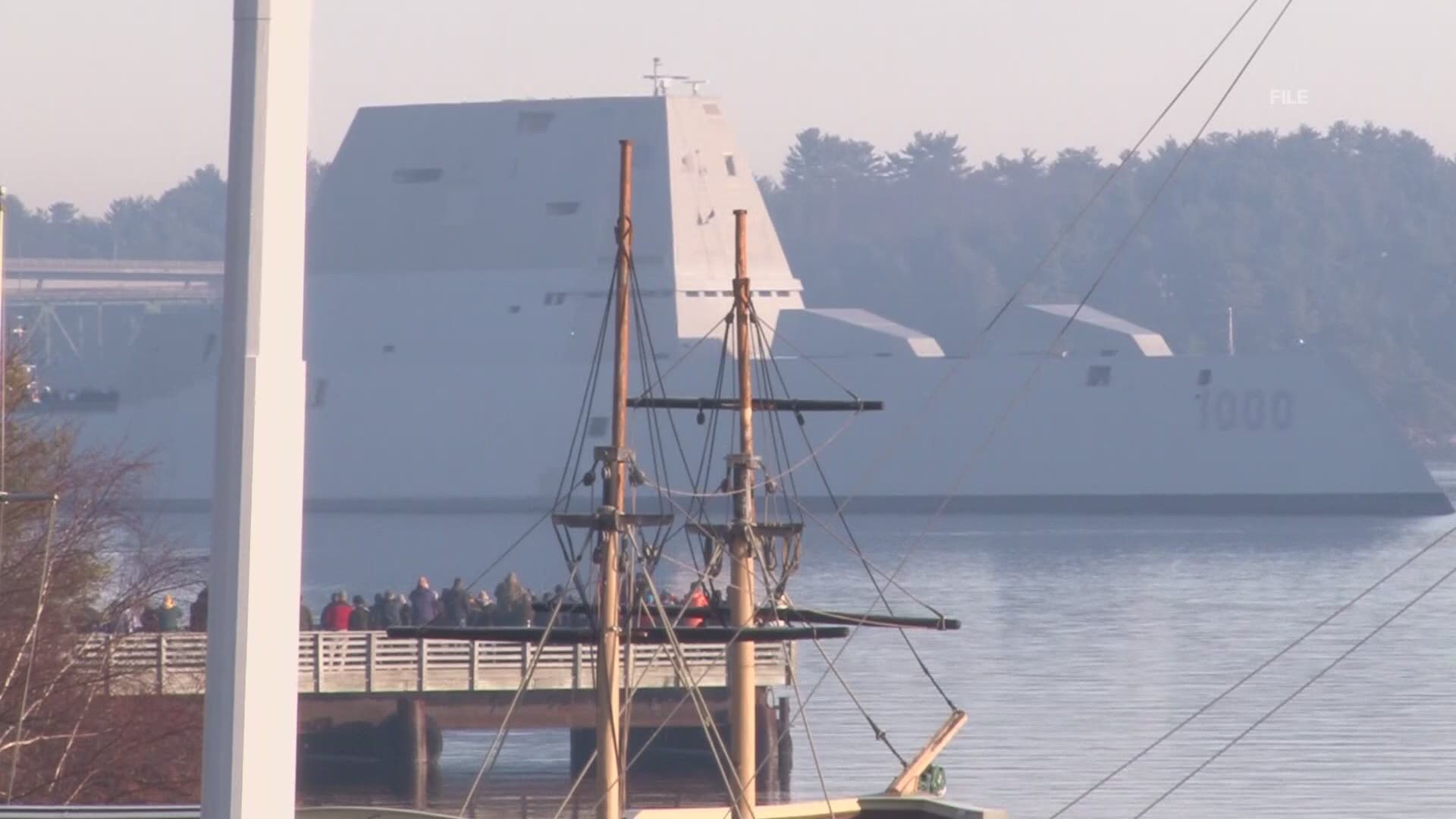 BATH, Maine — EDITOR'S NOTE: The video above aired June 3, when Reps. Golden and Pingree visited BIW with the chairman of the House Armed Services Subcommittee on Seapower and Projection Forces.

Maine's delegation has been hosting other elected leaders at BIW, including Chief of Naval Operations Adm. Mike Gilday, and working to continue to ship construction since May. This comes after President Joe Biden announced a budget cut that would only fund one DDG-51 Destroyer. Maine's elected leaders say there is a need for two ships. King says it's good for our country's leaders to see the work being done at BIW.

"It's one thing to make a decision based upon lines on a piece of paper, it's another thing to come up here and see the people first hand," King said.

Great day in Maine to host @DepSecDef at @GDBIW with @RepGolden and a group of Bath Iron Works’ talented shipbuilders, giving her a first-hand look at the work that BIW does to support the @USNavy. pic.twitter.com/qpLErbnnCQ

TODAY: @SenAngusKing and @RepGolden are hosting Deputy Secretary of Defense Kathleen Hicks at @GDBIW. This comes as Maine’s delegation pushes to reverse @JoeBiden’s proposal to cut one DDG-51 Destroyer from the defense budget #NEWSCENTERmaine pic.twitter.com/6ygXwQxjJD

"This is a narrow window of time where we have these very experienced shipbuilders here who are soon retiring. To have them working side by side with the younger workforce is critically important from an institutional knowledge perspective," Golden told reporters on Wednesday.

Senator King and Congressman Golden say this will effect BIW’s workforce. Now, there are a number of shipbuilders close to retirement and the hope is they can help train the next generation. But with fewer ships to build, there will be fewer hiring opportunities #NEWSCENTERmaine

In a statement after that rejection, Golden wrote, "I’m pleased that my colleagues recognize the need for this second destroyer. As we work to pass new defense authorization and appropriations into law, I’ll continue to work with my colleagues in the House to build the shipbuilding budget that the nation needs for our national security.”

On June 8, Senator King questioned Navy officials on this budget cut, saying, “As you know, one of the principal concerns I have with this budget is the striking of a [DDG-51 Flight III] from the multi-year procurement [contract]. Number one, it strikes me as a terrible precedent and signal to the American industrial base to reach a multi-year, which has already been assumed, contracted for, and moving forward. That would actually cost the government something like $30 million just to do that. You were just testifying about the need for a larger Navy, and the shift towards China. The Pacific is a very big ocean, and naval power is our most important way of projecting power.”