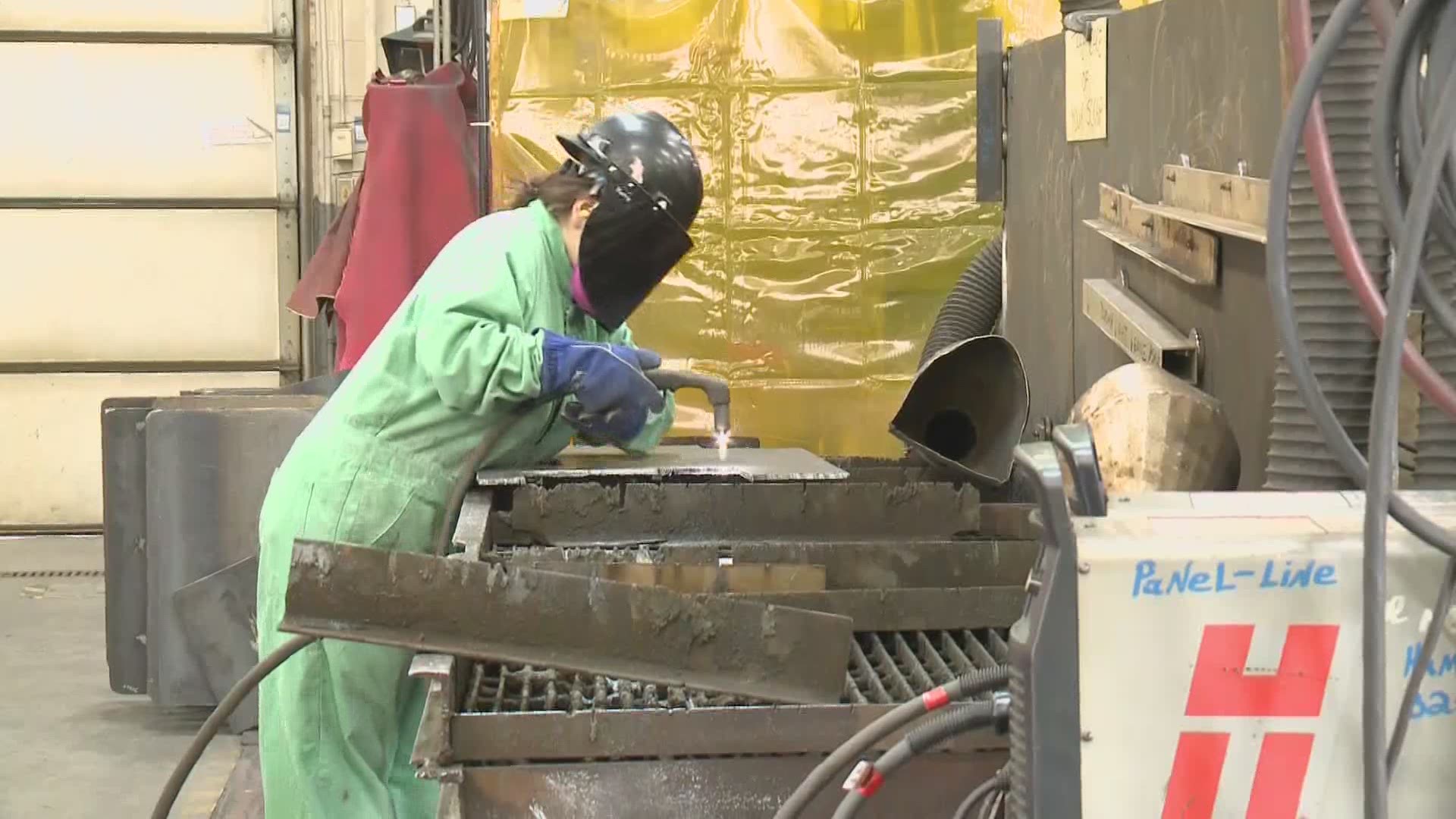 Courtney, a Democrat from Connecticut, is also the chairman of the House Armed Services Subcommittee on Seapower and Projection Forces. Courtney spoke to the media and said he has visited BIW four times in his years of serving as a congressman.

The three are pushing back on the budget, which proposes reducing the number of DDG-51 Flight III Destroyers built, which are built at BIW.

"We have committed to reaching a build rate of 1.8 ships per year by the end of the year on our march toward building two ships per year," Hench wrote in an email.

Golden and Pingree said in a press conference after touring the shipyard that if the budget does in fact decrease the number of ships being built, it could eliminate Maine jobs and eventually lead to the Navy buying ships from other countries.

"We never want to be in the position that we can't build American ship and we have a very well-trained workforce that is growing right now as the shipyard increases its work," Pingree said.

"This is not an easy trade it takes a lot of skills to develop. the navy itself has done research that says it takes 5-7 years to develop an experienced shipbuilder that is hitting their pace it doesn't happen overnight," Golden added.

Golden, Pingree, and Courtney all say that their committees are working hard on the President's budget in order to keep building as many ships as expected.