The Maine Delegation penned a letter to Biden, urging the administration to reconsider a proposal to cut construction of a Navy destroyer 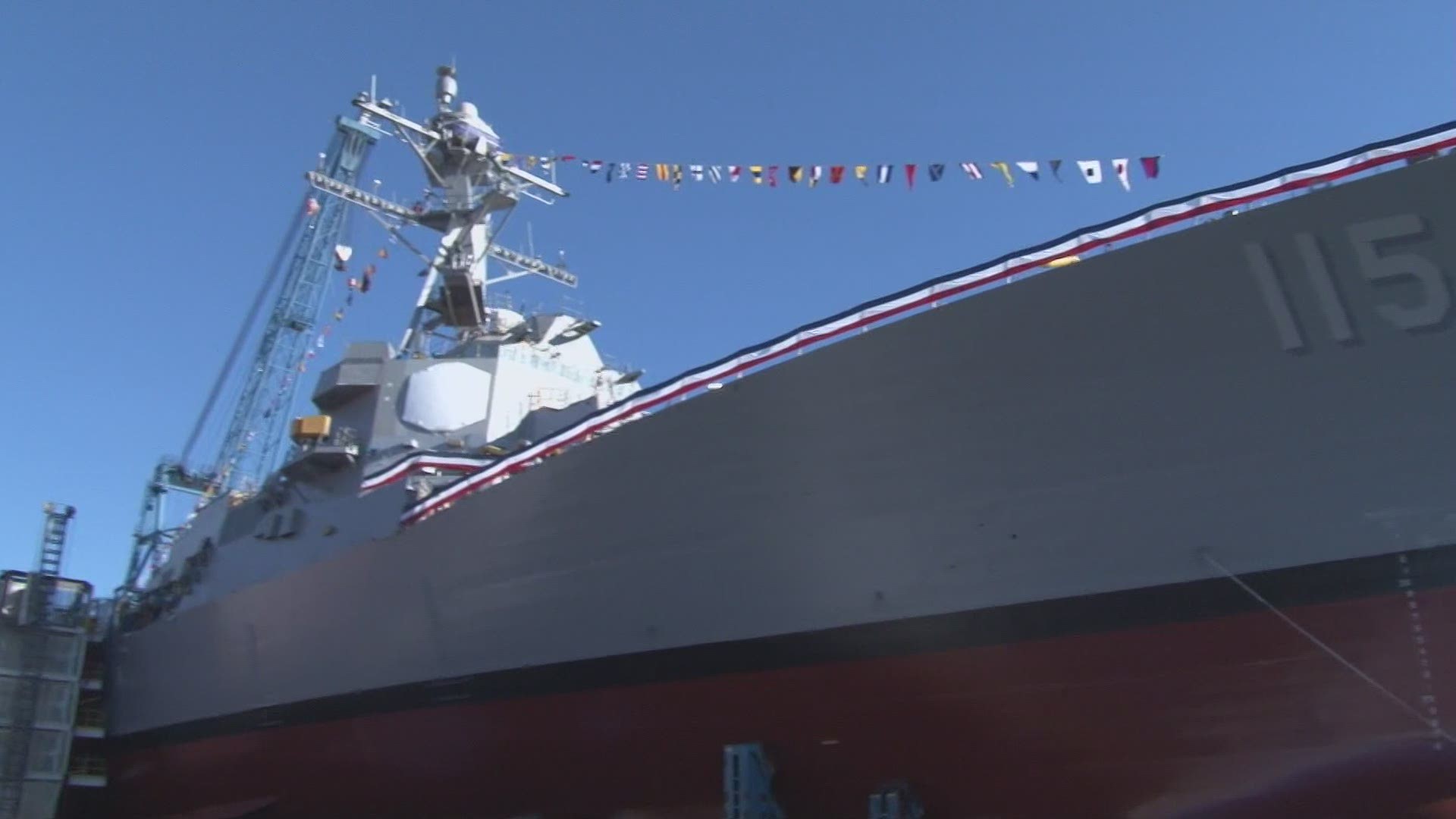 WASHINGTON, D.C., USA — Maine lawmakers in Washington are urging the Biden administration to reconsider a reported proposal that would cut construction of a Navy destroyer made in Maine.

In a letter to President Joe Biden, dated Tuesday, May 18, Sens. Susan Collins and Angus King and Reps. Chellie Pingree and Jared Golden said they are “deeply concerned” about the reported proposal in the Department of Defense’s Fiscal Year 2022 budget. According to reports from Bloomberg, the proposed Navy budget, set to be released May 27, will include funding for eight new vessels, including one DDG-51 Aegis destroyer.

The Delegation said this would be a reduction from two destroyers previously projected “and a significant deviation from the current multiyear contract executed by the Navy and the two large surface combatant shipyards,” including Bath Iron Works (BIW). They said the reduction “would harm the large surface combatant shipyard industrial base and its talented workforce, which have made great progress working to increase capacity and efficiency over the past several years.”

The cuts would also “send the wrong message to China,” Collins, King, Pingree, and Golden wrote in the letter.

“If the United States is to safeguard its future, we must continue to make vital investments in our military and especially our Navy,” they wrote. “China’s Navy has already reached the 355-ship fleet goal set by our own military and the United States Congress, while our own fleet disappointingly lingers below 300 ships. Simply put, the United States is not keeping pace with China on shipbuilding, and an abrupt and short-sighted proposal to reduce planned large surface combatant procurement would hinder our Navy’s ability to compete for years. Additionally, a reduction in DDG-51 procurement would deprive the Navy of essential anti-air and ballistic missile defense systems necessary to successfully operate and project power in the Indo-Pacific, where China has advanced anti-access and area denial capabilities.”

In a statement to NEWS CENTER Maine, BIW spokesman David Hench said, "The destroyers built by the men and women of Bath Iron Works are the most versatile surface combatants in the U.S. Navy and essential components of our national defense. We are hiring and training the next generation of shipbuilders and investing in production facilities to meet the pace of construction required by our contract with the Navy."

Earlier this month during a visit to BIW with Chief of Naval Operations (CNO) Admiral Mike Gilday, Collins and King emphasized the importance of building quality naval ships in Bath.

The CNO plays a key role, Collins said, in determining the Navy's budget priorities. She said she hoped the visit would show Gilday that BIW is past its labor disputes of last year, has a fully engaged workforce, and is in need of funding for some particular projects.

Collins said that funding is important for both national security and the success of BIW workers and their families. BIW provides about 6,000 jobs in Maine that pay well, require high skill levels, and employ people from all 16 counties. It also helps to support workers in other industries, such as restaurants and smaller businesses that provide parts used for shipbuilding.

"Without BIW, Maine's economy would really suffer a terrible blow," Collins said during the trip in May. "Without BIW, the United States Navy would not be nearly as strong, and it would be overly dependent on just one other large shipyard that can build the kind of ships that BIW is renowned for building."