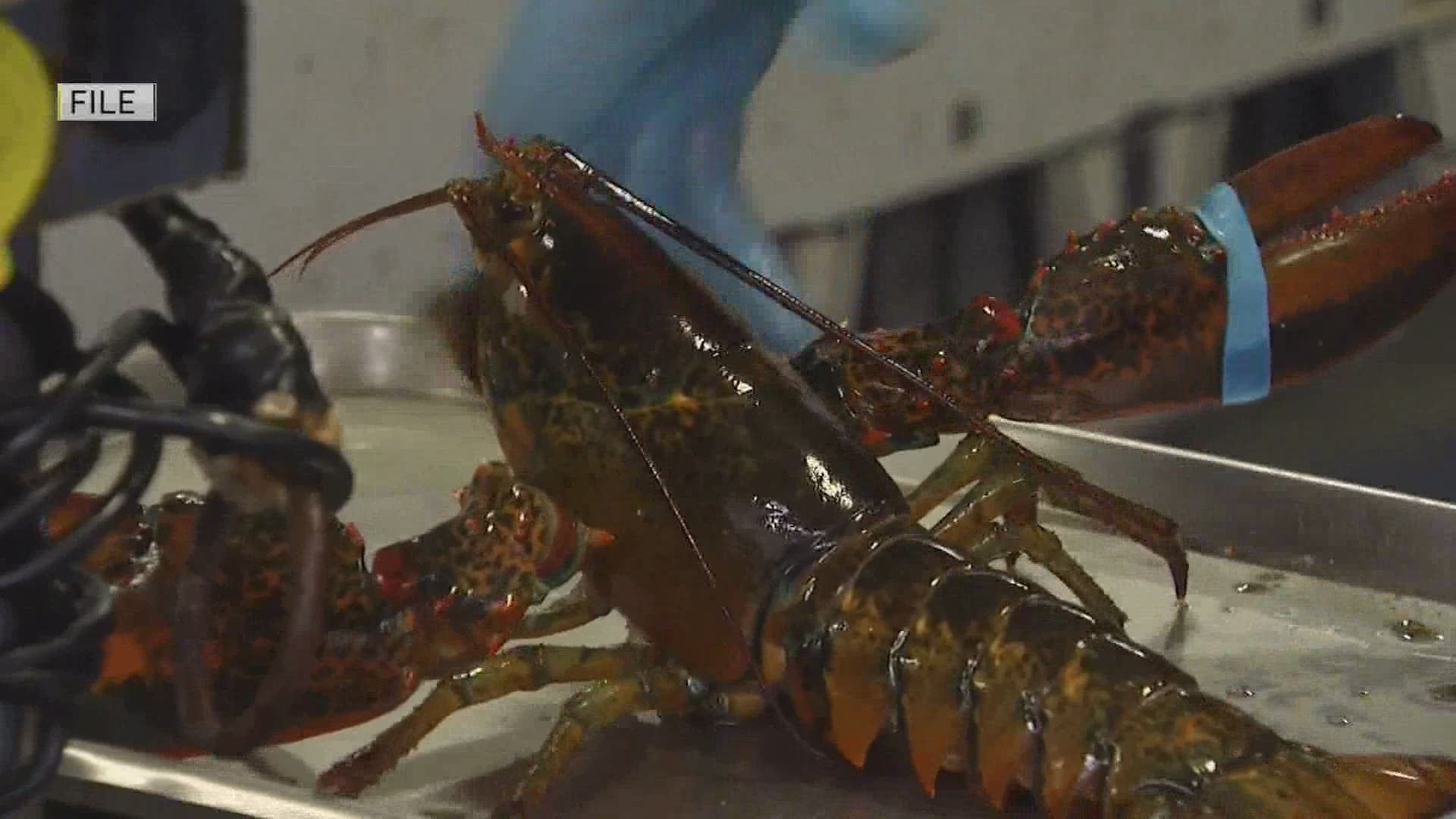 The Trump campaign says the second night's theme featured Americans from all walks of life, who shared "how they are better off than they were before thanks to President Trump’s policies."

In addition to the fishing industry, stories will be shared about the opioid crisis, farming and trade practices, and abortion, among others.

Joyce is the only speaker from Maine who will speak at the convention, according to a list shared by the Trump campaign.

"I have to confess: I didn’t support Trump in 2016. Skeptical that he shared my conservative views, I expected him to flip flop on his campaign promises. But he has followed through on his promises…” Joyce said during his speech.

"As long as Trump is president, fishing families like mine will have a voice…I strongly support President Trump’s re-election. When he sees something isn't right, he’s fearless in fixing it. He listens to working people.”

For months, President Donald Trump has touted his support for Maine’s fishing industry, which has suffered amid tariffs and the coronavirus outbreak. On Tuesday, Trump again boasted about the Maine lobster industry following his administration’s recent tariff agreement with the European Union, writing, "Beautiful Maine Lobsters will now move tariff-free to Europe!"

...More JOBS from Eastport, Cutler, & Jonesport to Stonington, Friendship, and Casco Bay. I am proud to help the great people of Maine!

Earlier this month during an interview with Fox & Friends, Trump said he should win Maine this November because of what he’s done for the industry.

“In theory, I should go down as a great environmental president,” Trump said on the show. “Obama shut down 5,000 square miles of fishing and lobster fishing in Maine…I opened it up for Maine.”

In June on Trump’s visit to Maine, Trump met with leaders of the New England fishing industry and announced he would rescind future protections of the Northeast Canyons and Seamounts Marine National Monument, freeing up areas for commercial fishing.

Trump also mentioned the actions he’s taken to help lobster fishermen with financial assistance to make up for lost income from Chinese tariffs.

Trump also cited the tariffs and opening up the once-protected waters for fishing as reasons why he thinks he should win the state in November.

“I mean what I did for them was…you know…I don’t know that I will. I think I know I'll win half of it. I'll win Maine too but I should win the state. I've done things that no other president would be capable of doing ya know…hate to brag but I have no choice.”

“Trump’s failed trade war with China upended Maine’s vital lobster industry and turned hardworking lobstermen and women into collateral damage," Marra said. "He promised us better trade deals, but instead he instead got played by China, and Maine workers got the bill. Trump will attempt to paper over the damage his disastrous trade policies have inflicted tonight at his chaos convention, but Mainers won’t forget who’s responsible for throwing our lobster industry into turmoil.”

I make my living from lobster fishing, oyster farming, and providing eco-tours in the beautiful waters near Acadia National Park, where I have over 200 years of family history.

I have to confess: I didn’t support Trump in 2016. Skeptical that he shared my conservative views, I expected him to flip flop on his campaign promises.

But he has followed through on his promises, including last week when he brokered a deal to end EU tariffs of 8% on Maine live lobsters and up to 20% on Maine lobster products, which is great news for Maine's lobstermen.

I live on an island with 370 residents, and lobstering is how we provide for our families. Maine's lobstermen are true environmentalists. We practice conservation every day. If we didn’t, we’d be putting ourselves out of business.

Four years ago, the Obama-Biden Administration used the Antiquities Act to order thousands of square miles of ocean off limits to commercial fishermen. They did it to cater to environmental activists. Although Maine's lobstermen don't fish there, Obama's executive order offended us greatly. It circumvented the fisheries counsels’ input.

President Trump reversed that decision, reinstating the rules that allow stakeholder input, and he supports a process that seeks and respects fishermen's views.

As long as Trump is president, fishing families like mine will have a voice. But if Biden wins, he’ll be controlled by the environmental extremists who want to circumvent longstanding rules and impose radical changes that hurt our coastal communities.

I strongly support President Trump’s re-election. When he sees something isn't right, he’s fearless in fixing it. He listens to working people. He nominates judges who respect the Constitution and the right to life. He keeps his word, like eliminating the European tariffs, and moving the US Embassy from Tel Aviv to Jerusalem.

I hope you will join me – this time—in voting for President Trump. Thank you.