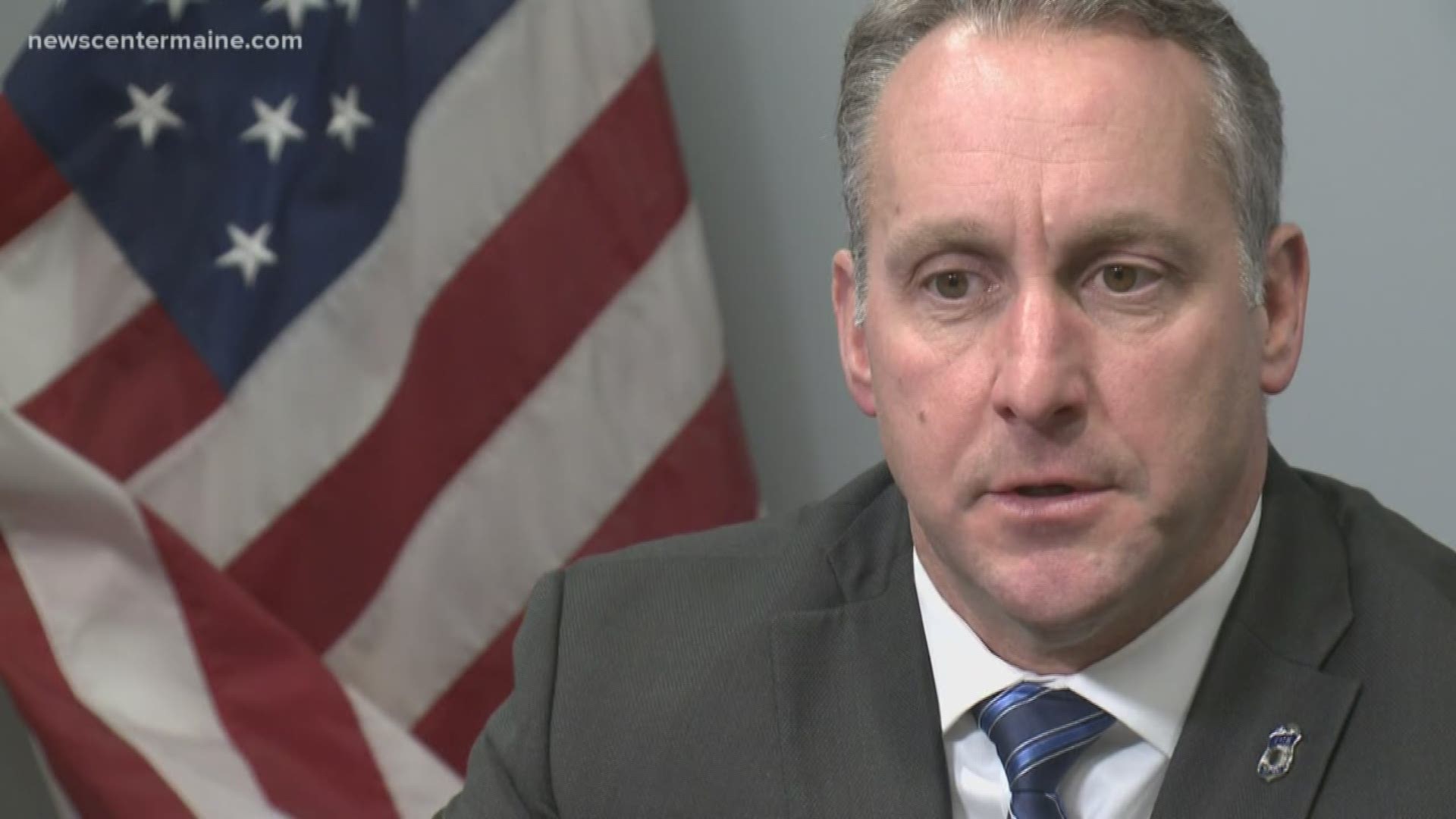 PORTLAND, Maine — Last summer, when word got out that US Immigration and Customs Enforcement (ICE) was opening a new office in downtown Portland, people were angry.

On Monday, the highest-ranking official at ICE and the agency's acting director, Matt Albence came to Portland to respond to some of that criticism.

"They (the agents) are dedicated hardworking public servants who do an incredibly dangerous job in incredibly complex situations."

Director Albence said, "the biggest misinformation in regards to what ERO does is who they arrest and how they go about doing it."

ERO stands for Enforcement and Removal Operations and is the part of the agency that identifies, arrests and removes undocumented immigrants who are a risk to national security or engaged in criminal activity.

Albence said about 90 percent of people ERO arrests are either convicted criminals, have a pending criminal charge or is a fugitive, meaning they have already been through the process, were removed by a judge and failed to comply or were deported and re-entered. 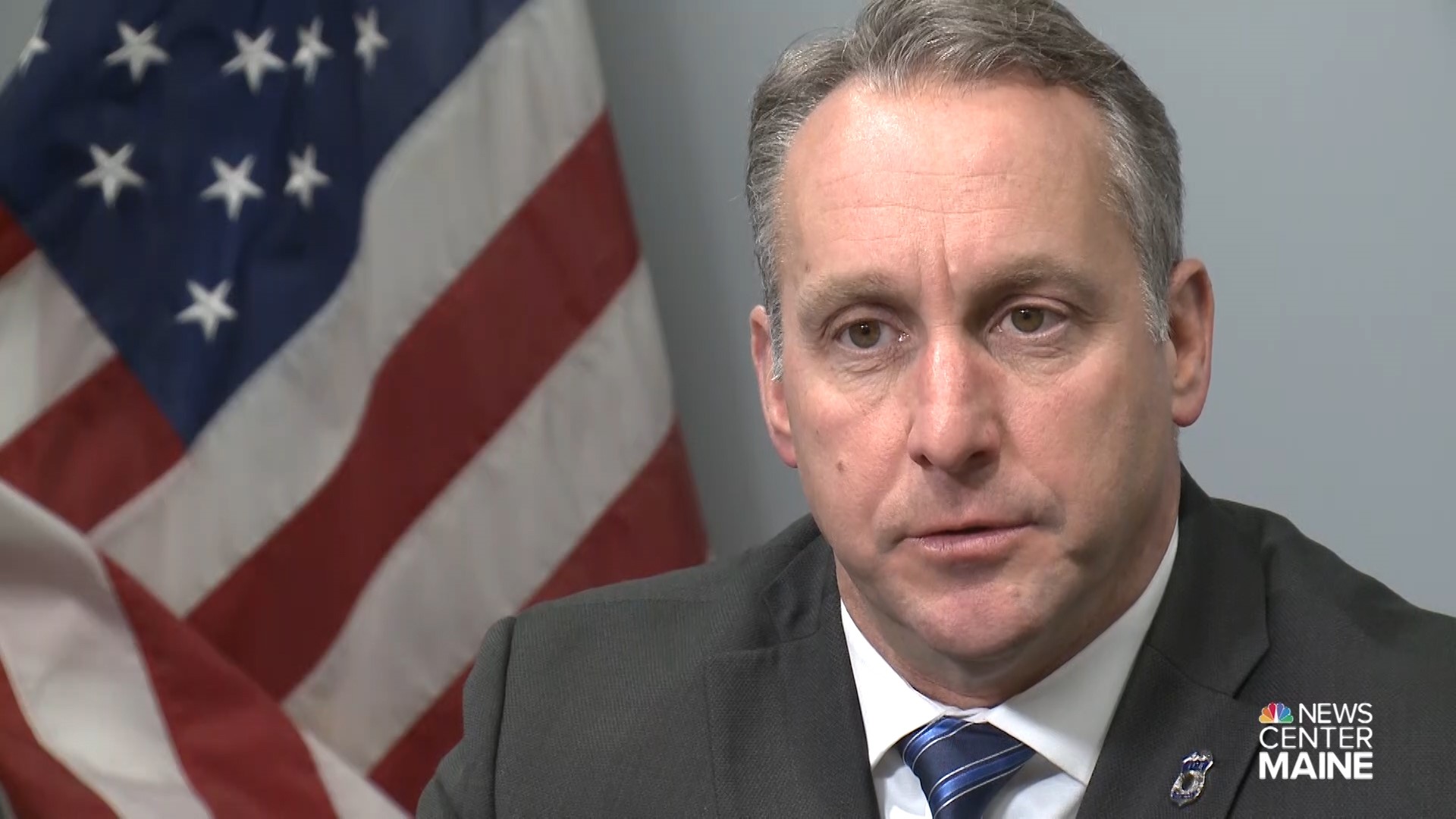 "The vast majority of people ERO arrests are individuals convicted of crimes, the second largest number of people they arrest are those who have been charged with crimes but are still going through the process."

"We prioritize our resources on those who pose the greatest threat to public safety. Do we do so at the exclusion of other individuals that are here illegally? No, absolutely not. We are sworn to uphold the law of this country that we have the authority to do," Albence said.

Since last April. more than 700 asylum seekers have come to Maine from the southwest border. Most of them were from Angola and the Democratic Republic of Congo.  Many of them telling NEWS CENTER Maine, though interpreters that they were fleeing their respective countries for a better life.

Many of the asylum seekers and community members are fearful they will be profiled, picked up, arrested or even deported.

"If they came here as an asylum complaint and are going through the court process, then unless they get involved in criminal activity, we would not take enforcement action against them, Albence said. "There would be no grounds to. But at the end of the court process, if the judge orders them or denies their asylum application and orders them removed, they will be subject to enforcement action."

In the Spring of 2019 there was a surge of migrants coming to the southwest border.  Albence says right now, things have slowed down at the border and that is a positive and encouraging thing, but he says "we're still not out of crisis mode yet."

He says if the pace of people coming across the border illegally remains steady, that'll mean 3-to-4 hundred thousand people a year will make it to the U-S illegally and that he says is too many. Albence says many of the people who are coming to the US are criminals or coming here to do us harm.

One of the issues at the border that generated a lot of anger and heartbreak was the separation of families. The pictures and video of children crying.

Albence says the high volume of families and unaccompanied children were being kept in border control facilities that were not designed or built to house these individuals. Individuals, he says who have to be processed and identified. Albence says part of the crisis at the border was created by smuggling operations and transnational criminal organizations that are involved in using children.

"We sent over 400 HSI (Homeland Security Investigations) agents to the border last year and we've done DNA tests doing family fraud and we prosecuted more than 1,000 cases of individuals who are posing as family units and they weren't. We've had cases where children were being recycled 3, 4, 5 times. So you want to talk about a humanitarian crisis it's these organizations that are taking advantage of our lax immigration laws and loopholes that we have been asking Congress to fix for a decade."

Albence says part of the border crisis is spilling out into the interior of the US, as well.

He says if ICE isn't able to effectively remove undocumented immigrants that a judge has ordered removed the country, then we'll continue to see a high volume of migrants at the border.

"If you're going to have a system which allows individuals to apply for asylum and those with meritoriously claims to meet the threshold and those that don't, that system also has to have an enforcement component on the back end."

Albence says 90 percent of the people crossing the border and claiming asylum will not be eligible for asylum under our nation's laws. He says many come to the US, hoping they'll get released. Many never show up for their court hearing--- knowing there's a slim chance ICE won't be able to locate or arrest them.

"Even if they don't show up for their hearing likelihood of them getting arrested with our small number of 6,000 or so officers within ERO to go and locate and arrest them is very difficult and challenging and that is a risk they're willing to take."

Albence says the biggest change in our immigration laws was back in 1994 during the Clinton administration and those are mostly the laws ICE is enforcing to this day.

"The executive order President Trump put out in 2017 didn't create any new laws in fact it didn't really create any new policies, all it said was enforce the laws that Congress has passed."

Albence says because of that order, ICE has arrested more criminals every year that they did during the Obama administration.

"During the Obama years, we focused and prioritized on criminals, individuals that may be a criminal but depending on the sentence they receive or the crime they committed we weren't allowed to take action. When talking about the fair application of the law that is not a situation that is effective."

Many people and politicians across the country and here in Maine have been vocal that they don't want ICE interfering with undocumented immigrants who aren't a criminal threat and are they're directing their anger at the agency.

"No other federal agency anywhere in this country is ever asked to ignore a lawfully issued order by a federal judge except for this one. And we're not going to do that."

Albence says you will never have a border that is secure if there is not an enforcement of those individuals solely for immigration violations.

"One of the most frustrating and frankly hypocritical things I have seen is when you have Congresspeople who come out and tell us we should be ignoring the laws they themselves have passed.

Albence believes if the vast majority of people truly understood what ICE does and how they do it, he believes the narrative would be a lot different.

"If you look in the media how much is talking about the criminals we remove, the pedophiles, rapists and murderers? I don't see stories about that. No, what you'll see is about the individual that's been here for 15 years gaming the system the entire time and yes, it's heartbreaking and it's sad because they're families involved that might need to be separated. But if you're here illegally and you put yourself in a situation where you know you could be arrested and removed as a result of your actions, whether immigration violations or criminal activities, ultimately the responsibility is on you."

RELATED: 'To be called the Gestapo is appalling' ICE agent sets the record straight on the work they do