The team at New Hermon Mountain Inc. says warmer weather earlier this winter has made snowmaking for trails more challenging -- but business is still doing well. 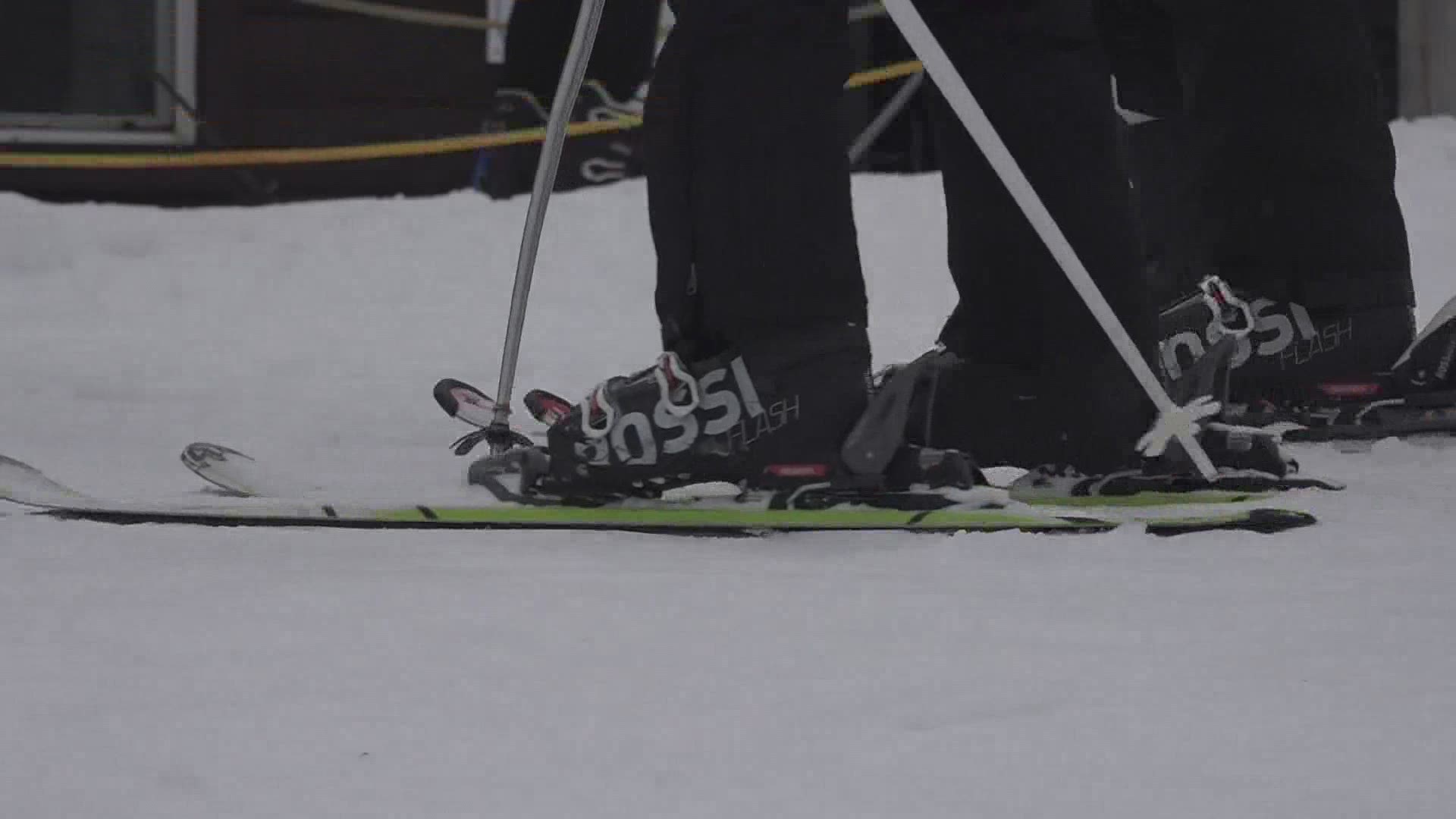 HERMON, Maine — Seeing snowflakes on the forecast doesn't always warrant positive reactions from Mainers -- but in the midst of an odd winter season, there's at least one industry desperate for more snow. Ski resorts around Maine are welcoming any storms they can get, as mid-February rolls around.

Bill Whitcomb is the owner of New Hermon Mountain Inc. He says people from all parts of central and eastern Maine come to ski and snowboard these slopes -- and during a year marked by a pandemic, he has actually seen new visitors, as people try something new in an effort to get outdoors and stay active.

"Our goal (was to) open up and pray we (got) enough money to pay the bills-- and we have, so we're grateful," Whitcomb expressed.

Good morning! @AlexHaskellTV and I are LIVE at Hermon Mountain to talk weather and February vacation. I’ll have details about what business has been like for the mountain so far during an odd winter on @newscentermaine at 5:30 and 6:30 a.m. (Quite the crowd yesterday!) #wakeMEup pic.twitter.com/WyqZgKVgj5

Snowmaking has been a challenge for Whitcomb and his team. There was a lot of rain at the beginning of the season, so the water they use stayed warm. Whitcomb says the cold weather lately has been helpful -- and the snowy, sleety storm Tuesday will create a good base for trails once they're groomed. Despite tough conditions, all of the trails are open, some on just natural snow.

There are some changes in place at the mountain because of the coronavirus pandemic, too. Staff members can't teach large groups lessons anymore -- so instead, they've resorted to private and family lessons. Still, Whitcomb says they're booked every day. The lodge can only be used as a warming hut, per the Governor's orders -- so only 50 people at a time are allowed inside, and people are asked to change in their cars if they can. The rental shop is also limited to only 10 people at a time, which has caused the process to slow down a bit -- but Whitcomb says people have had a positive attitude during this time of need.

"Mainers can fight with each other better than anybody in the world -- but they can also dig down and help each other the same, no question about it. They do care," Whitcomb emphasized.

Whitcomb says he expects the mountain to be slow Tuesday but to pick up after the storm on Wednesday and Thursday, especially since it's February vacation. He also told NEWS CENTER Maine he wants to apologize to people for not being able to provide tubing this year. He says the mountain is set up for groups, so during the pandemic, it wouldn't make sense logistically.