The recent rain washed away most of the snow and frost across Maine, leaving the snowmobile industry at a standstill. 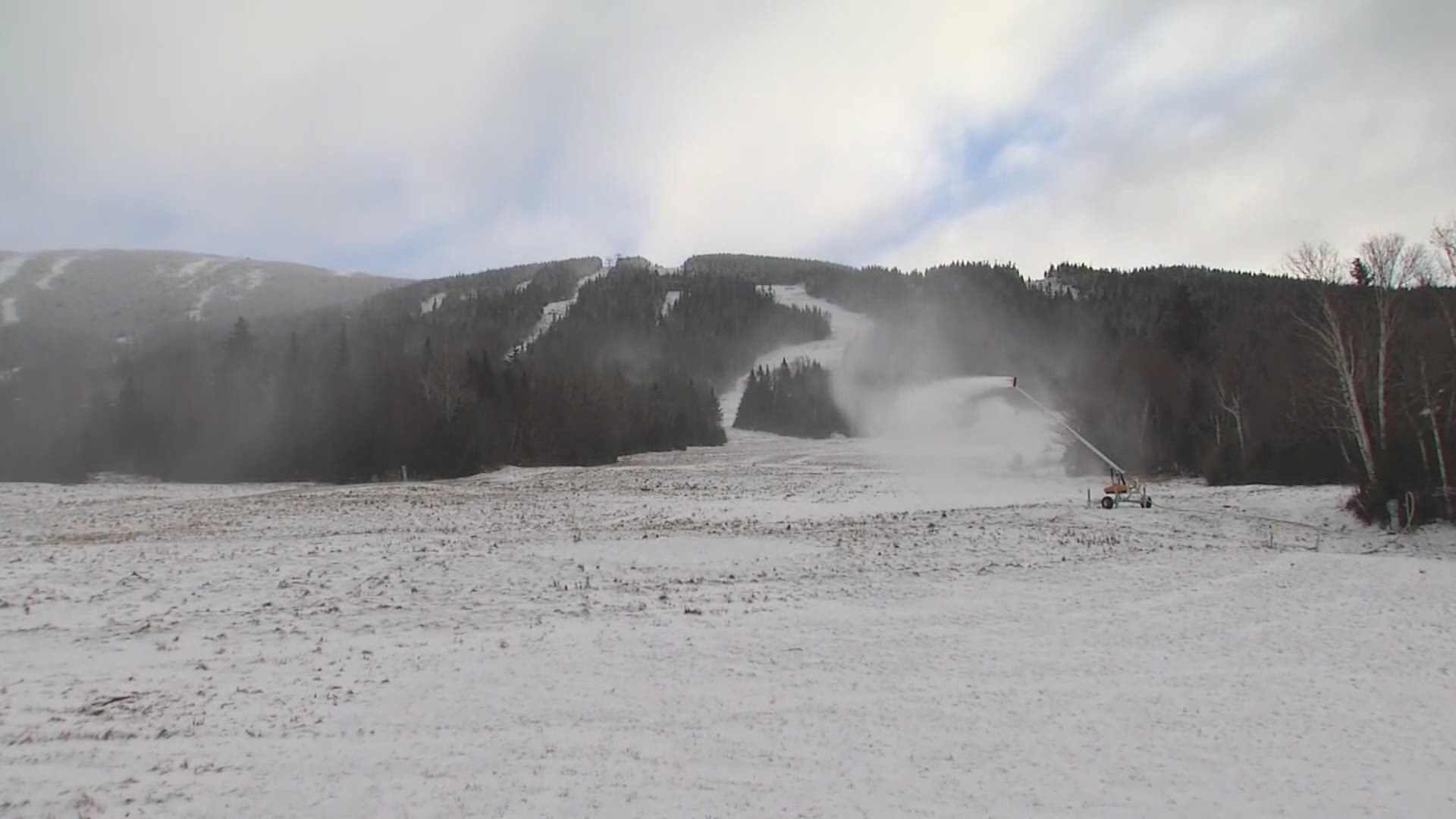 BINGHAM, Maine — As the holiday season wraps up, Maine has lost its winter weather touch. The cold wind may still be around, but the snow that landed across the state earlier this month is all but gone.

The lack of snow may bring cheers from some, but for thousands of snowmobile riders, renters, and affected businesses, the chorus of, "Let it Snow" is still being sung.

Mallory and Scott Newton own the Bingham-based shop that rents ATVs in the summer and snowmobiles in the winter.

The COVID-19 pandemic allowed many Mainers to explore their own state and the outdoors this summer, which resulted in the best season yet for rentals.

The Newtons said they began taking snowmobile reservations as summer came to a close. Booking in advance was great then, but with no snow, 201 Powersports has had to cancel those early season reservations.

“Now (we've) got to try to encompass 12 weeks of business into six weeks if we’re lucky," Scott said.

No snow on the ground may be the biggest concern for the industry before the new year arrives, but it's not the only one. Recent storms and wind have damaged the thousands of sled trails in Maine.

“The wind has caused a lot of trail damage, trees down, and we’ve had to clear and re-clear the trails multiple times," Byron Ogden, trailmaster of the Penobscot Snowmobile Club in Hermon, said.

Ogden said the club has seen an increase in members this year even though no one is riding yet.

Alan Swett, vice president of the Maine Snowmobile Association, expects a similar number of sled registrations as last year -- around 80,000.

The office has already taken several calls from out-of-state riders about trail conditions in Maine. With the Candian border closed due to the COVID-19 pandemic, Swett said more riders will be staying in Vacationland this year.

“And if we get some good snow, they’re going to be fortunate enough to ride some great trails," Swett said.

It may be hard to remember the global pandemic when you're riding, but it's still here. Swett said riders need to plan their trips accordingly and keep safety in mind.

Scott Newton said some restaurants in Maine serve 1,000 riders on a typical Saturday in the middle of the season.

"How are you going to move 1,000 people? Because the reality is the snowmobilers are still coming. If there’s snow there, they’re going to the destinations they want to go to. The problem is they’re going to get there, they might have a two-three hour wait just to place an order," he said.

Mallory said riders need to be patient when dealing with businesses and business owners this season.

With challenges like trail maintenance, dining, and lodging availability, the snowmobile community has its hands full while it waits for at least a foot of snow.

“Twelve inches will give you a foundation. It’s not going to give you great riding per se. You’re going to need maintenance snow after that," Scott said.