Student-captured video of the physical altercation involving the officer and student was given to the independent investigator, but not to Bates College 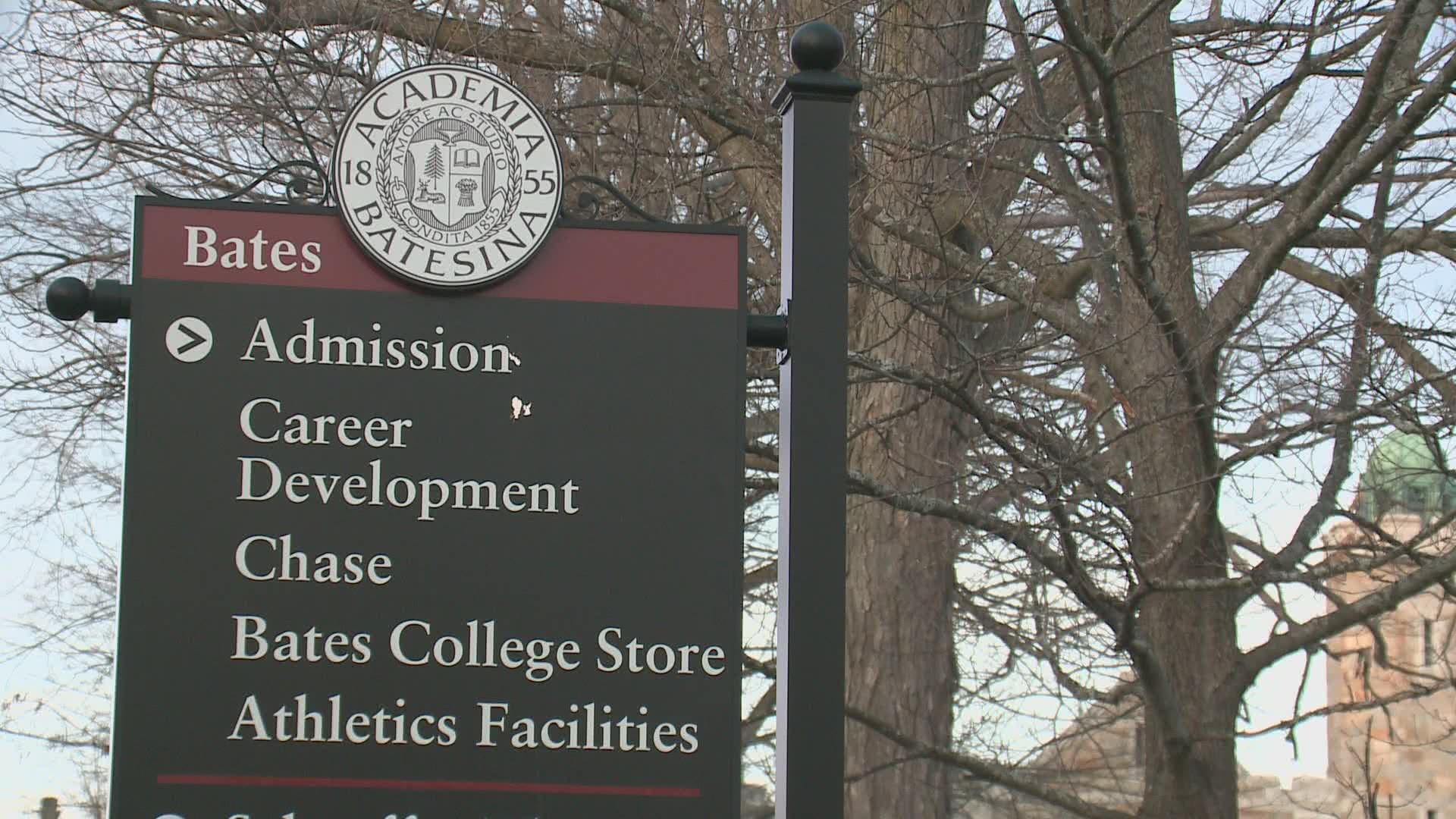 LEWISTON, Maine — A Bates College spokesperson confirmed to NEWS CENTER Maine on Wednesday that its safety officer who was investigated over concerns of an alleged incident involving a student is no longer employed at the school.

According to a report on the external investigation, nine students and three campus safety officers were interviewed, and pictures and videos of the incidents and abuse were reviewed in the investigation.

According to the report, the officer asked eight to 10 students for their IDs while performing a routine check-in in a residence hall. The unmasked students were playing Jenga at the second-floor lounge and some were drinking alcohol.

Five minutes before the officer's arrival, the report says, a student who did not live in the residence hall walked into the lounge and someone handed him a beer. The officer walked up and asked to see the student's ID. The group of students left the lounge before the student in question ran to the stairwell where the physical altercation happened.

According to the report, the officer tackled, tried to restrain, and once again ID the student. The officer called for backup and then handcuffed the student and he stopped resisting. The student received minor injuries to the student's neck and wrist, but the officer did not call for medical attention.

Some of the altercation was recorded by students who gathered to watch. According to the report, some of those students started taunting the officer by making "highly offensive and disrespectful" comments.

The investigation found that the officer violated three elements of the college's Use of Force policy by physically restraining the student, handcuffing him when he was not a threat to anyone's safety, and not calling for medical attention.

The male student violated four student policies for not wearing a mask, drinking alcohol in a residence hall, socializing where the student does not live, and failing to identify himself when the campus officer asked.

Other unmasked students violated policies for that, consuming alcohol, and making disrespectful remarks

In March, a Bates spokesperson said they are not identifying the officer for "confidentiality reasons."

Also in March, college officials said they also learned about another video taken earlier this year in which the same officer allegedly made concerning comments about treating Black students differently than white students.

The video, posted to the Bates Student Rights Instagram, contains audio in which they claim the officer can be heard describing significant differences in the way they approach students of different races.

According to the Instagram post, the officer can be heard saying, “And like I said to him before, anytime that I usually deal with a person of color, I don’t document nothing, OK? I really don’t. I mean, because I’ll tell you, most officers, we are afraid. If a person of color lies, guess what? They're gonna believe that student over us."

"At a time of stress for so many students, and heightened recognition of the pervasive effects of racial bias, we have a duty to fully understand these events and consider their implications for all of our students," McIntosh wrote, in part. "Accordingly, we have placed the staff member on leave, and we will engage an outside investigator to gather information about the Friday incident as well as the broader issue of enforcement practices in Campus Safety."