Three parties in late March caused 129 students to quarantine after close contact with a person with COVID-19, officials said Monday. 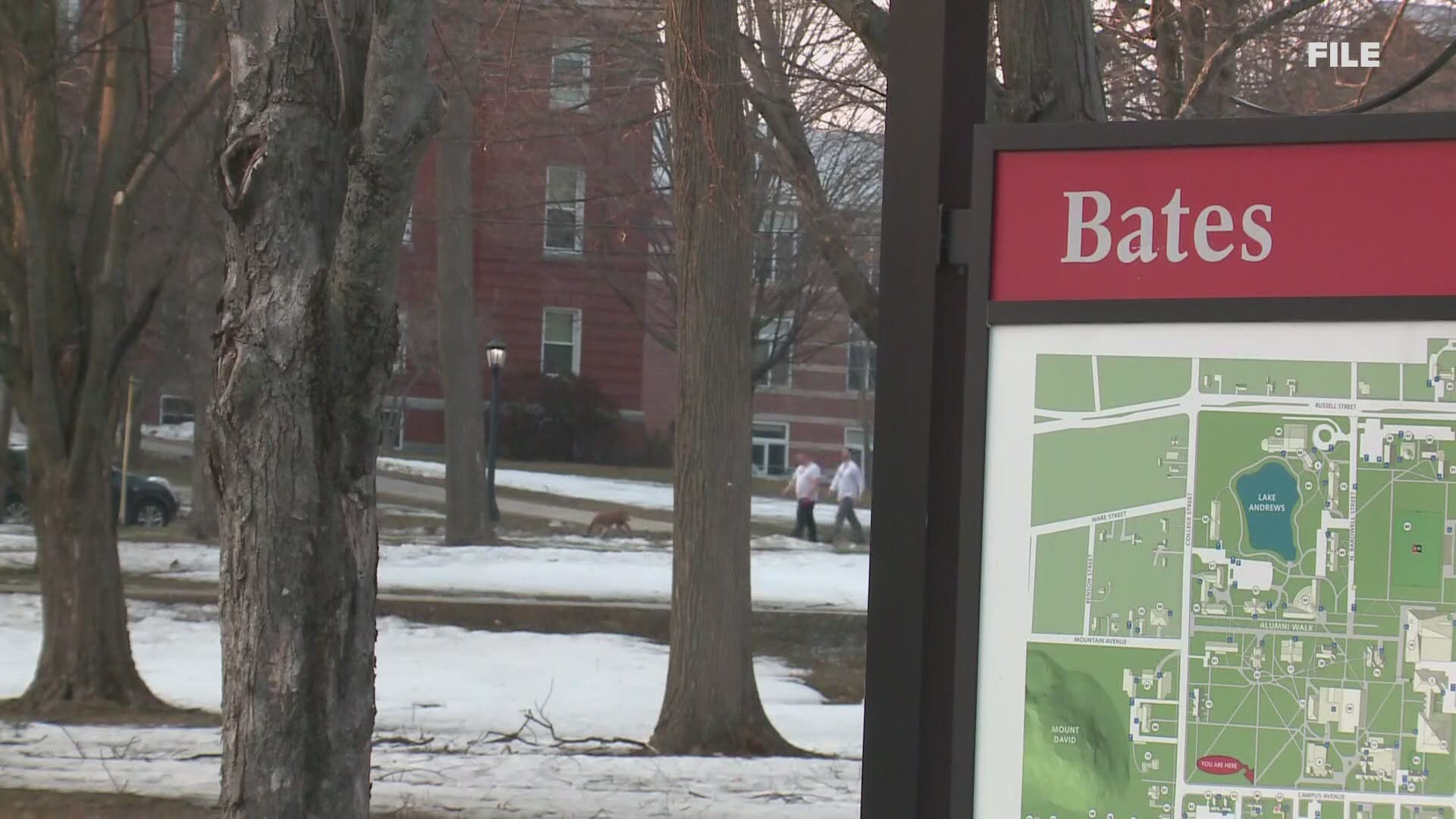 LEWISTON, Maine — The in-room student restriction at Bates College has been extended to April 13 due to reported gatherings that have spiked the number of students in quarantine.

Bates College Vice President for Campus Life Joshua McIntosh sent a new letter to students saying the college is aware of three social gatherings, two on-campus and one off-campus, all likely to be unmasked, that took place on March 26 and 27. Contract tracing has led them to believe that these events are the common source of many of the infections and that partygoers then transmitted the virus to other people.

“There are a number of rumors surfacing that this spike in COVID-19 cases is the result of athletic teams practicing or competing or other co-curricular programs. I want to be unequivocal in responding to this rumor: Not one student has been infected to date with COVID-19 as a result of team practice or competing or other co-curricular program offerings,” McIntosh wrote in the letter.

As of April 8, the college said the number of active student cases is 74.

Maine CDC Director Dr. Nirav Shah said he believes the increase in the number of cases in the Lewiston-Auburn area is driven by the positive cases at Bates.

According to McIntosh, student COVID-19 testing on Monday, Wednesday, and Friday will include both an antigen test and a PCR test and will determine the next steps of the lockdown. McIntosh has been advised by health officials to lift the lockdown when positive COVID cases at Bates are in single digits.

McIntosh said students may only leave their residence hall room or off-campus house/apartment for the following essential reasons:

Students who violate these rules could be removed from college housing and be switched to remote learning for the remainder of the semester.