Country musician Adam Kurtz was tired of people in Nashville not wearing masks so he made a parody song about it. 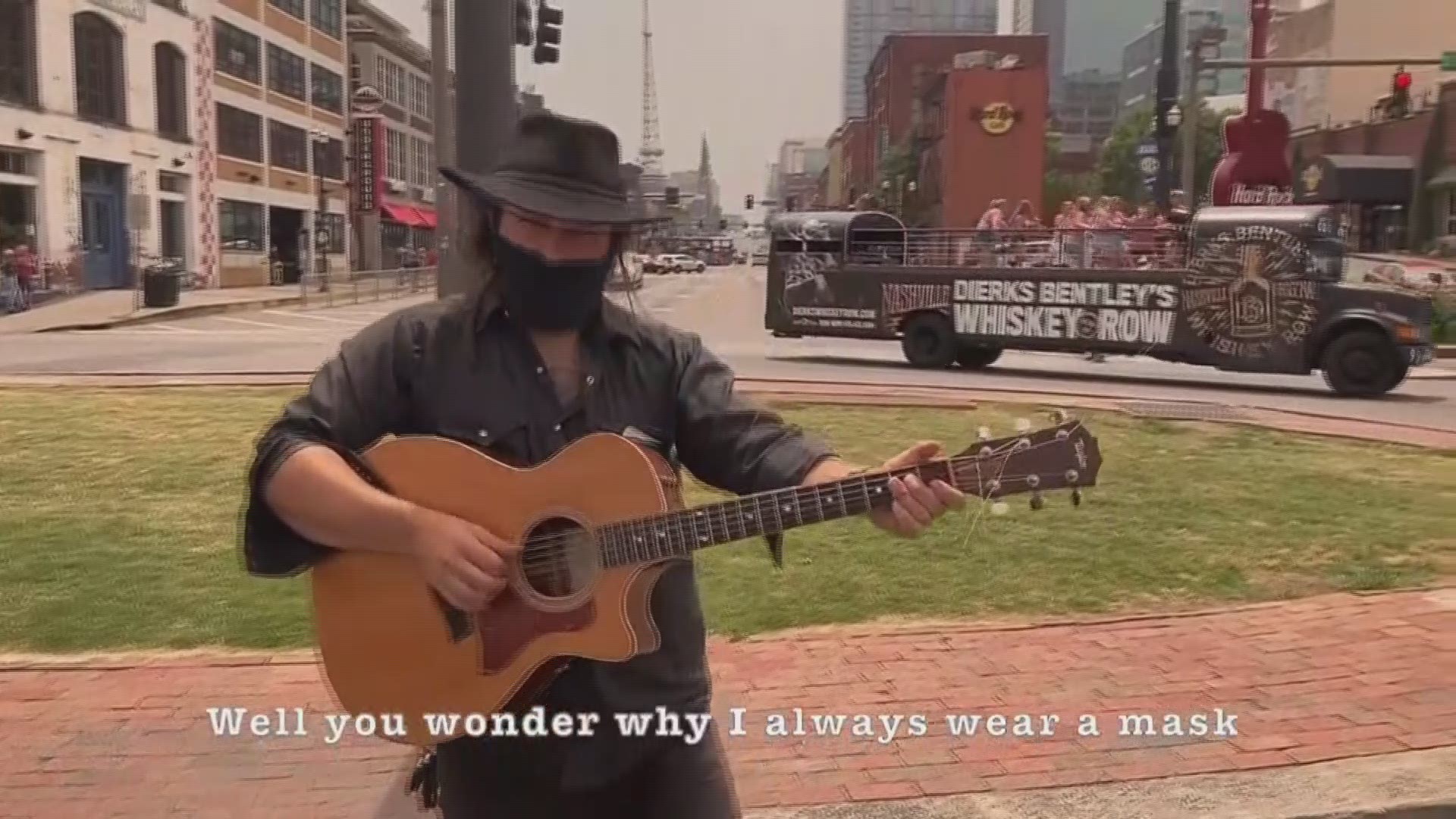 NASHVILLE, Tenn. — Adam Kurtz has lived in Nashville for the last six years playing the twangy pedal steel guitar professionally but he still considers himself a Mainer. Most of his family is still in vacationland and he visits the family home in Harpswell every summer, except of course not this year.

Nashville residents are required to wear masks in public and can even receive a misdemeanor citation if they do not comply with the order but many are still not heeding CDC and public health officials recommendations to do so. Frustrated by this, Kurtz decided to use music to hopefully persuade people to mask up.

Last week he wrote parody lyrics to Johnny Cash's 'Man in Black.' He's calling it 'Man in Mask.' Kurtz, who is not performing currently because of social distancing guidelines and because he says "I don't want to die," enlisted the help of a friend, and shot the music video on his phone in downtown Nashville at spots where many tourists, "woo-girls" and even business owners are not wearing face coverings.

"It's fun. It's lighthearted. It's funny, but not really," Kurtz says of his parody song. "It's one of the most serious issues...We have a pretty easy-to-do simple solution, why won't we do it."

WARNING: The music video below contains some graphic language.

Kurtz says as a preforming musician his career has been put on hold due to COVID-19. People not wearing masks he says directly affects him and his livelihood but also his community so he used the thing he does best to help hopefully make a small difference.

Credit: Adam Kurtz
Adam Kurtz lives in Nashville, but before that lived in Portland and visits his family's Harpswell home every summer.

RELATED: 'An Etude a Day Keeps the Covid Away'