'An Etude a Day Keeps the Covid Away'

University of Maine Professor Jack Burt is hitting all the right notes as he practices through the pandemic. 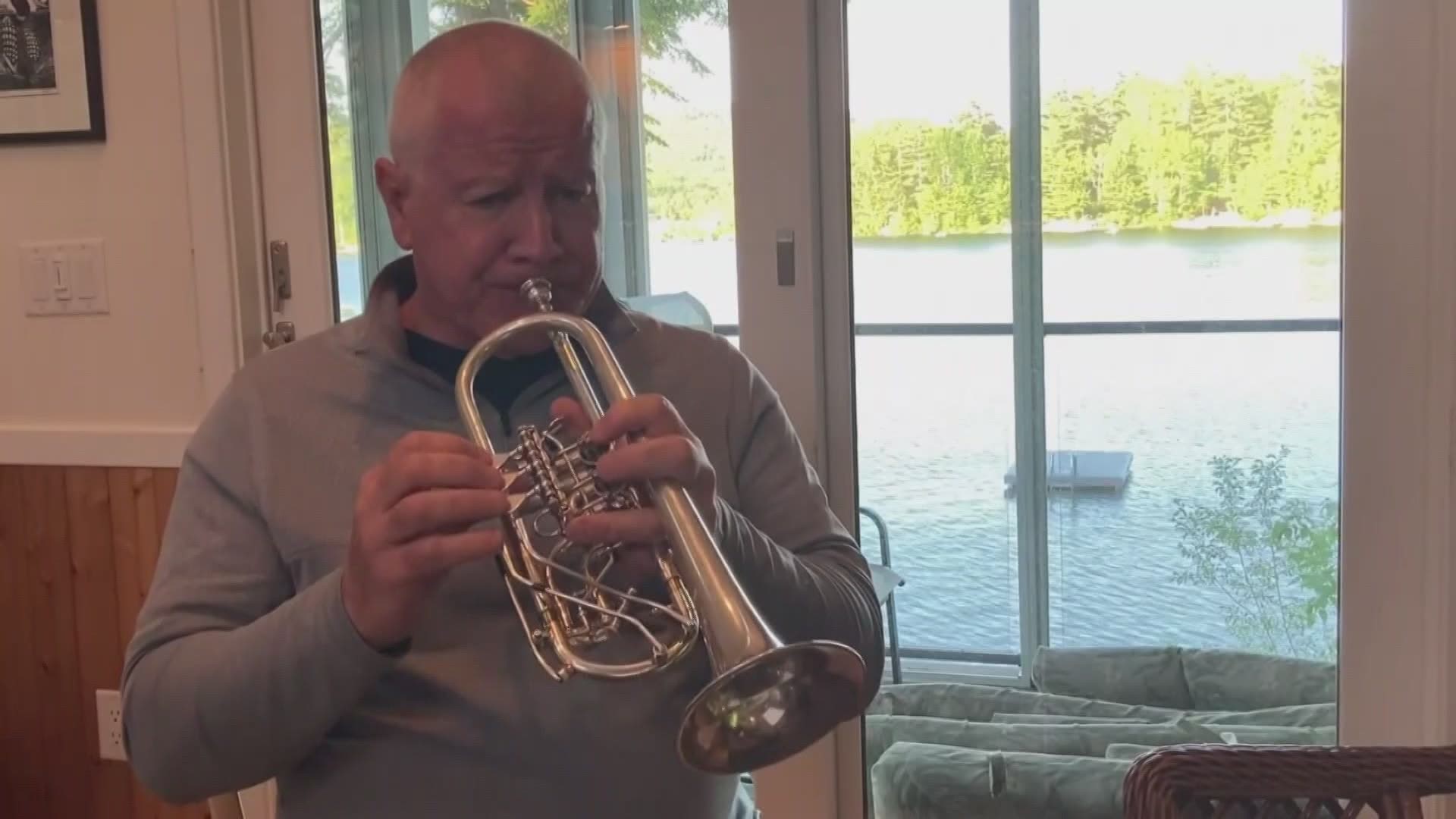 ORONO, Maine — University of Maine Professor Jack Burt has come up with a challenging routine designed to keep himself sharp and at the top of his game. And he’s got scores of people tuning in to YouTube to make sure he’s hitting all the right notes.

Jack Burt is a Professor of Trumpet, and he hopes his latest effort will inspire his students – and followers from all over – to stay at the top of their game.

And as of March, there were no goals – no classes, no concerts, and no performances. Jack noticed on Facebook that someone in the trumpet community -- Jim Wilt, Associate Principal Trumpet of the LA Philharmonic - was posting an ‘Etude a Day from the safety of his practice room’.

"He is literally like an NBA star who can’t play basketball right now." And with that, Jack Burt decided he’d adopt that discipline, and post his own…calling it 'An Etude a Day Keeps the Covid Away'. "I did this basically to stay sane and keep my head out of the news and not get depressed."

What exactly is an etude? "Etudes were kinda like in the middle ground between music and exercises. They are definitely not intended for concerts or performances for the most part. They try to step in to the idea of being music. Their purpose is to work out things on the instrument whether it’s a certain type of articulation a certain type of expression, scales, leaps. There are etudes for beginners, there are etudes that I can’t play. Sometimes it’s beautiful, sometimes it’s just trumpet stuff."

Trumpet stuff or not, to date he’s posted more than 180 etudes. And each one is getting hundreds of views.

"When you turn the red light on, and you’re playing and you know it’s being recorded, your brain waves completely shift. Everything becomes different. You lose that by not using it. So it’s like a soliloquy in Shakespeare, or reading a sonnet. We start at the beginning and we go to the end. If it’s not good enough, we don’t post it," says Jack. "There’s some where it’s taken me four or five days to get to where I say 'I can post that.'"

Some of the etudes run five or six minutes – which is unheard of for trumpet players. "Trumpet players don’t do that. Especially orchestral.  We play – if you think of any major piece of music that you know – we play for 15 seconds and then we sit. And wait. We’re the cavalry. We come in at the end. …it’s very unusual for us to play three minutes sustained without a break. Our chops break down, we’re not meant to do that. And so these are super challenging which is the whole point behind them for trumpeters anyways."

Many of Jack's students are education majors. He hopes during this challenging time that they learn how to function, stay connected and stay committed to their work and their practice.

And Jack and Jim Wilt have stayed in close touch these last few months. "I call him my Godfather on this thing  - we’ve never met but we’re in communication keep in touch with each other talking about what struggles we’re having …he’s kinda saying I wish I hadn’t started this thing but…we feel like we know each other, even though we’ve never met."

Jack’s been a student and teacher of trumpet for almost 45 years and intends keep the rhythm of this practice going through late August. 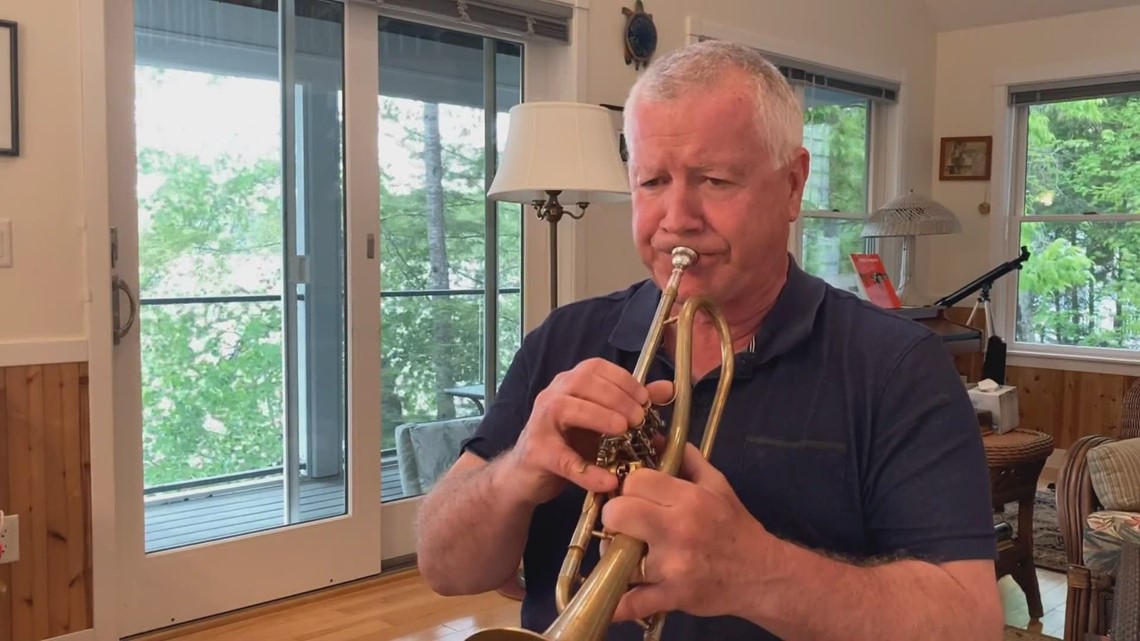 Professor Jack Burt with 'An Etude a Day'
Practice is keeping him at the top of his game during the pandemic.

"Every recording session I do is a mixture of pleading, self-loathing, coach speak “C’mon, you can do it Jack”, but basically I feel like I’m engaged in it and I’m enjoying it. I feel like I’m coming out of this with a sense of having accomplished something and not having wasted my time maybe being of use to people."

Professor Burt is winding down his "Etude a Day" postings -- however because it has become such a habit, he plans to post one "now and then".  If you would like to follow along with Jack's 'Etude a Day Keeps the Covid away" series, click here.

RELATED: The show must go on through a pandemic

RELATED: In the woods of Maine, a slice of music heaven