Standoff involving man with a rifle in Brunswick peacefully resolved

Police arrested Nick G. Christensen, 39, after the standoff and charged him with domestic violence assault. 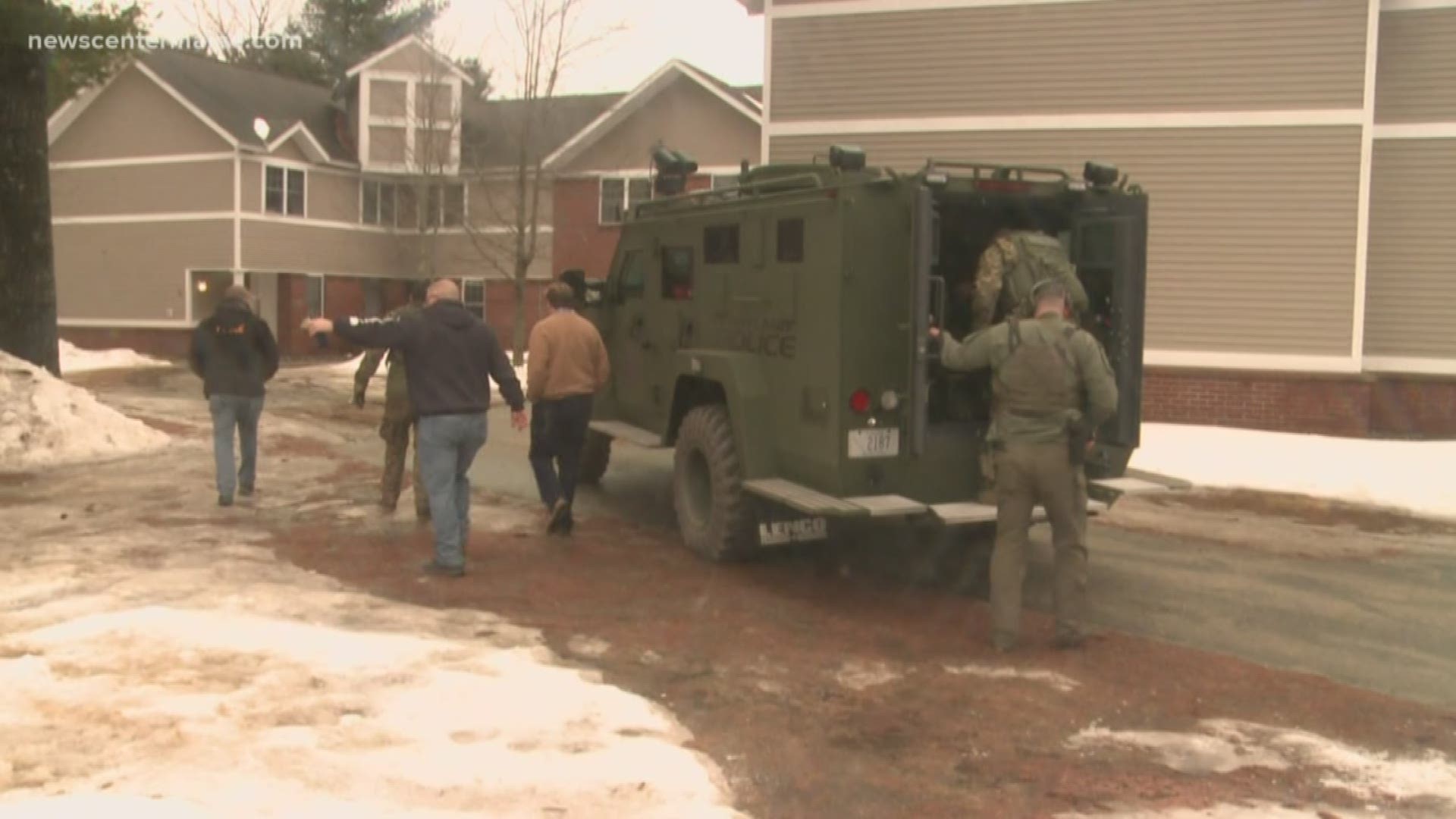 BRUNSWICK, Maine — Nick G. Christensen, 39, was arrested Monday morning following a standoff in the area of the former Naval base in Brunswick.

Christensen had a rifle during the standoff with police, and residents in the area of Neptune Drive to stay in their homes.

Investigators say the standoff started early Monday morning after a call came in at around midnight for a domestic disturbance at 744 Neptune Drive.

Around 8:30 a.m., police were able to peacefully resolve the incident. Police said residents in the area are safe to go about their business.

The man's wife and child were taken out of their second-floor unit safely.

Police attempted using a drone, PA system and set off a loud explosion on the first floor. They also used gas to try and draw him out.

Around 8:25 a.m., the man surrendered and was taken into custody.

Christensen was arrested and charged with domestic violence assault (class D). Police continue to investigate and say additional charges may result after a review of the case by the Cumberland County District Attorney's Office.