The horse's owners say they hope he lives up to his name when he hits the track Sunday at the Skowhegan Fair. 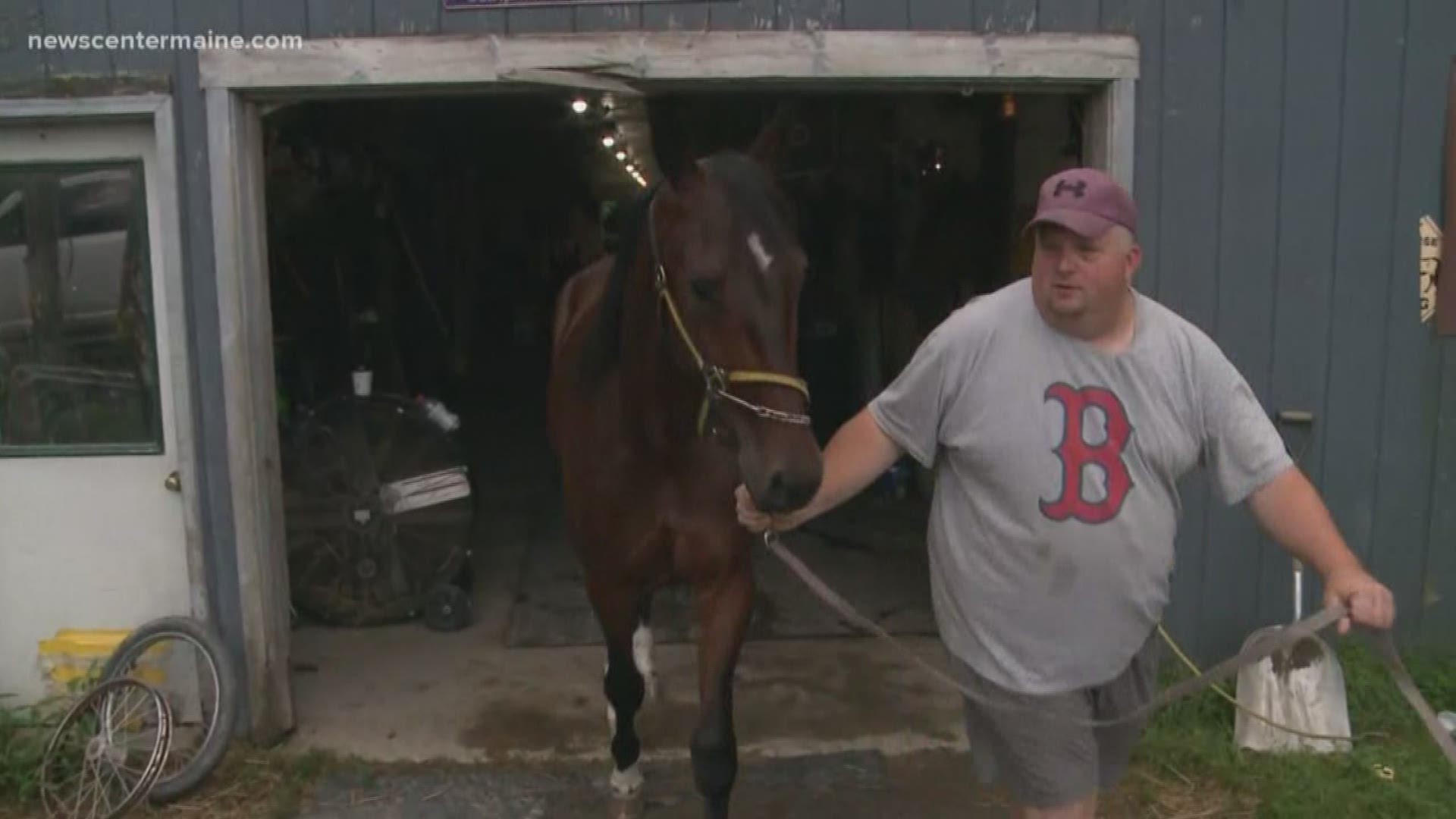 FARMINGTON, Maine — A special horse in Maine will get the chance to race for the first time this weekend in a honor of a fallen hero.

The 2-year-old race horse named "Cpl. Cole" will compete at the Skowhegan Fair on Sunday.

Its owners, Mike Cushing and Joe Bradeen, said they hope it will ensure the fallen Somerset County sheriff's deputy is never forgotten.

"We hope he has the passion and the energy that Eugene Cole did on the street," Joe Bradeen said.

Cole was shot and killed in the line of duty in Norridgewock in April 2018.

That was when Cushing and Bradeen said they bought the horse and were looking for a name.

Bradeen, a retired Lewiston police sergeant, said the event hit him particularly hard after an officer on his own department was shot.

"We had this unnamed yearling, and then this happened," Bradeen said, as he teared up.

The Cole family has been supportive of the mission and even visited the stables in Farmington to meet him.

Credit: NCM
Members of the Cole family, including his wife, daughter and grandchildren, pose for a photo with the horse named 'Cpl. Cole.'

Bradeen and Cushing are optimistic about Cole's success, but admitted it may be some time before he is a winner.

They said they eventually plan to donate some of their winnings to a scholarship fund for law enforcement founded in Cole's name.

"If it's making people talk about Gene Cole and thinking about him again, mission accomplished," Mike Cushing said.

Cole's family members plan to be there Sunday to cheer the horse on.