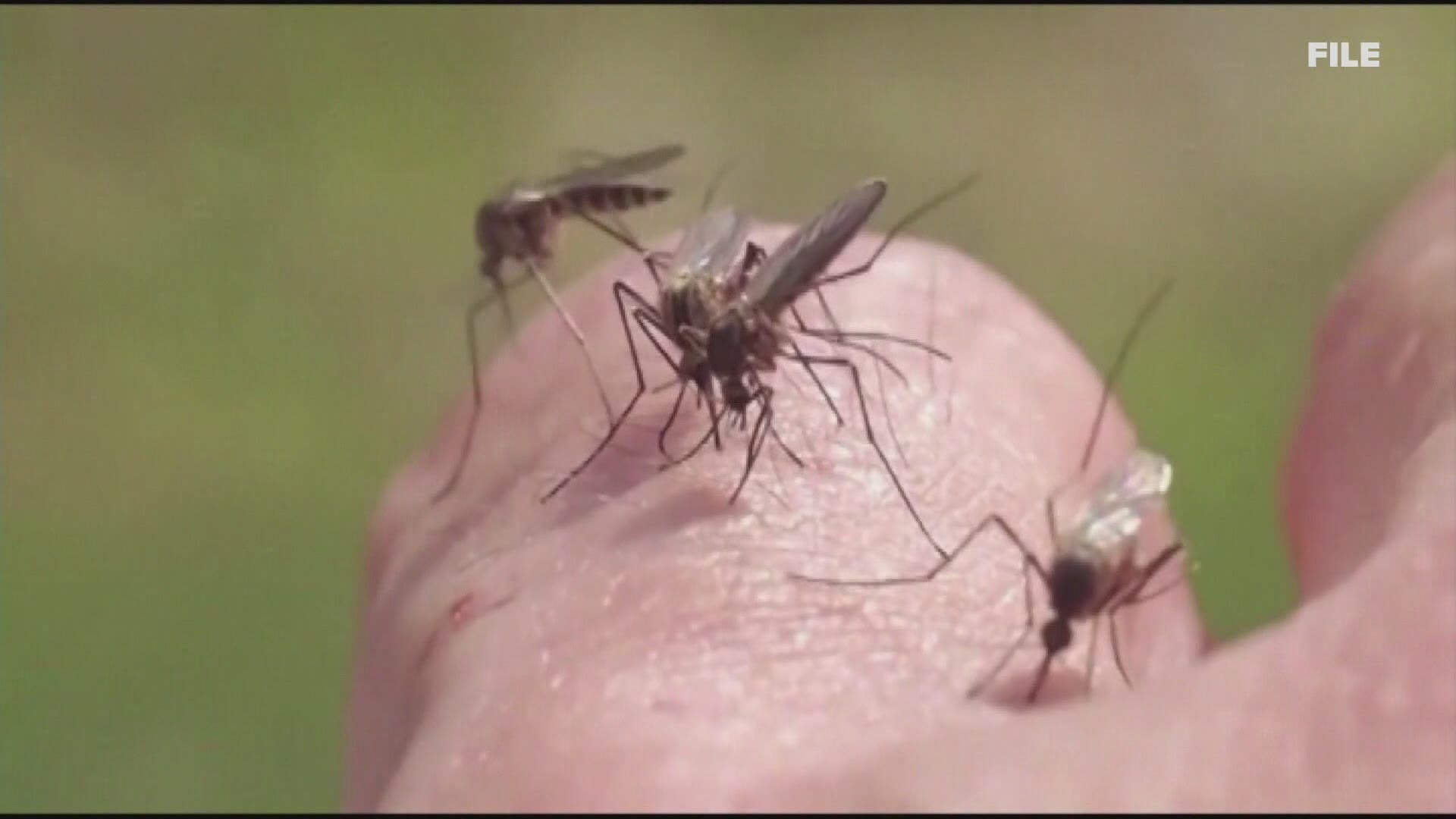 West Nile virus is a potentially serious disease caused by the bite of an infected mosquito that can infect humans, birds, horses, and some other mammals. It’s part of a group of viruses that includes Dengue, Saint Louis Encephalitis, Yellow Fever, and Zika.

The Maine CDC says Maine has not detected WNV in mosquito collections this year, but New Hampshire and Massachusetts have reported positive WNV activity in mosquitoes this summer and fall. This year, New Hampshire has also reported having four cases of the Jamestown Canyon Virus, another mosquito-borne virus.

"However where those mosquitos are present and where they have available water in wetland and urban areas, they can amplify the virus," said Chuck Lubelczyk, Vector Ecologist at Maine Medical Center Research Institute.

Lubelczyk said a good hard frost kills most of the mosquitos. There have been a couple of mornings where temperatures were below freezing in the state, but he said it’s not enough to eliminate the threat everywhere.

“Those coastal areas can be a little milder than inland areas this time of year so the mosquitos may be hanging on a slight bit in those areas,” said Lubelczyk.

RELATED: NH has its fourth case of Jamestown Canyon virus this year

Maine CDC reminds residents and visitors to avoid mosquito bites and remain vigilant throughout the rest of the season. Mosquitoes may still be active when the temperature is above 50 degrees and until the second heavy frost.