The Maine CDC is asking people who were at the Brooks Pentecostal Church between Oct. 2 and Oct. 4 to watch for symptoms of COVID-19. 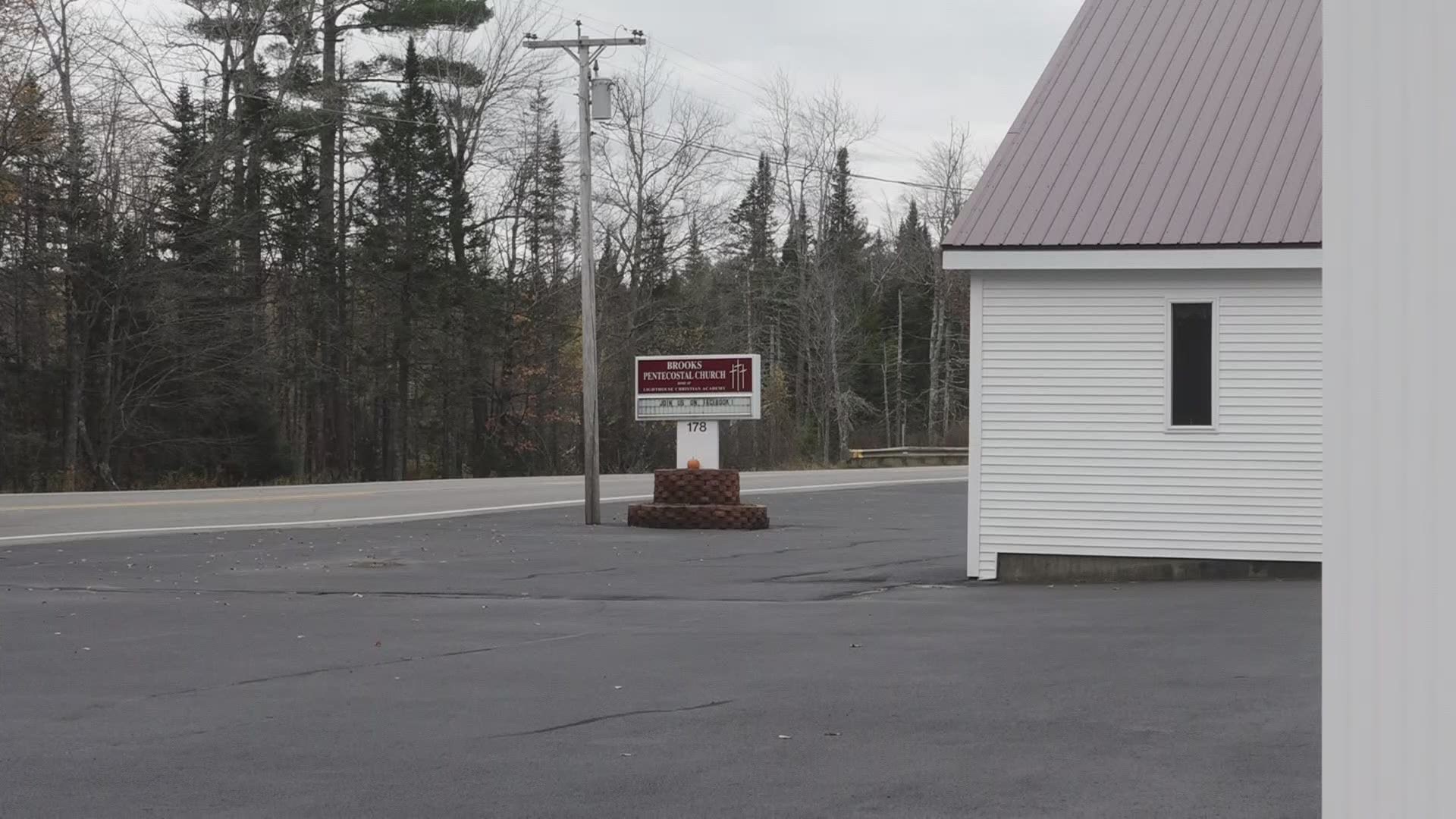 BROOKS, Maine — The number of COVID-19 cases linked to an outbreak in Waldo County now totals 60, an increase of three since the last update on Friday. The Maine CDC says one person associated with the outbreak is hospitalized currently.

Cases associated with the outbreak have also been identified in four Waldo County public schools: Ames Elementary School in Searsmont, Captain Albert Stevens School in Belfast, and Mount View Elementary School in Thorndike. On Thursday, Maine CDC Director Dr. Nirav Shah said Maine CDC is not aware of any transmission having occurred within the schools themselves.

A case potentially associated with Bayview Manor, a residential care facility in Searsport, has been identified. Bayview Manor has completed its first round of universal testing of staff and residents with no additional positive cases found.

Maine CDC has started contact tracing and says people who spent any time at the church or its affiliated school since October 2 should monitor for symptoms of COVID-19. If they experience symptoms, they should stay home and contact a medical provider to discuss testing and treatment.

Additionally, anyone who attended a fellowship rally that the congregation hosted between October 2 and October 4 could have been exposed to the virus and should take the same precautions.

Dr. Shah said Tuesday in the coronavirus briefing that cases range in people aged 2 to 80. Dr. Shah says based on what the Maine CDC knows right now, they expect the number of cases associated with this outbreak to "increase significantly."

Approximately 100 to 150 attended a Brooks Pentecostal Church fellowship gathering from roughly Oct. 2-4. Dr. Shah says he and the Maine CDC were told the event was primarily held indoors, with some activities held outdoors. Dr. Shah says individuals from other churches attended the gathering, including the Charleston Church, the Quaker Hill Church, as well as members from the Faith Bible College in Charleston. Dr. Shah as they understand it, masks were available but not routinely used during the event.

The Brooks Pentecostal Church itself held indoor services, which included between 70 and 100 individuals. The church indicated to the Maine CDC that masks were available but not routinely used at the service.

The church has temporarily suspended service, per Maine CDC's recommendation. On Tuesday, Pastor M.W. Shaw posted a statement to the church's Facebook page, saying in part, "We understand the fear and frustration some have felt. We are comforted at this time that there have been no hospitalizations and, more importantly, no deaths."

The church's affiliated school, Lighthouse Christian Academy, which shares property with the church, has a total of 27 students, ranging from Kindergarten to high school. Data right now indicates seven of the 42 cases are associated with the school.

Cases associated with this outbreak have been detected in other areas of Waldo County:

Dr. Shah emphasizes there are not outbreaks at these schools—there are individual cases at these schools linked to the church outbreak. At this time, the Maine CDC does not believe there has been COVID-19 transmission in these public schools. The Maine CDC and Maine DHHS are working directly with the schools to contact trace so they can be monitored for symptoms and recommend them for testing.