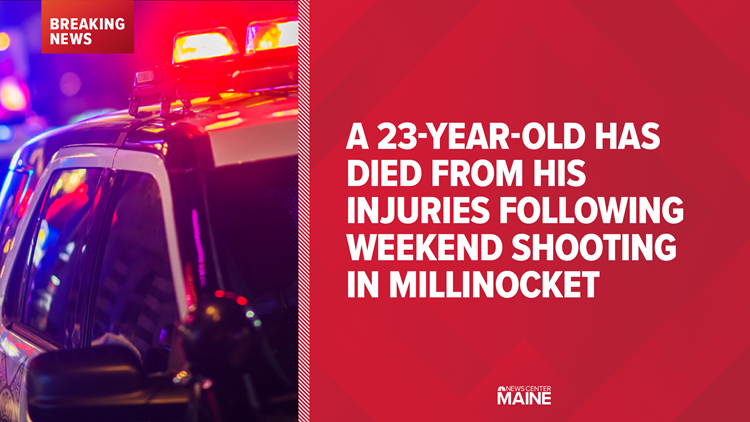 Cameron Pelkey died overnight at Eastern Maine Medical Center (EMMC) in Bangor where he had been treated since the shooting on Sunday.

An autopsy Thursday at the State Medical Examiner's Office in Augusta determined Pelkey died from a single gunshot wound.

Jason Mulligan, 45, was taken into custody Sunday night by the State Police Tactical Team after they responded to the home at 298 Penobscot Avenue around 5 p.m. and found Mulligan barricaded inside.

RELATED: Bangor man charged for shooting another man in Millinocket

Mulligan was later charged with aggravated attempted murder and made his first appearance in court. Mulligan is being held at the Penobscot County Jail.

State Police detectives continue to work with the Maine Attorney General's in the investigation.