Maine's highest court is considering the appeal of John Williams, who is serving a life sentence for the killing of Somerset County Sheriff's Deputy Eugene Cole. 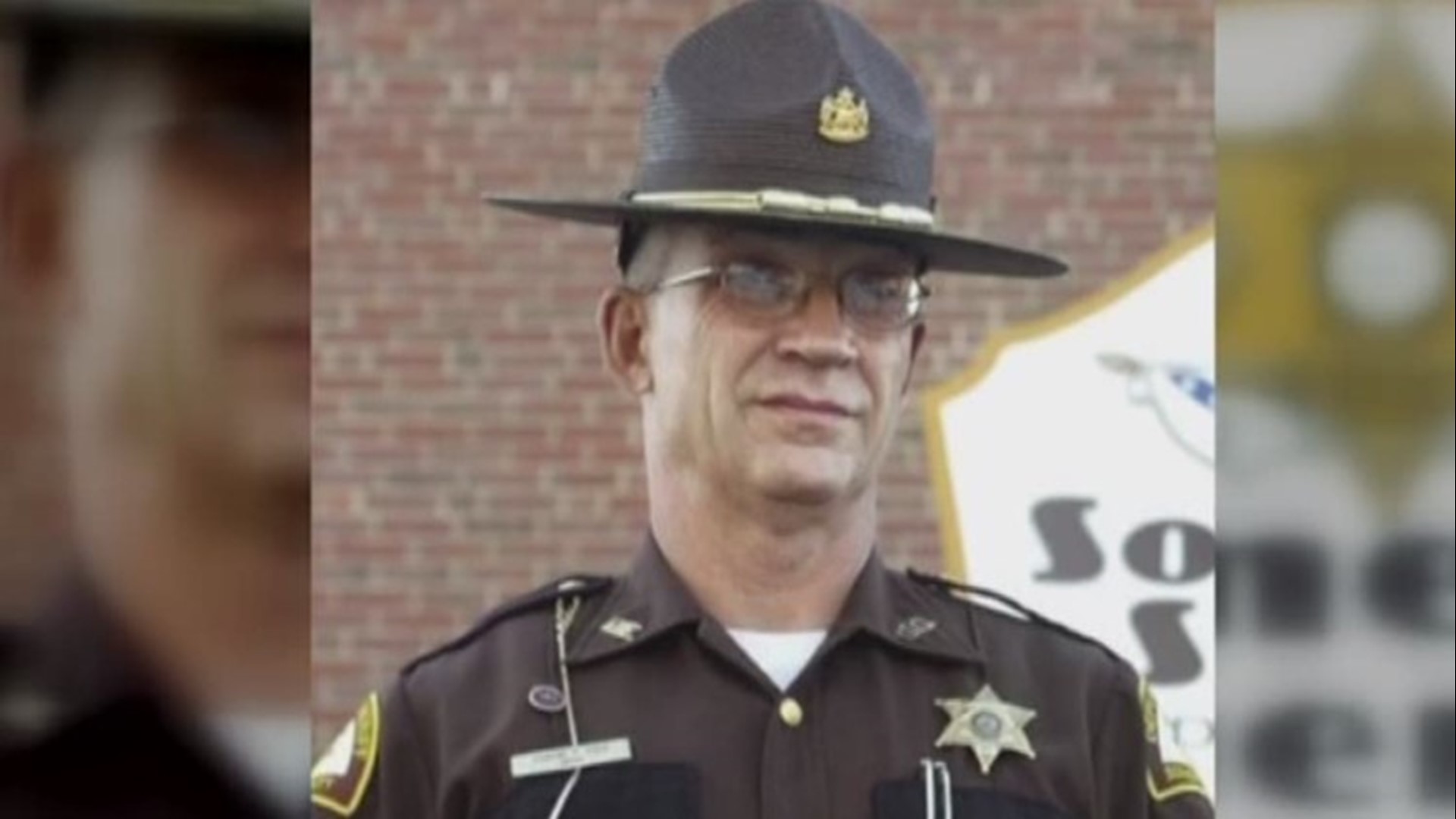 PORTLAND, Maine — John Williams, the man convicted of gunning down a Somerset County Sheriff's Deputy, is seeking a new trial.

The Maine Supreme Court head oral arguments from the his attorney Tuesday morning.

Cpl. Eugene Cole, 61, was shot and killed while trying to arrest Williams on drug charges in Cole's hometown of Norridgewock in 2018. The incident sparked one of the largest manhunts in state history.

Williams was sentenced to life in prison just over a year ago after a jury found him guilty of the killing.

"Given the nature and high profile of this case, I understand that asking for a new trial for Mr. Williams is no easy task," Williams' attorney Verne Paradie said via video conference.

Paradie argued the court erred in denying his motion to suppress a confession because Williams did not waive his Miranda rights and his statements were not voluntarily made.

He added that the fact arresting officers beat Williams before turning him in only further incited fear in his client at the time of his confession.

"Our whole defense was his mental state at the time it happened," Paradie told NEWS CENTER Maine. "He was in pain and he was in withdrawal and he could not have given a voluntary confession under those circumstances."

Prosecutors did not dispute the officers' actions, but noted that video shows officers who later questioned him were kind and caring.

I spoke to John Williams' attorney about the appeal, and how he feels about the fact he is defending the killing of a law enforcement officer. Here's what he had to say. (Note: He does not dispute that Williams' pulled the trigger.) #NEWSCENTERmaine pic.twitter.com/x7sEI5umvm

Paradie also contended that the court should not have allowed prosecutors to recreate their theory of the shooting with a demonstration in front of the jury.

"The in-court demonstration that we now know is inaccurate just had such a prejudicial effect," Paradie said.

Originally seeking a manslaughter charge, Paradie said this single display made it impossible for the jury to reach a fair verdict. Macomber disagreed.

"It tied together various testimony of other experts. As the court has acknowledged in other cases, seeing is believing," he said.

NEWS CENTER Maine asked Paradie about his thoughts on the severity of his client's actions. He does not dispute the fact that Williams took Cole's life.

"Deputy Cole was good man by all accounts, and that is obviously a very sad thing for his family and sad thing for the state of Maine, but Mr. William's deserve a fair trial and I don't think he got one," Paradie said.

The Attorney General's Office declined an interview. The Cole family did not return NEWS CENTER Maine's request for comment.