'It's done.' | Cpl. Cole's wife reacts to guilty verdict with message to her fallen husband

Sheryl Cole took to Facebook to share how she feels after John Williams was found guilty of Cpl. Eugene Cole's murder. 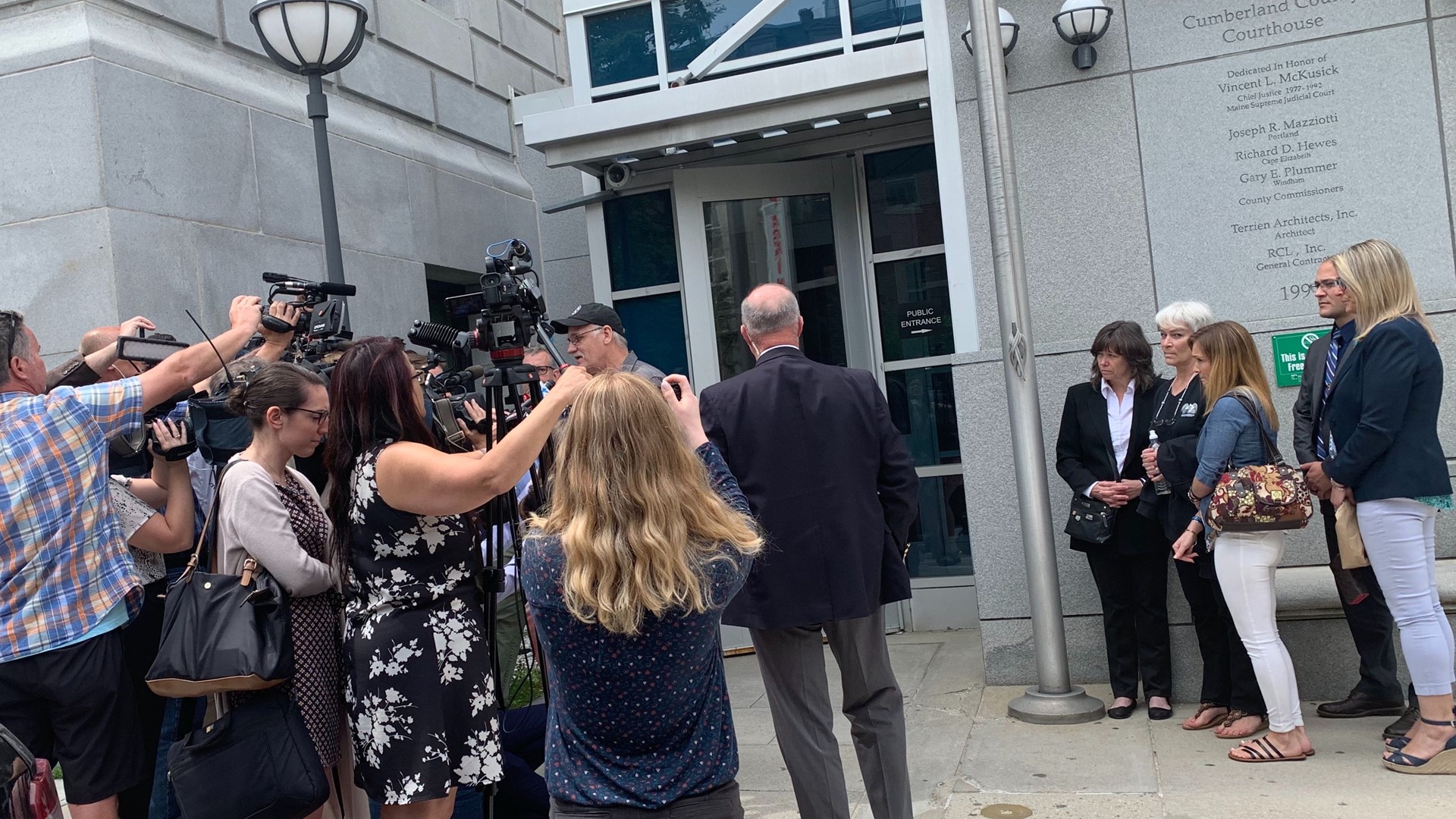 PORTLAND, Maine — “That chapter is over. We are so, so happy for you,” Sheryl Cole wrote in a message to her husband on Facebook Thursday morning.

It has been nearly 14 months (422 days by Sheryl Cole’s count) since fallen Somerset County Sheriff’s Deputy Eugene Cole was shot and killed in the line of duty in April 2018.

“It’s time - once again - to focus on you. Focus on the goodness and kindness that is you,” Cole wrote. “It’s so easy, in the heat of the moment, to say things, to make promises. It’s much harder 14 months later.”

The heartfelt message was posted to Facebook two days after a jury found John Williams, the man charged with gunning down Cole, guilty of murder.

Cole sharing how grateful she was for “all those who worked tirelessly for the outcome.”

The family, including Cole’s daughter and son, cried and hugged as the verdict was read — a resounding ‘yes’ from the jurors echoing through the courtroom.

Sheryl Cole did not speak to the cameras, but in her own time shared publicly how she now feels about her husband’s killer.

“I realized the rest of all our lives cannot be directed by one individual’s act of evil,” Cole wrote. “Instead, in my mind, that individual has now withered and shriveled into a tiny speck of nothing, and we can all flick him out of our minds forever.”

In her Facebook post, the deputy’s wife took the time to reflect on all the kindness that has come out of the tragic loss of her husband.

From a company installing gutters on her home, to community members planning another event in his honor she shared how grateful she is for her community.

Still, she acknowledge the pain that lingers.

“Know I always miss you. I’m beginning to cherish that clawing pain in my heart, for I know it’s you, and our love continuing,” Cole wrote.

Cole’s killer faces anywhere from 25 years to life in prison.

Now that his fate is determined, his victim’s family can look to the future.

“This completes another chapter of life without you,” Cole wrote.