John Williams sentenced to life in prison for the murder of Cpl. Eugene Cole

PORTLAND, Maine — State prosecutors sentenced John Williams to life in prison for the murder of Somerset County Sheriff's Deputy Eugene Cole. Cole, 61, was shot and killed in the line of duty in his hometown of Norridgewock in April 2018.

Williams, who was found guilty of murder in June, appeared in Cumberland County Superior Court for sentencing on Thursday.

"All I can do with my life now is to let my actions speak for themselves," John Williams told the court. on Sept. 12 during his sentencing.

Williams apologized, “for the pain, I caused the family, community, and state and maybe one day I can have your forgiveness.”

Corporal Cole's wife, Sheryl Cole told the judge, "I'm not sure if my soul will ever heal." Cole told the court as she has told the media several times that she is not a widow, but prefers to be known as the wife of Cpl. Eugene Cole.

"The defendant is nothing but a coward, and he will never be anything else," Cole told the court as she admitted she will never forgive Williams but has empathy for his family.

Deputy Attorney General Lisa Marchese asked the judge to give John Williams a life sentence. “He (Corporal Cole) was murdered because he was in uniform. This is why this killing warrants the harshest punishment.”

Sheriff Dale Lancaster of Somerset County said, "It is my hope and prayer that the court sentences John Williams to life in prison."

Jillian Cole, Corporal Cole's daughter said, "My dad was my rock, my go to, and my confidante." "It has been the hardest 17 months of my life." "why did he have to kill my father?"

Williams' attorney asked the judge for a 40-year sentence.

John Williams' mother, Marjorie, told the court she wasn’t the best parent but did the best she could as a single mother. She said John was a happy boy, telling jokes. She spoke about his drug use. “The drugs changed him so much my son was gone."

Court documents show the State Attorney General's Office is finalizing its case by emphasizing the significance of the killing in Maine history.

Cole was the first law enforcement officer to be shot and killed in the line of duty in nearly 30 years.

"It is telling that there are no other known cases involving the murder of a law enforcement officer in Maine with which to compare," the sentencing memorandum stated.

The State is seeking a basic sentence of 70 years, with a maximum sentence of life in prison. 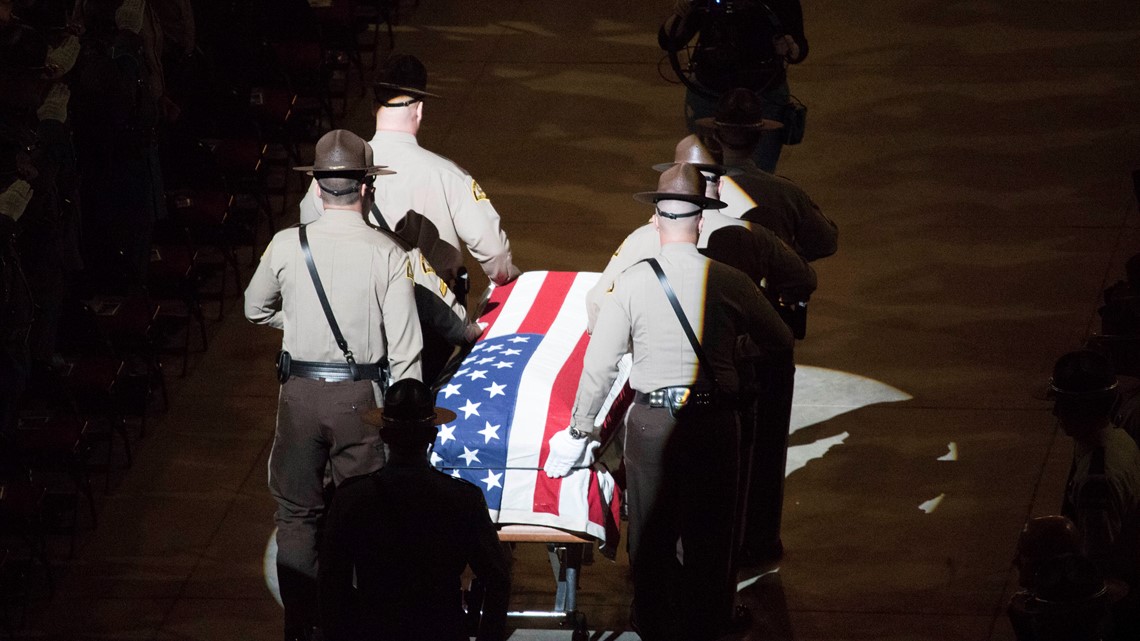 "We believe that John Williams would not have ever committed this act if he had not chosen the path of excessive drug use," Williams' defense attorney Verne Paradie told NEWS CENTER Maine.

Paradie has long argued Williams was under the influence of drugs and acting irrationally at the time of the killing.

He said his team plans to make that argument one last time as they fight for a lesser sentencing of the minimum 25 years.

"He is not the person that one would think would do such a thing," Paradie said.

The State denies any influence of drug addiction on Williams actions.

“It is a significant aggravating factor that Cpl. Cole was murdered because of who he was and what he represented—law enforcement,” the memorandum stated.

Cpl. Cole's wife, Sheryl, took to Facebook asking the public to write and submit victim impact statements by the 'thousands.'

Sheryl Cole told NEWS CENTER Maine she is unsure just how many statements have been submitted so far.

The sentencing hearing is scheduled for 1 p.m. in Cumberland County Superior Court.