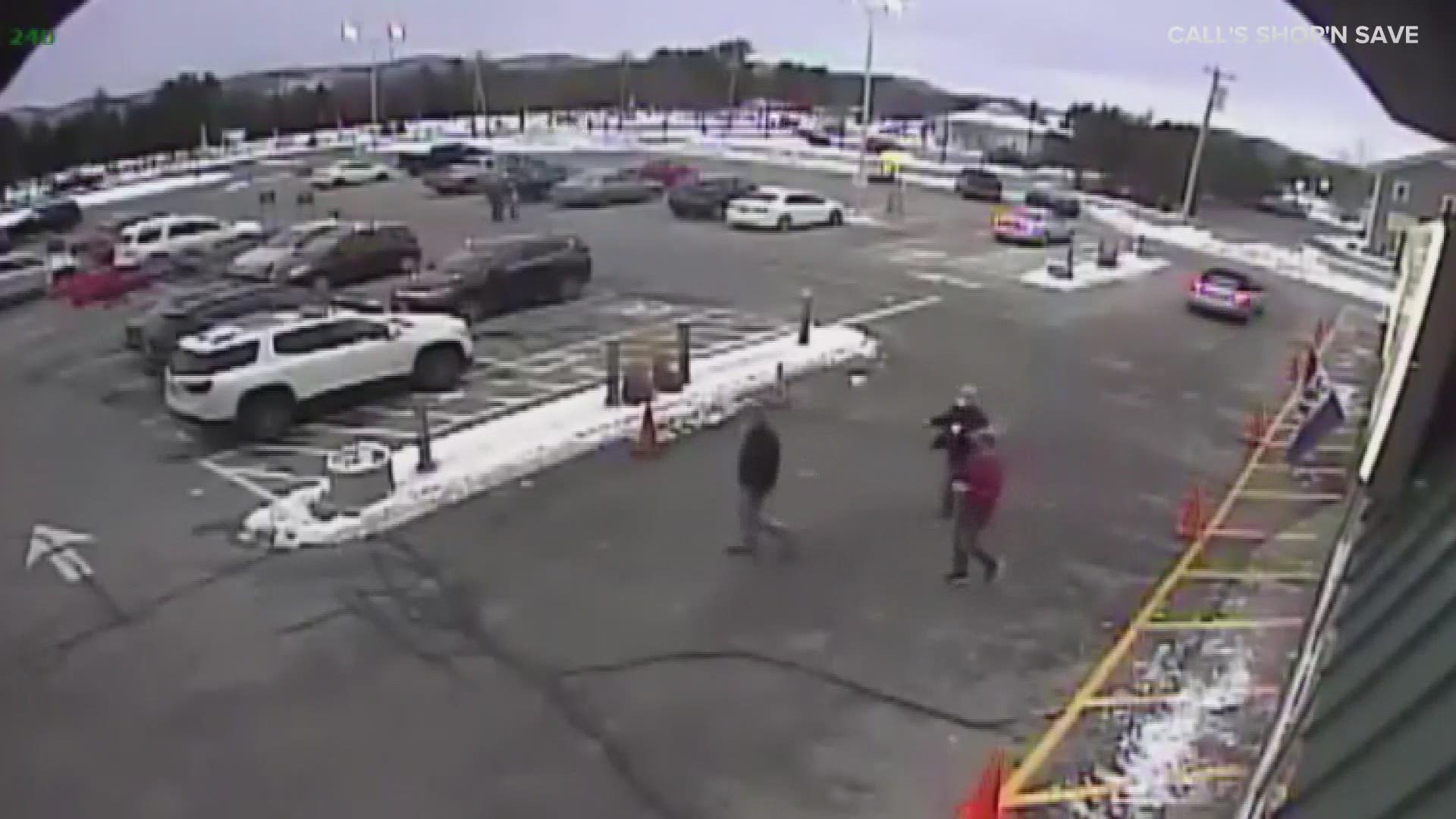 CORNISH, Maine — A man from Maine is facing charges after an incident where he allegedly refused to wear a mask inside a grocery store and attempted to hit the store's owner with his car.

Sanborn was captured in surveillance video throwing his cart full of groceries inside the Calls Shop'n Save in Cornish after management confronted him for not wearing a mask, according to officials.

A #Maine man is facing charges after allegedly hitting the owner of a grocery store with his car after a dispute over #mask wearing. @GovJanetMills announced a new executive order today to strengthen enforcement of the mask mandate in all indoor public spaces. #NEWSCENTERmaine pic.twitter.com/1oOsb4P19U

He then was asked to leave and escorted to his car in the parking lot by several store employees.

Video showed Sanborn's car backing out of a parking spot then pulling back in as the store owner attempted to take a picture of his license plate.

Sheriff's deputies said the store owner was struck in the leg but was not injured.