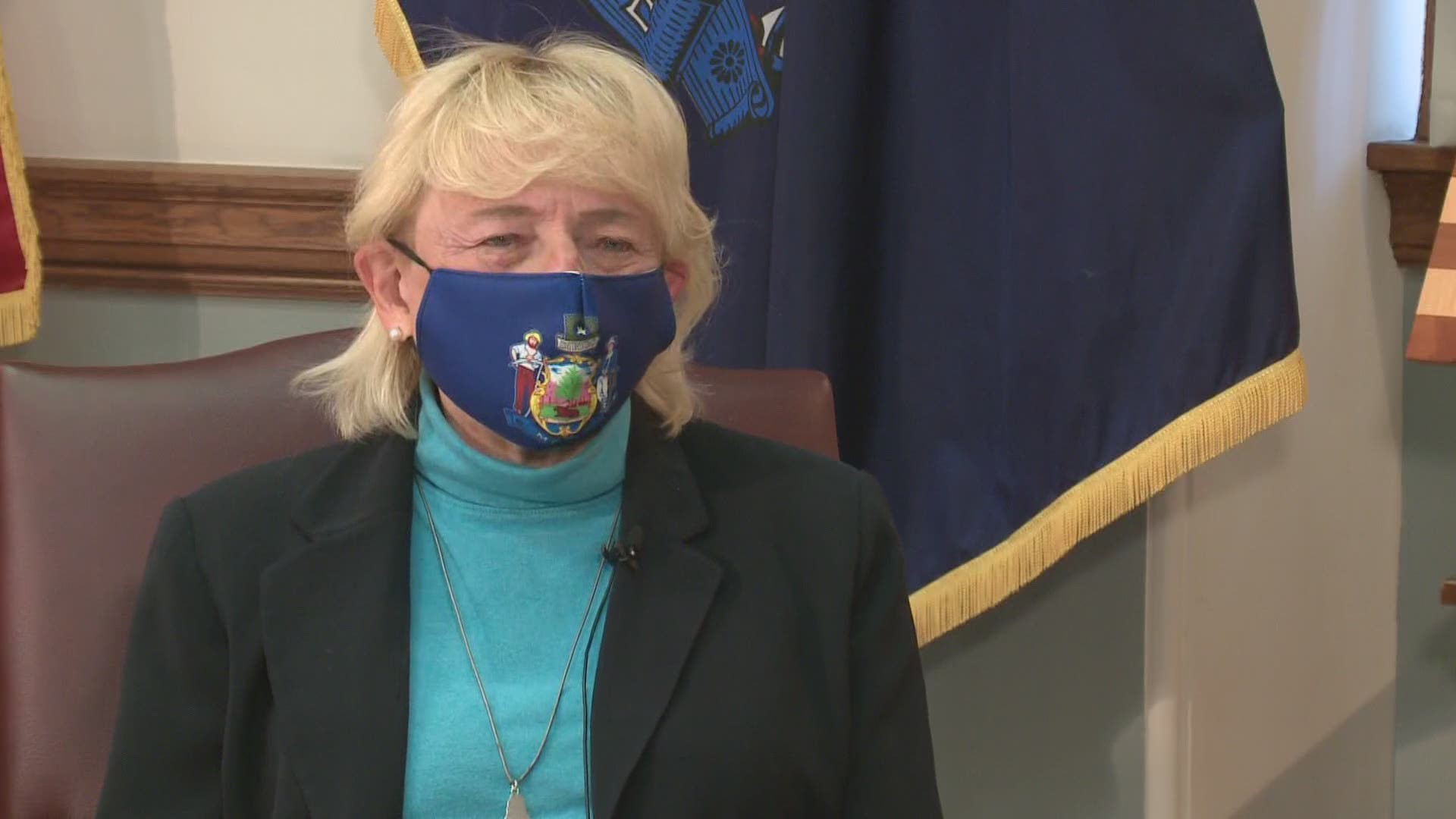 FARMINGTON, Maine — The Farmington explosion may have happened a year ago, but it's had a lasting impact on Maine state law and day to day practices within our fire departments.

NEWS CENTER Maine’s Hannah Dineen sat down with Governor Janet Mills on Tuesday, the day before the one-year anniversary of the Farmington explosion to reflect on the tragedy.

The devastating event struck a particular chord with the Governor not only because of its magnitude, but because Farmington is her hometown.

Governor Mills said, “I think it was pretty shocking for everyone in town and surrounding towns as well.”

It was particularly shocking in a small town, where everyone is seemingly connected.

“My daughter worked for LEAP for many years,” said Mills. “It's a very tight-knit community…that's my hometown. When something affects your hometown, it hits you pretty deeply.”

It was important to Governor Mills to create tangible change in the wake of the tragedy.

RELATED: How the Farmington explosion one year ago changed Maine state law

In the year that has passed, as Farmington tried to heal, the state made two significant changes to help protect firefighters and to ensure something like the LEAP Inc. explosion doesn't happen again.

First, 'gas detection meters' were distributed to every fire department in the state that didn't already have them.

Old Orchard Beach Fire Chief Fred LaMontagne said, “It's not a be all end all, it's not a single decision maker, but it's a critical tool for us as we move forward.”

Lamontagne said these tools give him and his crew's peace of mind.

The other safety change, a new law requiring 'dig safe' professionals to survey any area with liquefied propane gas lines ahead of digging.

Truman said, “We have them to prevent damaging or anyone hitting any of the utilities primarily for the safety side of things.”

“If people follow the dig safe systems and make the proper notifications to all the utilities and have conversations with the property owners where they're doing the work, it's going to work.”

In addition to arming our firefighters with the proper gear, Governor Mills said with Maine's aging workforce, we need to encourage young people, of all genders and origins, to become more involved in the community fire effort.

The goal is that with these new measures, we can avoid a disaster like what we saw in Farmington from ever happening again.

Hannah Dineen asked Governor Mills is she believed enough had been done to ensure this never happens again.

The Governor responded, “We’re doing everything we can to address the issues that came to light as a result of the explosion.”

Watch the full interview below: