How the Farmington explosion one year ago changed Maine state law

L.D. 1892, "An Act To Make Changes to the So-called Dig Safe Law", was signed into law in March to include liquid propane lines. 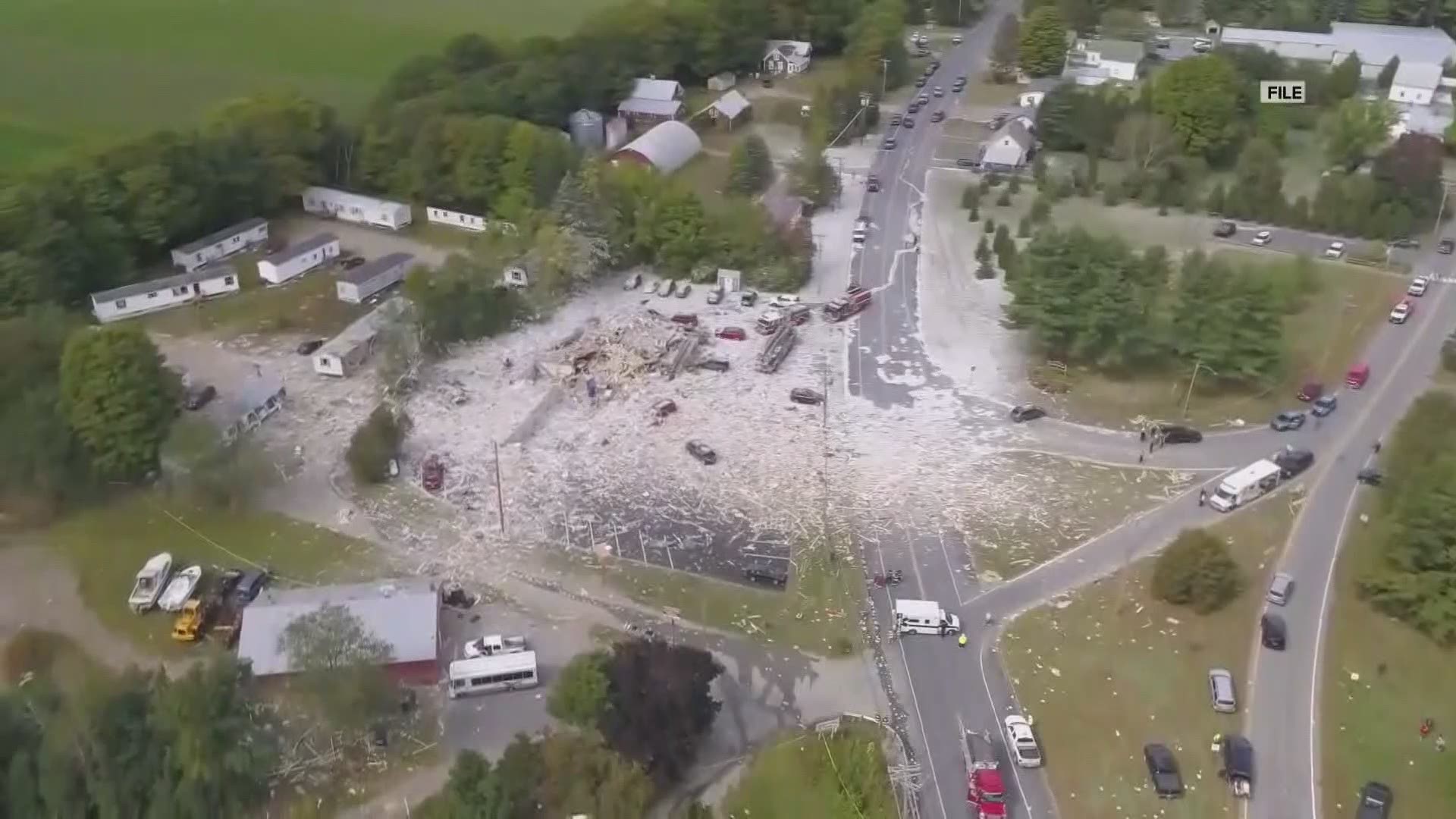 FARMINGTON, Maine — September 16, 2020 marks one year since the Farmington community experienced an incident that would change life for some forever. An explosion at LEAP Inc. in Farmington killed one firefighter, injured six others, and also injured a building supervisor. Now, Maine state law looks different as a result of an effort to keep Mainers safe in the future.

A report released in January by the Maine State Fire Marshal's Office indicated a propane leak caused the explosion. That's because crews severed it when they were drilling posts into the ground near the building, about a week before the explosion happened.

As a response to the explosion, Rep. Seth Berry (D-Bowdoinham), the House chair of the legislature's energy, utilities, and technology committee, introduced L.D 1892, "An Act To Make Changes to the So-called Dig Safe Law". The purpose of this bill was to require that underground L.P. lines, like the one affected in Farmington that led to the explosion, be regulated in "dig safe" laws.

This morning on @newscentermaine, @StackhouseNCME and I have LIVE team coverage in Farmington to mark one year since the explosion that killed one and injured a handful of others. Details about how this incident changed Maine state law at 5:30 and 6:30 a.m. #wakeMEup pic.twitter.com/KdIJQpzgIh

In an interview with NEWS CENTER Maine via Zoom on Tuesday, Berry noted that he had previously been working to make this amendment -- but the Farmington explosion was a turning point.

"Like every Mainer, my heart just went out to all of the people affected, especially those injured or killed," Berry recalled. "It was a tragic, tragic event, and what immediately occurred to me is, 'Oh my God -- this may have been avoidable.'"

Berry told NEWS CENTER Maine that in the past, the industry was concerned about an extra layer of regulation, having to mark and flag locations when Dig Safe was called. In March, though, the bill passed unanimously in the Maine Legislature, and Gov. Janet Mills signed it into law on March 17. That's after the daughter of Capt. Michael Bell, the firefighter who passed away at the Farmington explosion, testified in favor of it.

"It's frustrating that it took a disaster of this scale to move the legislature into action," Berry admitted to NEWS CENTER Maine. "Sometimes, the experts warn us of things, and we say, 'Well, you know, there's never been a problem, so we're just going to do things the way we always have' -- unfortunately, that was true in this event."

As of this spring, anyone planning to dig (even if it's just in their backyard) is required to call 8-1-1 to have someone come to identify the locations of any underground lines. Dig Safe prohibits digging around certain underground utility lines -- now, including L.P. lines.

Berry says the additional regulation is a small price to pay, especially since many locations in Maine have propane tanks that are much bigger than the one was at the LEAP facility. In those circumstances, an explosion could be even bigger and more fatal.

Berry did note that in Farmington's situation, the excavator did not call Dig Safe, so the new law may not have saved lives in that instance. He also says he is hoping that Dig Safe's locational technology can be improved, to make the marking of facilities less burdensome to communities and more accurate.