Homeless camp outside Portland city hall starts to wind down 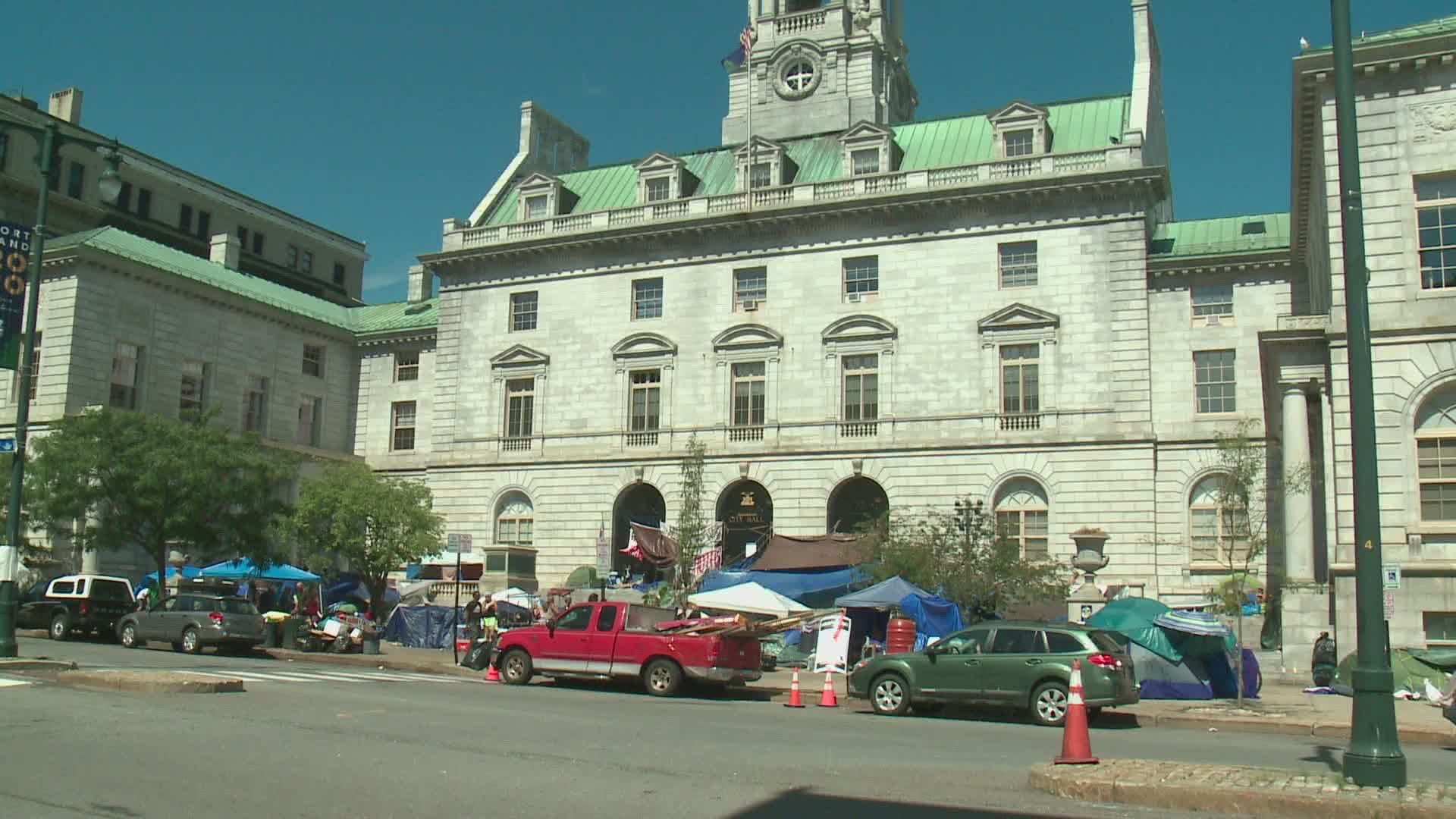 PORTLAND, Maine — For more than two weeks, dozens of homeless people and advocates for their cause have been camped out on the city hall plaza. The goal has been to highlight the need for housing ad services.

The group says it is working to provide mutual aid in a more sustainable way, such as connecting people with resources-- but it is not able to keep staffing the tents at city hall.

People who were involved in the encampment say they feel their message has been heard.

"People need a chance to do something to get their confidence back and get their pride back. I think they've started here, I think we all got what we were looking for here, and I didn't know if it was gonna be a week or two or a month. It didn't matter. It was the point that we have a problem and we need to solve it."

The City released a statement Friday saying it hopes to continue collaborations to help the homeless in Portland access the housing and services they need.