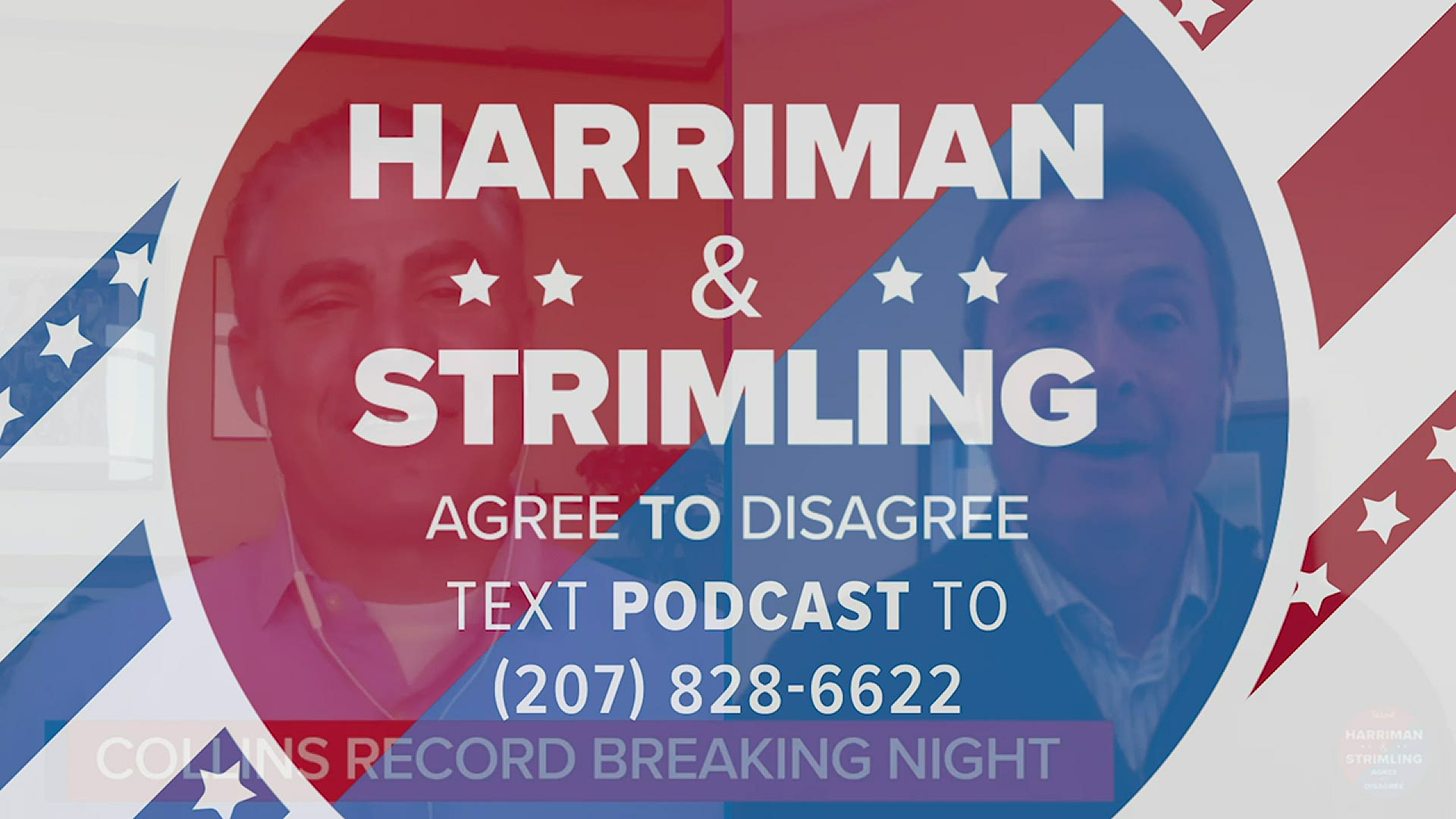 On this mini-episode of Agree to Disagree on NEWS CENTER Maine, Phil and Ethan dive into what we know from election day on the races impacting Maine. The next edition will take on everything that is still undecided. In this one, they look at how Collins secured a record fifth term in the US Senate, how Golden squeaked out a victory in a race that was supposed to be a cakewalk, why the Maine House reduced Democratic rule while the Maine senate expanded it, and how a political earthquake in Portland is rumbling through City Hall.

WHAT IS AGREE TO DISAGREE

Agree to Disagree Podcast with Phil Harriman and Ethan Strimling will be weekly podcasts from now through Election Day 2020. Our focus will be on everything hot in Maine politics.

The podcast will come out every Thursday right here at newscentermaine.com. Each week we will give you an inside look at what is happening in Maine politics.

And what a year to be getting started.

We have the U.S. Senate race where Susan Collins is in the fight against Dems to keep her seat and we have Republicans desperate to keep Jared Golden from earning that coveted second term in the 2nd Congressional District.

Not to mention a race for the White House between President Donald Trump and former Vice President Joe Biden, who are scraping for all four Maine electoral votes. In Maine, both parties, as always, are vying for control of the statehouse.

So, a little about ourselves. We'll let Ethan and Phil introduce each other.

Ethan: For those who don't know my buddy Phil, he served in elected office for 13 years, first as a Town Councilor for the thriving metropolis of Yarmouth and then as a State Senator. He founded a financial services firm called Lebel & Harriman. He always wears a pocket square, and he has about 27 grandchildren.

Phil: Well, five grandchildren, but sometimes it feels like 27. And here's my friend Ethan. He ran a social service agency for ten years called LearningWorks, before serving ten years in elected office, first as a State Senator and most recently as the Mayor of Maine's largest city, Portland. Unfortunately, he is also a Mets fan.

So every Thursday, check back right here for the newest episode of Agree to Disagree.

PS...we'll have other places to get the podcast soon.