This is the fourth time that dogs from the Animal Refuge League of Greater Portland have made an appearance in the furriest game of the year. 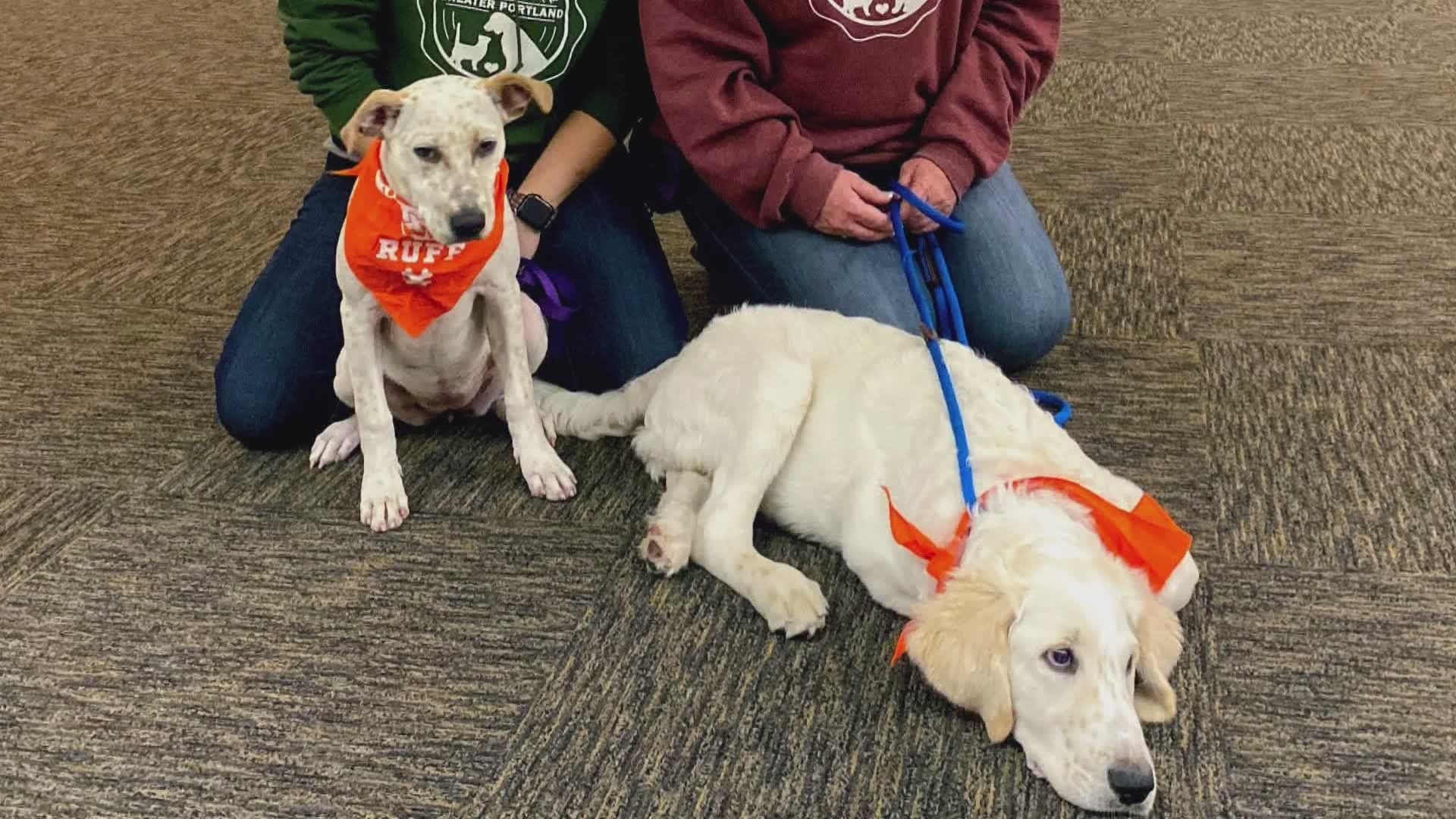 PORTLAND, Maine — Mainers won't be seeing the New England Patriots in the Super Bowl this year but they will be seeing some local dogs in the Puppy Bowl!

Not one but two dogs from the Animal Refuge League of Greater Portland (ARLGP) will be playing in Puppy Bowl XVII, scheduled for 2 p.m. Sunday, Feb. 7, on Animal Planet.

Rumor, a staffordshire terrier/cattle dog mix, was born deaf. The ARLGP says she relies on hand signals and her super-strong sniffer to make touchdowns and interceptions. She’s known for her signature play bow move to outsmart her opponents.

Duke, a great pyrenees/standard poodle mix, has giant paws and the floppiest of ears. The ARLGP says he's never seen a squeaker he didn’t want to rush to the end zone. Duke was adopted by the Murphy family over the summer, who says he's been a great addition.

"We have another dog that's seven; Princess Coco Monkey, my daughter named her when she was two, so Coco is now seven and she has been doing great with Duke," says Joshua Murphy. "We’re getting along wonderfully, and we got Duke during quarantine. We also got a bird from the shelter as well so we’ve expanded our little menagerie."

Both Rumor and Duke arrived to the ARLGP from its Oklahoma-based partner, Skiatook Paws & Claws Animal Rescue, in August. Once drafted, they joined more than 70 other pups from Northeast shelters and rescue groups for the big game.

Rumor has also been adopted by a family in Portland. "Rumor is actually deaf," says Jeana Roth, with the ARLGP. "We’ve never sent a special-needs puppy to the Puppy Bowl before, so we are excited to see how she does as well."

Rumor and Duke join the starting lineup of Team Ruff, which goes by the motto of “clear eyes, full barks, can’t lose.”