These little social media influencers have a global following. 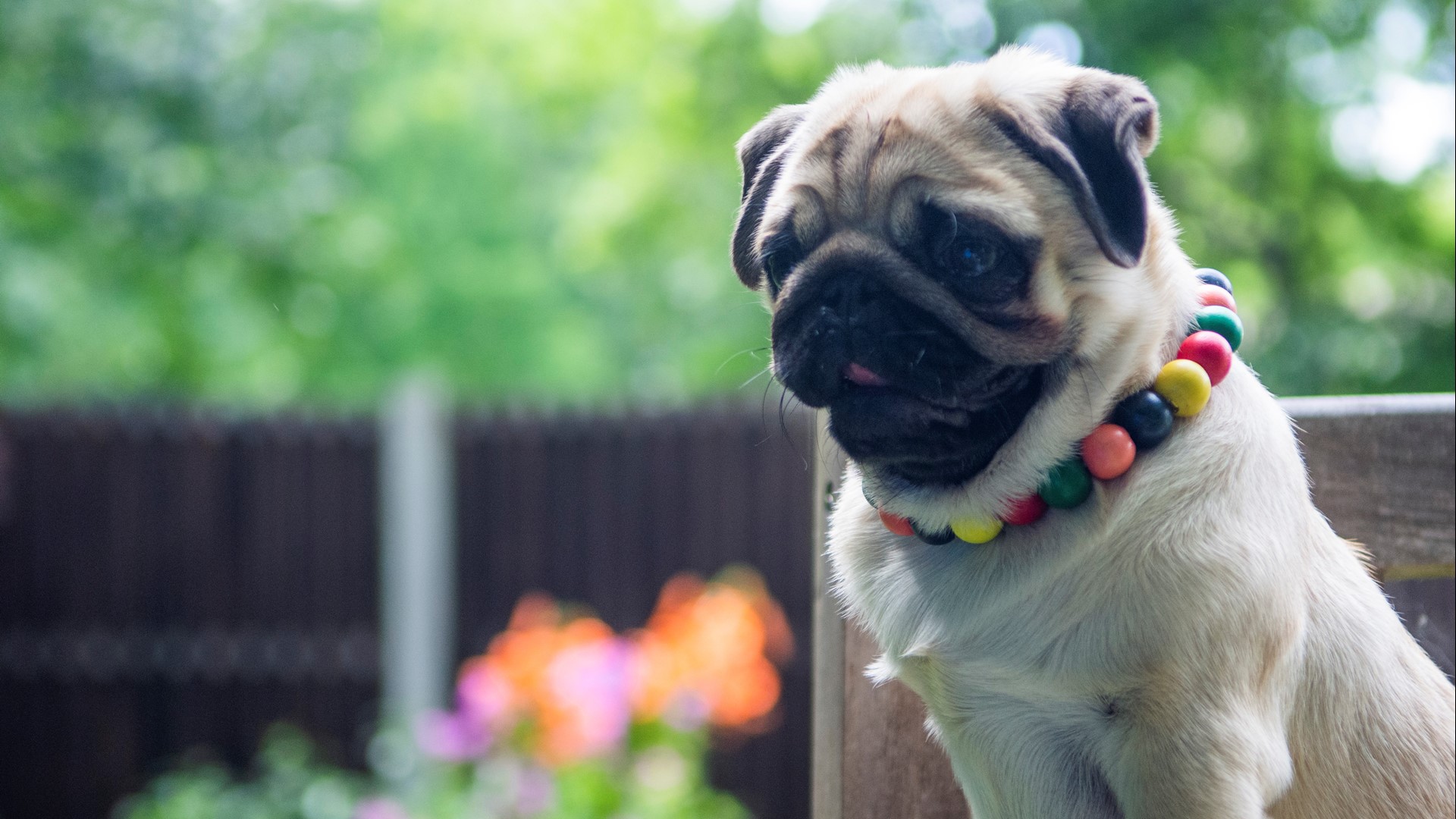 PORTLAND, Maine — They are celebrities – social media influencers – and trend setters. People all over the globe clamor to copy their outfits and wait each day for their latest post on Instagram.

And – they are Pugs. Owner Lori Sirois  calls them her 'little clowns' because they are endlessly entertaining. But it is the joy that these feisty little dogs bring to her world, and the world around her – that inspires her to share them far and wide. They are The Pugdashians – named after that other famous family.

As the dog mom of this clan, Lori never set out to oversee a little doggie empire. Truth be told, she wasn’t all the crazy about dogs in the first place. "Believe it or not, up until about 17 years ago I was not even an animal lover... If I saw  people dressing up their animal? I was not impressed. I would roll my eyes and walk away like I get some times when people see us dressed up."

It was a neighbor, who walked a dog back and forth in front of Lori’s house – that caught her attention.

"One day I went out and asked what kind of dog it was. She said, “It’s a pug.” And I said, “A what?” and she said, “A pug.” Well, that’s all it took." That might have been all it took for Lori, but it took her a while to convince her husband – who wanted a big dog – to get a pug. Eventually she found a litter for sale in Uncle Henry’s. They paid that litter a visit. And – you guessed it. "We came home with our very first pug."

She began taking that little dog, Puggy, to visit an elderly friend in a nursing home. And, pretty soon, Puggy had a sister. "When I saw the reaction people gave Puggy and they smiles they put on their face, I thought I had something there. So I soon learned about therapy dog work and got Puggy registered as a therapy dog  -- Puggy and  Sissy – and they did close to ten years at Maine Medical Center as therapy dogs, and also many years at the youth center visiting the kids there, and hospice work.

"Dressing them up started the second day I had Puggy at home. We had to go buy her a nice little collar and a cute little dress. And it just grew from there...When I would take them on therapy dog visits, it just made people that much happier to see them dressed up," says Lori.  "We were at the hospital one day Mrs Bush was there, she saw them, and called us over and had her picture taken with the pugs."

Lori started posting photos of her pugs first on Facebook, and then on Instagram. They caught on like wildfire – and now (like that other famous family…) she has hundreds of thousands of followers. She nurtures the global following with daily photos and videos of how she dresses up The Pugdashians.

But the joy these dogs bring her – is very personal. "About ten years ago my husband and I took in a young boy – 16 months old … needed a home….He came kicking and screaming and crying we didn’t know what was wrong, long story short, he was diagnosed with autism. He didn’t talk until he was four years old …he would lay in the middle of the floor just kicking and crying. Screaming. And I would just not know what to do. The pugs would just stay in the middle of the floor. Looking at him, looking back at me,… they were just so calm. And the calm presence just kinda brought everything down. They just stayed by him the whole time. He’s now 12 years old. During that whole time the pugs brought me joy because I would just post a picture every day of them that made me happy to see … it helped me, ya… so …These guys are my everything. They got me through a lot. They got Lucas through a lot."

Lori bred one of her pugs, and kept a puppy – so now there are four Pugdashians sporting bows, beads and bathing suits. As glamorous as they are, they are all dog. Tearing around their backyard, they sound a bit like race cars, revving their engines – and ….like that other famous family – lounging poolside on a hot summer afternoon.