Another weekend storm on the way

Rain and snow will spread on Saturday night making Sunday morning messy especially away from the coast. 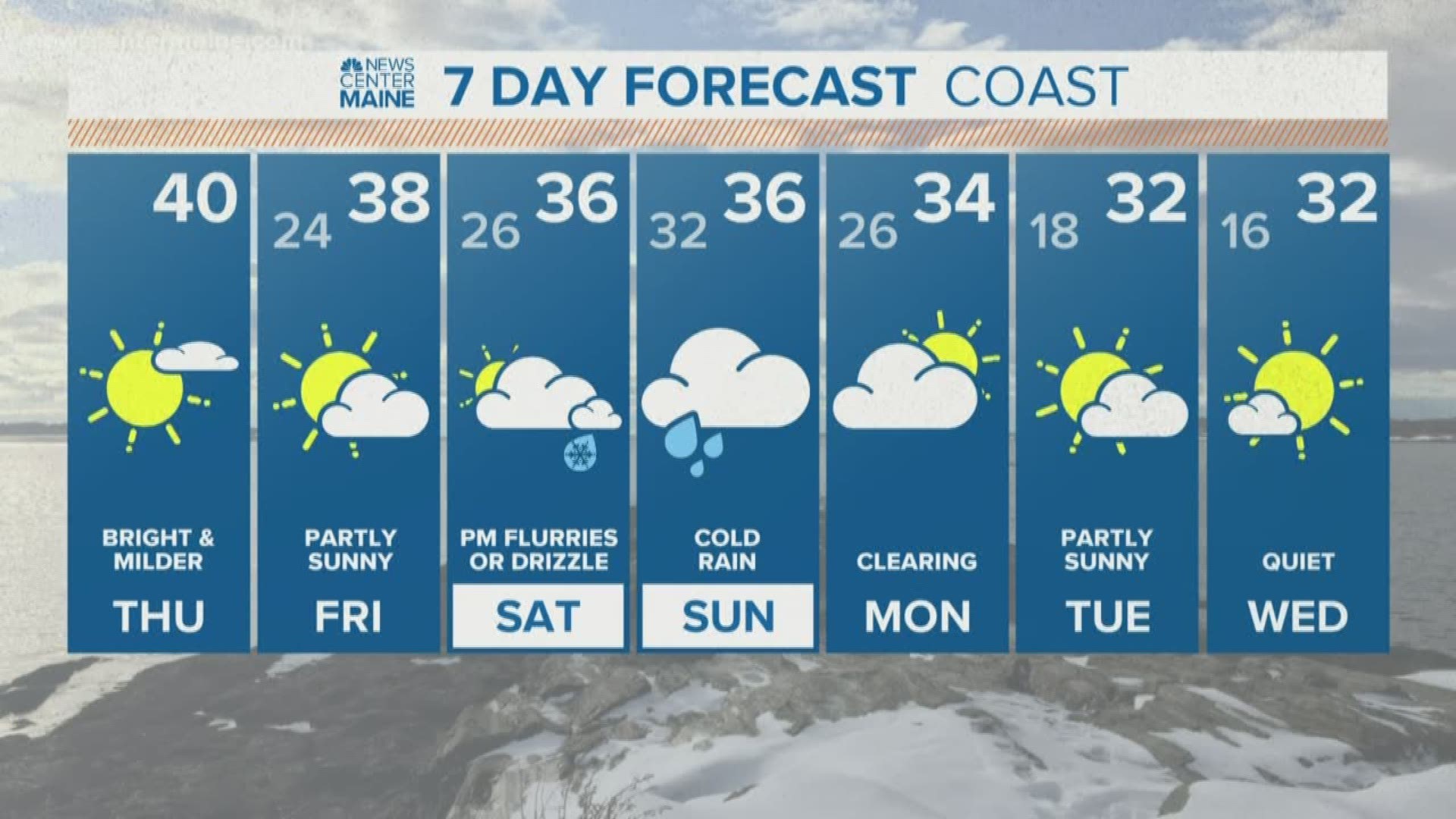 MAINE, USA — Apparently Mother Nature doesn't take weekends off. We've had a storm every weekend this month so it's only fitting that we get one on the last. Low pressure will redevelop in the Mid-Atlantic into a coastal storm and head north into New England on Saturday. Clouds will increase Saturday morning and flurries or drizzle may even break out during the afternoon with the onshore flow.

The steady slug of precipitation will hold off until Saturday night around midnight. It will continue, heavy at times, until it shuts off early Sunday morning. Although snow showers will linger over the State through the day, the worst should be over by mid-morning.

Normally with deep snowpack in late January calling for rain is silly. There's a good chance you end up with egg on your face. But there's a lot of support for rain being a big player in this weekend's storm. Without high pressure to the north to lock in surface cold, mild easterly winds will be able to flood the coast with above freezing temps. The surface low never gets that strong so locking in cold air will be more difficult. This points to rain.

The mid-level low travels over the center of the State. Unable to stop the warmer mid-levels from being cut-off, this also points to rain. It's looking like you'll have to go pretty far north to escape any mixing, perhaps all the way into the mountains and far north.

With that said, there's still a chance for some slushy accumulation but it looks really small along the coast. There may be a couple of inches through Lewiston and Augusta. The most significant snow will likely fall north through the foothills and along or north of Route 2.

Changes and adjustments may be needed so keep checking back for updates.