Tuesday's storm will bring a couple of inches to the coast and a few inches inland, but the mountains might get a bit more. 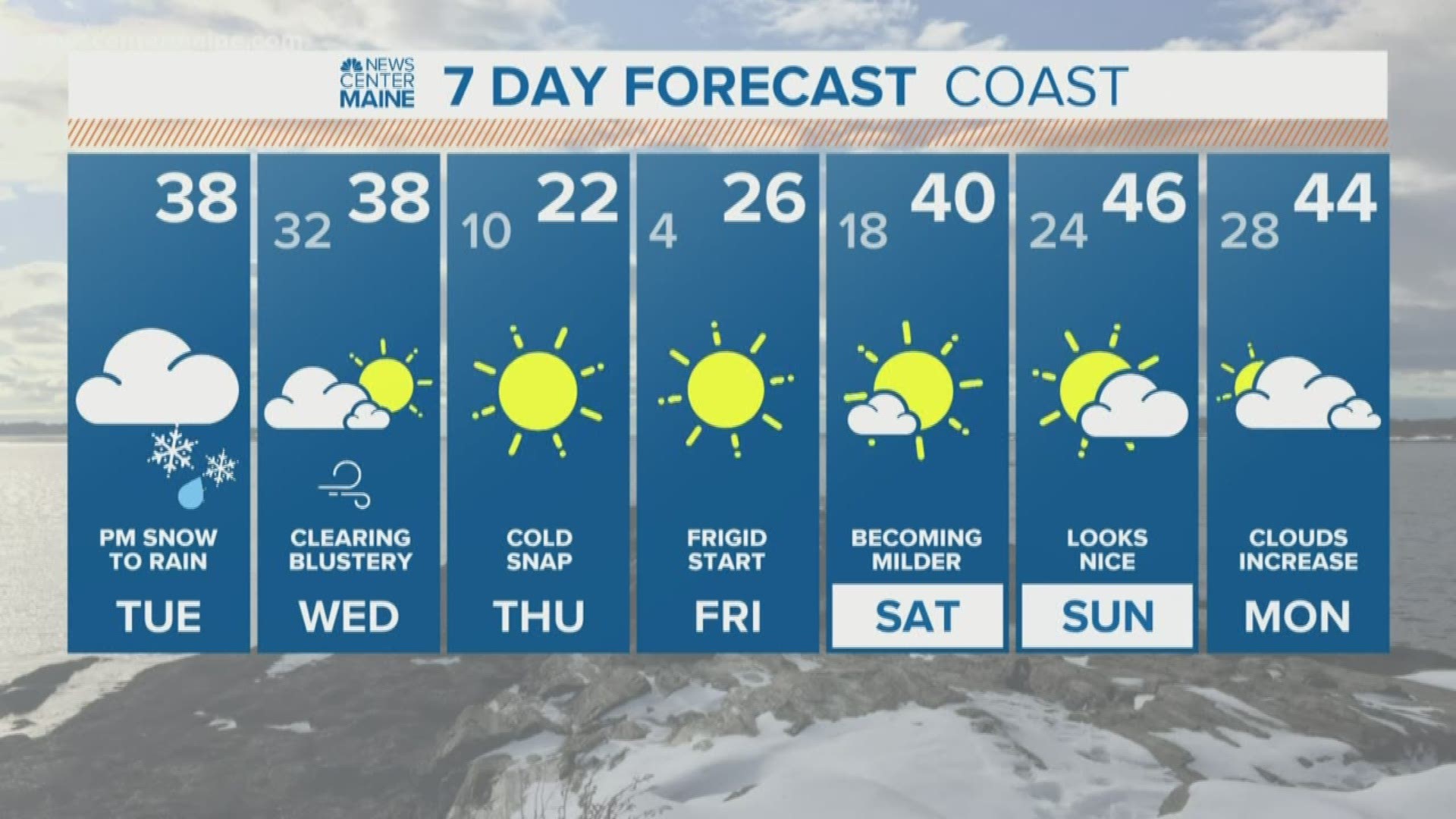 It'll pick up in intensity as we go into the afternoon, so the evening commute will get slick.

Along the coast, snow will changeover to rain as we go into Tuesday night.

Snowfall totals will be around a couple of inches at the coast, a few inches inland, and more like several inches in the mountains.

You'll probably want to clean it up Wednesday because, by Thursday, everything will freeze solid as temperatures crash again.