First Nor'easter of the season poised to move in. 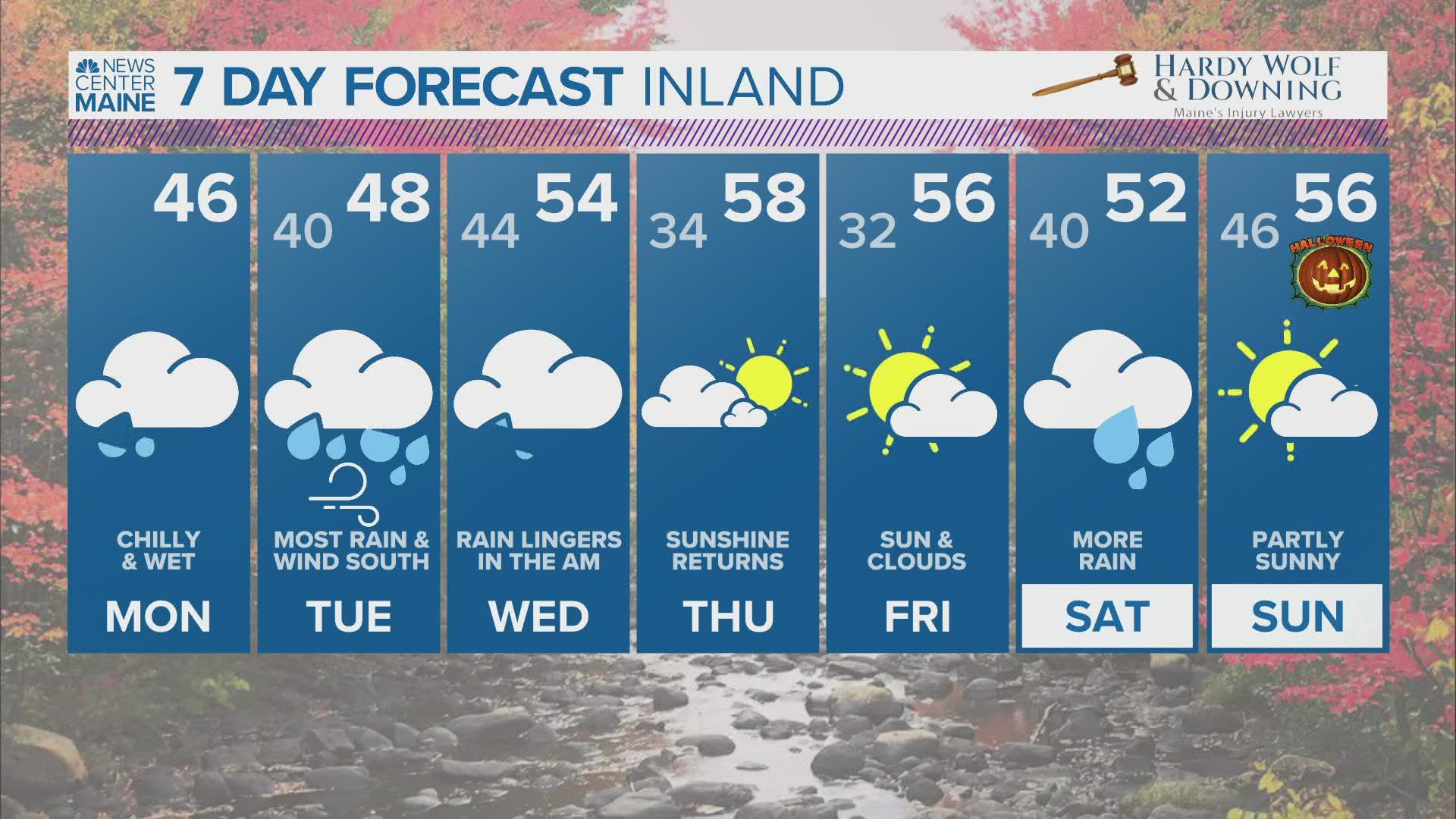 A warmfront lies to our south, clouds have increased and light rain will fall throughout the day. Temps won't be able to get out of the 40s.

A larger storm moves in Tuesday with periods of rain and a gusty wind. This storm may will down and get cut-off from the jet stream, which would mean continued showers Wednesday.

Drier air will be situated over northern Maine, which would mean significantly less rain north of Bangor. However, south of Bangor into southern Maine and southern New England, 2-4" of rain is possible. Flash flooding is a concern, especially farther south. Rivers will need to be monitored, too.

Wind is also a concern, especially in southern coastal Maine, where gusts could top 45 MPH Tuesday night. The highest risk area for strong wind gusts (over 40 MPH) is along the coastline in York county. Gusts over 40 MPH could lead to power outages because a lot of trees still have leaves on them.

We'll see a brief break Thursday and Friday with sunshine and temps in the 50s. But another big rain-maker may move in over the weekend.

Have a good day.