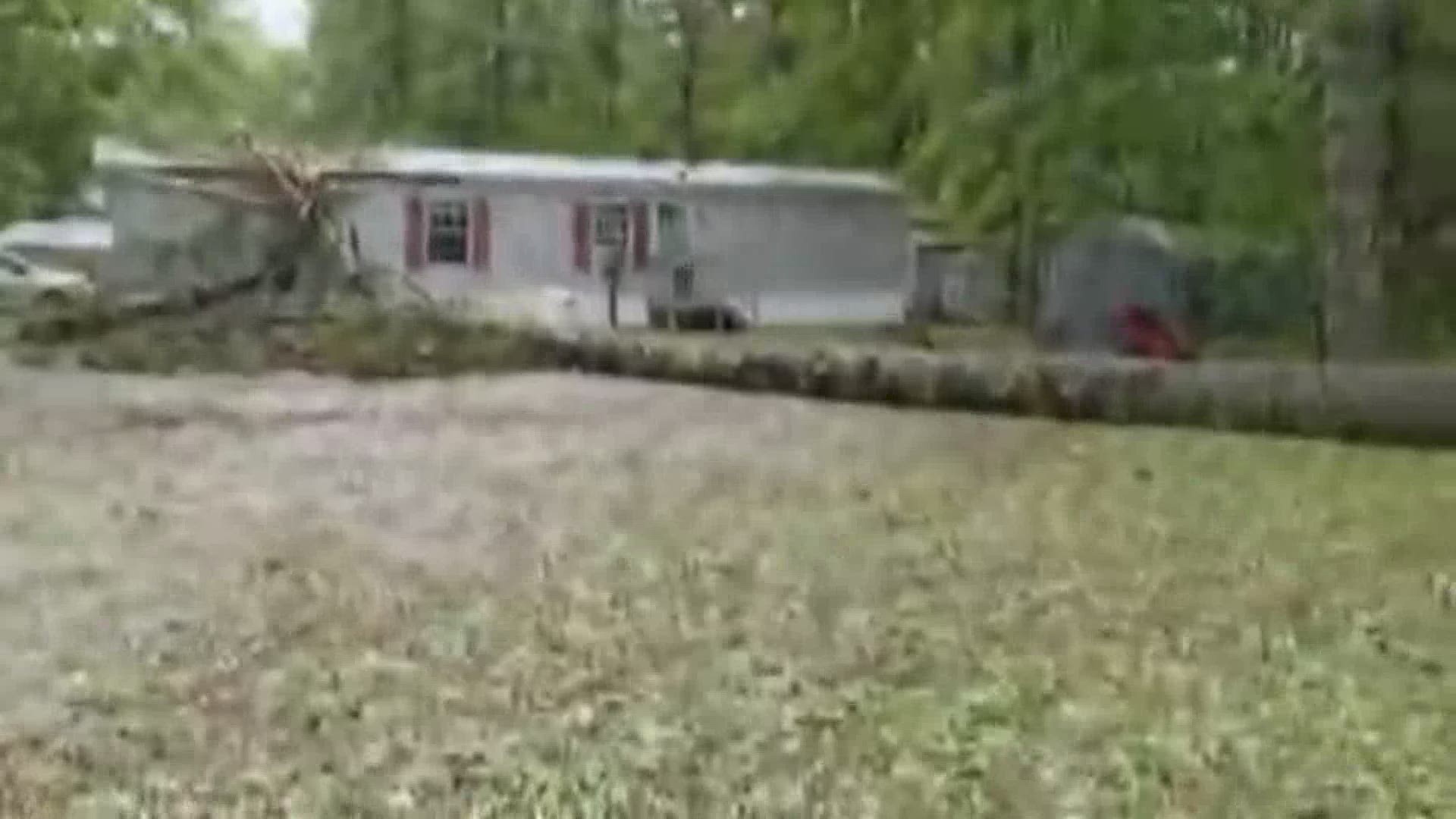 A slow-moving storm crossed into York County from southern New Hampshire around 8:45 a.m., and for the following two hours moved north into the Portland area.

The storm had hail about as large and as numerous as we see around here, up to 2 inches in diameter in spots. Even a couple of hours later, hail was still on the ground like a coating of snow in spots.

It’s possible there was a wet microburst or downburst of wind in the Sanford-Springvale area, where the gusts were strong enough to knock trees on to homes.

This is all being caused by a large upper-level low spinning through New England. Periods of heavy rain and thunder will continue in western and central Maine this afternoon.

Flooding is a concern, especially in Oxford and Androscoggin counties where it has been raining heavily now for several hours.

In southern Maine, some storms may refire this afternoon, especially in any areas that see sunshine. Eastern and northern Maine will not see much of anything out of this system, aside from a few showers or storms.