The start date of the fall sports season was delayed until September 14th. The rally began at noon on Monday at Capitol Park. 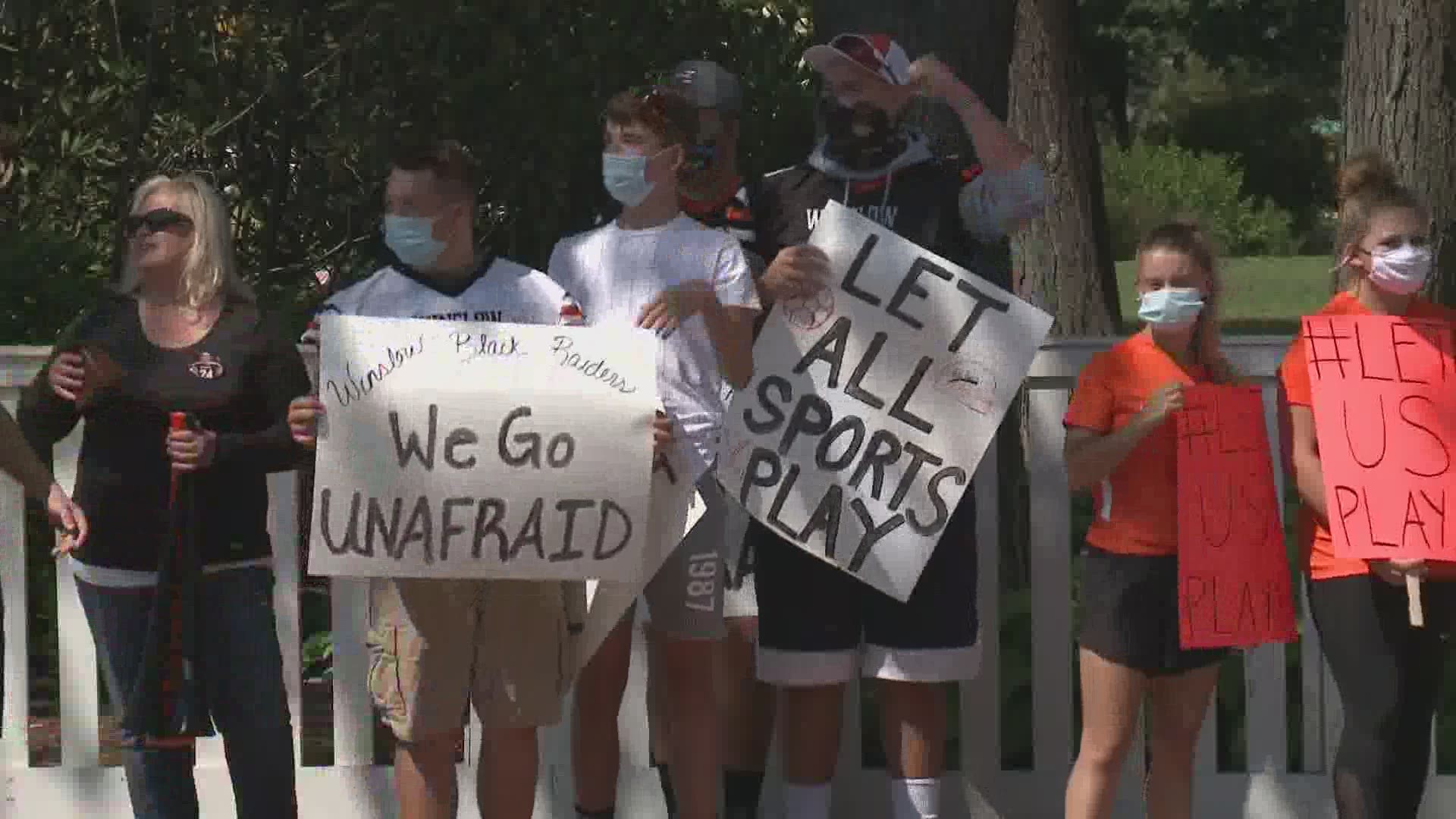 MAINE, USA — Athletes, coaches, and parents are hoping to have their voices heard Monday in Augusta, as a rally in support of the return of fall sports is underway at Capitol Park.

The rally comes just one day before the original start date of the fall sports season. Teams were expected to begin practicing Tuesday, September 8, before the Maine Principles Association (MPA) opted to delay the start of the season until September 14.

The MPA received a letter last week from the Maine Department of Health and Human Services and the Department of Education urging them to reconsider its guidance for the fall sports season.

"For a lot of my teammates, and for me, it's my life," Brewer High School Sophomore Cameron Hughes said. "I dedicate almost all of my time to football. Not having it would just be a killer and hurt a lot to work so hard and just not have a season. Especially for my seniors."

In new community sports guidelines released by the state last week, it's recommended that only golf and cross country would be able to play statewide. More high-risk sports like football and volleyball, due to it being played indoors, are recommended to only be played inter-squad.

Many parents now are saying they'll follow any safety guidelines if it means high schoolers can take the field this fall.

"I'm not saying the virus isn't here. I think we need to be cautious, but I think that they can play safely. Even if it means adjusting the season or who we play, or whatever. Just give these kids some sort of season," said Regina Leonard, a sports mom from Hermon.

The rally is set to take place Monday from 12 p.m. to 2:00 p.m. at Capitol Park in Augusta. Organizers are asking all attendees to stay masked and practice social distancing. According to the rally's Facebook event, there will be no blocking of roads or walkways.