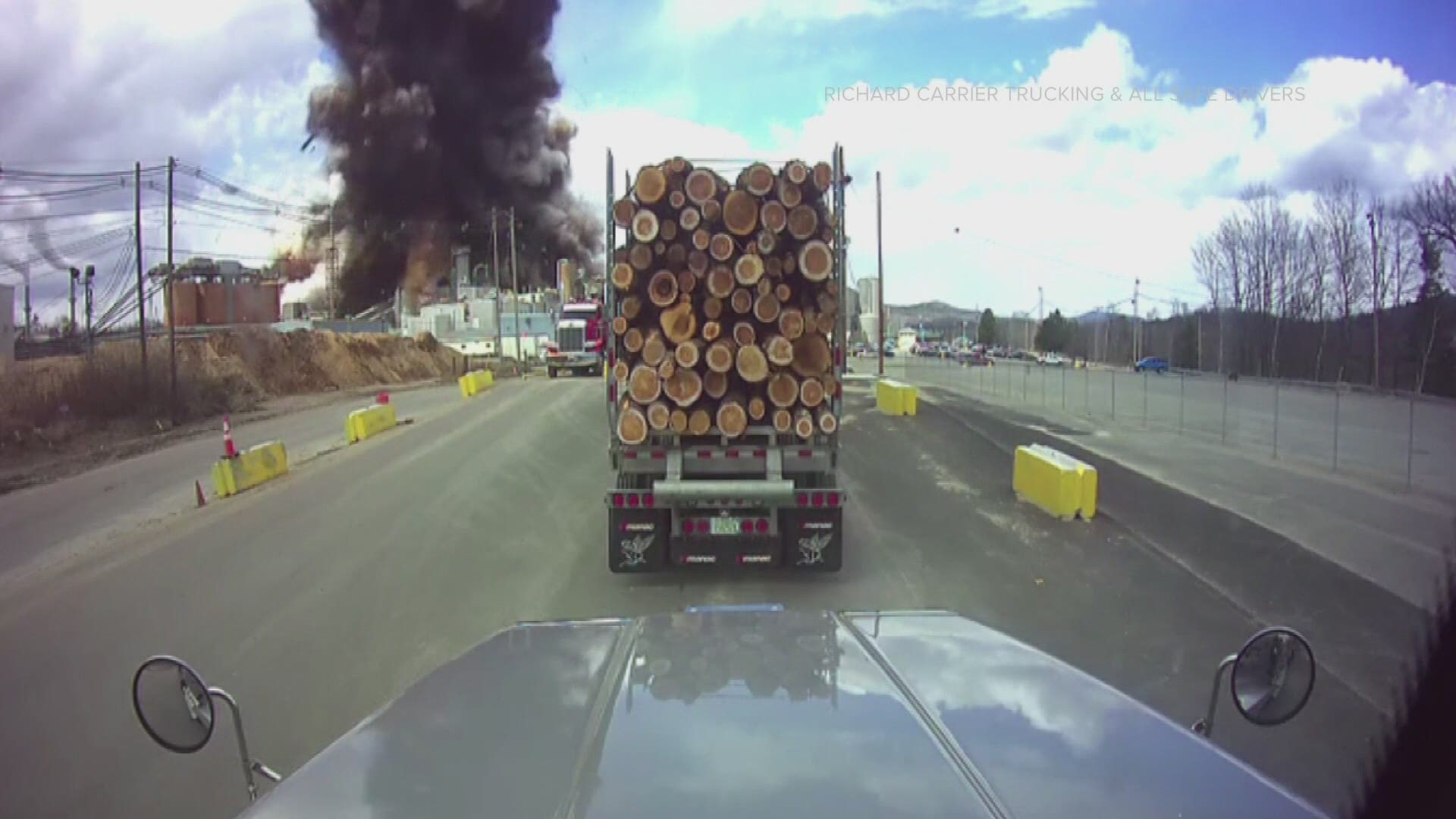 JAY, Maine — Maine Gov. Janet Mills and other state leaders expressed concern for those affected and thanked first responders who raced to an explosion Wednesday afternoon at the Androscoggin Mill in Jay.

Mills said she was closely monitoring the situation and would work with public safety officials to direct all necessary state resources to the scene.

"I urge Maine people to stay far away from the scene, to stay safe and to allow first responders to work as quickly as they can," Mills said in a statement. "I ask the people of Maine to join me in praying for the safety and wellbeing of all those in and around this historic mill. In this already difficult moment, let us summon the strength and resilience which has defined us as Maine people throughout our history and which has sustained us and carried us through our most challenging times.”

State Rep. Tina Riley, a Democrat from Jay and a former mill electrician, said in a statement that she was devastated by the news of the explosion and grateful to first responders.

"Right now my mind is on my friends and neighbors who either work at the mill or have family there," Riley said in a release. "I am ready to do whatever is needed to support them and our entire community.”

Maine Senate President Troy Jackson, D-Allagash, said video of the explosion is "staggering," and he praised emergency personnel as "nothing short of heroic."

"Today, the entire state stands in solidarity with the community of Jay, the workers of the Androscoggin Paper Mill and their loved ones as we anxiously await news about the Mainers working near the explosion and pray for their safety and well-being," Jackson said, in part.

"To the 500 mill workers who showed up to work today expecting it to be an ordinary day, I know that this is devastating and that the next few hours, days and weeks won't be easy," Jackson continued. "But I want you to know that we will have your back. It's hardworking men and women like you who have powered our economy for generations and continue to do so today, even in the middle of a pandemic. You represent the best of us, and we won't forget that."

“I am praying for the safety of the workers at the Androscoggin Mill in Jay as well as all of those who were in the vicinity of the explosion," Sen. Susan Collins said in a statement Wednesday afternoon. "I thank all of the brave first responders who have rushed to the scene to assist. The extent of the damage isn't yet clear, but we do know that our neighbors in the community of Jay and the surrounding areas need our support.”

U.S. Sen. Angus King said in a tweet that he had been in touch with Mills' office and was monitoring information.

"My thoughts and prayers are with the mill’s employees, the Jay community, and our first responders," he said.

Maine Speaker of the House Sara Gideon said the news was "heartbreaking."

“The Professional Logging Contractors (PLC) of Maine was saddened to hear about the devastating explosion at the Pixelle Specialty Solutions LLC mill in Jay, but we are relieved to hear that no one was injured by the blast. Many Maine loggers and truckers were in the vicinity of the mill at the time of the explosion, and we are grateful that both they and the mill's workers escaped harm.”

“We are deeply concerned for those, including many of our own members, whose livelihoods will be affected by this event, and we urge support for efforts to rebuild and restart the mill. The mill is a vital market for Maine loggers and truckers, and in the current already challenged economy the good jobs it supports both in the Jay area and at logging and trucking companies across Maine are vital to the future of our state's rural communities.”

Follow along here for updates as this story develops.

Watch the video from Richard Carrier Trucking & All Safe Drivers and see the moment the Jay, Maine mill explosion occurred. **WARNING: Some may find language in the video offensive*