The Prison Policy Initiative thinktank released a report in 2019 grading states by parole system. Maine, which hasn't had parole since 1976, received an F minus. 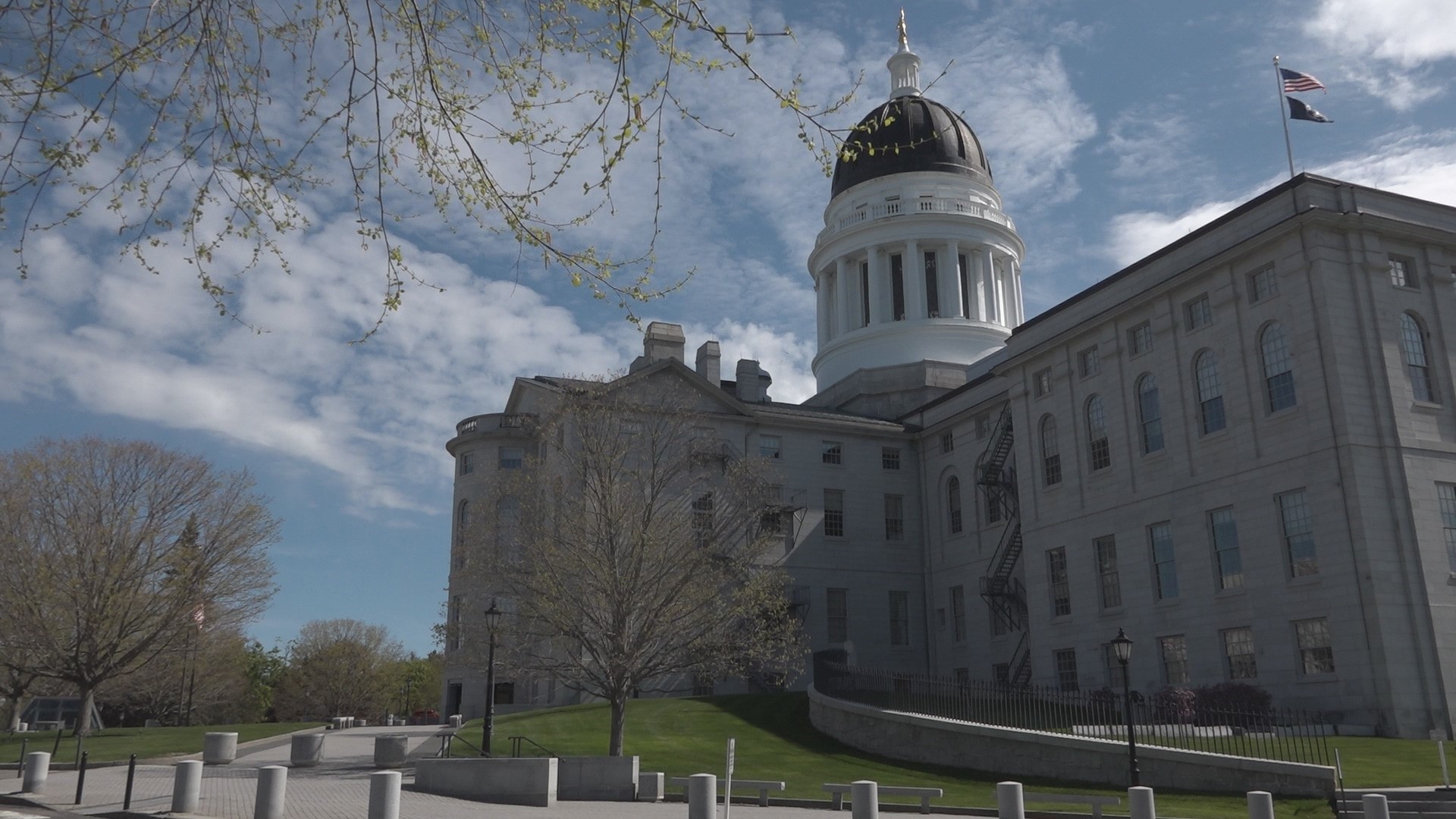 AUGUSTA, Maine — A basic premise of the United States' criminal justice system is making the punishment fit the crime. That definition has become increasingly unclear, though, as conversations about reform continue to sweep the nation. That includes here in Maine, where some legislators are questioning whether our state's sentencing policies are fair.

Rep. Jeffrey Evangelos (I-Friendship) is the sponsor of L.D. 842, "An Act to Reestablish Parole". Maine abolished parole in 1976, according to the governor's office, as an effort to move away from indeterminate sentences. Those in favor of parole say it provides people with the opportunity for a second chance, but there are many who are opposed who feel equally as strongly.

Rep. Jeffrey Evangelos is sponsoring a bill to reestablish parole in Maine after our state abolished it in 1976. I’ll introduce you to people on all sides of this conversation, including the families of murder victims, coming up on @newscentermaine at 6:30 a.m. #wakeMEup pic.twitter.com/t0qS1cd3Th

RELATED: VERIFY: Prisoners qualify for stimulus checks, but getting them is another thing

On Wednesday morning, Evangelos sat at a conference table in the Burton M. Cross office building, sifting through dozens of letters he says inmates have sent him since he introduced this bill. Evangelos says he believes in second chances, explaining his bill would create an avenue for Maine prisoners to appear before a parole board to make their case, demonstrate what they've accomplished during their time in prison, and prove they have plans to contribute to society. Evangelos says he believes the opportunity for parole would provide incentive and reduce the rate of recidivism. He says it also wouldn't be granted to everyone.

"People that committed the worst, most heinous kinds of crime are very highly unlikely to be even granted a parole hearing," Evangelos explained.

Under this bill, inmates who would be eligible for parole include those who are sentenced to life or more than 25 years in prison and have served at least 20 years of that sentence; or those who are sentenced to one to 25 years in prison and have served at least half of that sentence, or half of the most recent sentence imposed by the court -- whichever is greater. The bill states that the board would have to determine the inmate would not be likely to break the law when on parole and would not endanger the welfare of society. Any victims would be allowed to testify during the parole hearing, and parole could be revoked if the inmate violates any conditions.

Evangelos says having a parole board would cost money to pay its members -- but challenges that it costs tens of thousands of dollars to incarcerate just one person.

For Evangelos, inmate Brandon Brown has been a key motivator. Brown has served more than a decade in prison after an altercation in which he shot but did not kill another person in the Old Port in 2008 when he was 21 years old. He was sentenced to 27 years, with all but 17 years suspended. For Brandon's father, Mark Brown of Gilead, life has never been the same.

"Twelve years ago, I wouldn't have even paid attention to anything having to do with the Department of Corrections, sadly," Mark admitted to NEWS CENTER Maine.

Mark says that during his time in prison, Brandon has turned his life around, completing his Associate's, Bachelor's, and Masters degrees and currently working on his doctorate via George Mason University. Mark says his son has paid for his education on his own by applying for scholarships from schools. The family hit a roadblock last year when Brandon requested executive clemency to have his sentence commuted, so he could attend school at George Mason University in person, but Gov. Janet Mills did not grant it. It's one reason why Mark supports reestablishing parole in Maine, although he acknowledges how tough these situations are.

In a February 2019 report, the Prison Policy Initiative (PPI) thinktank graded individual states on parole. Sixteen states don't have a parole system, including Maine, which received an F minus. Parole is an aspect of the criminal justice system that PPI supports.

That's exactly the reason the governor's office announced on April 22 that it opposes this bill, though. Referring to the 1976 decision to abolish parole, the governor's office said in a statement, "The Legislature favored determinate sentences because the judge who sits through a trial and hears all the evidence is in the best position to decide the appropriate sentence."

Vicki Dill of West Gardiner is in a unique situation. She is a member of one of only a few families left in Maine that has to deal with parole hearings after her sister, Debbie Dill, was murdered in 1973 -- three years before parole was abolished. She says she and her family have had to face parole hearings every five years -- an experience that always brings up traumatic memories, forcing them to relieve the horror of losing a loved one to a violent crime.

"Your nerves are shot," Dill told NEWS CENTER Maine, tearing up at certain points during the conversation. "You're just worried and worked up about everything -- that this could be the year they let him out, and we fret and dread every single time."

Dill says she believes that the sentences people receive are just. As she puts it, inmates should serve their time and not commit a crime again, if they're released. She doesn't believe people who take another person's life should be given a second chance.

"We don't get a second chance at that childhood," Dill said. "My childhood is gone. It was gone when I was 10."

RELATED: Up to 25 grants available to traditional handcrafts non-profits in Maine

Dill is a member of the Maine chapter of Parents of Murdered Children, a group she says has helped support her and her family during challenging times. Arthur Jette of Dexter is the leader of the chapter and also has personal experience with loss of loved ones to murder. His 21-month-old grandson and daughter's best friend were killed in a double homicide in December of 1999 in Maine. He says in March of 2019, his 18-year-old grandson was shot and killed in Jacksonville, Florida while at a convenience store with his girlfriend, who survived.

Jette has testified against this bill, calling it "salt in the wound" to talk about the injustice of someone who committed a crime being in prison.

"At some point, you know, we have to decide what does accountability mean?" Jette questioned. "What does it mean to be accountable for your actions?"

Evangelos says a work session took place for the bill on Tuesday, but the Committee on Judiciary ultimately decided it should go to a study group. Evangelos told NEWS CENTER Maine the study group expects an amended version of the bill to be released by January.

This story has been updated to reflect that the Old Port altercation Brandon Brown was convicted of took place in 2008 instead of 2009.