Democrats shouted 'lock him up,' while Republicans chanted back, 'four more years.' 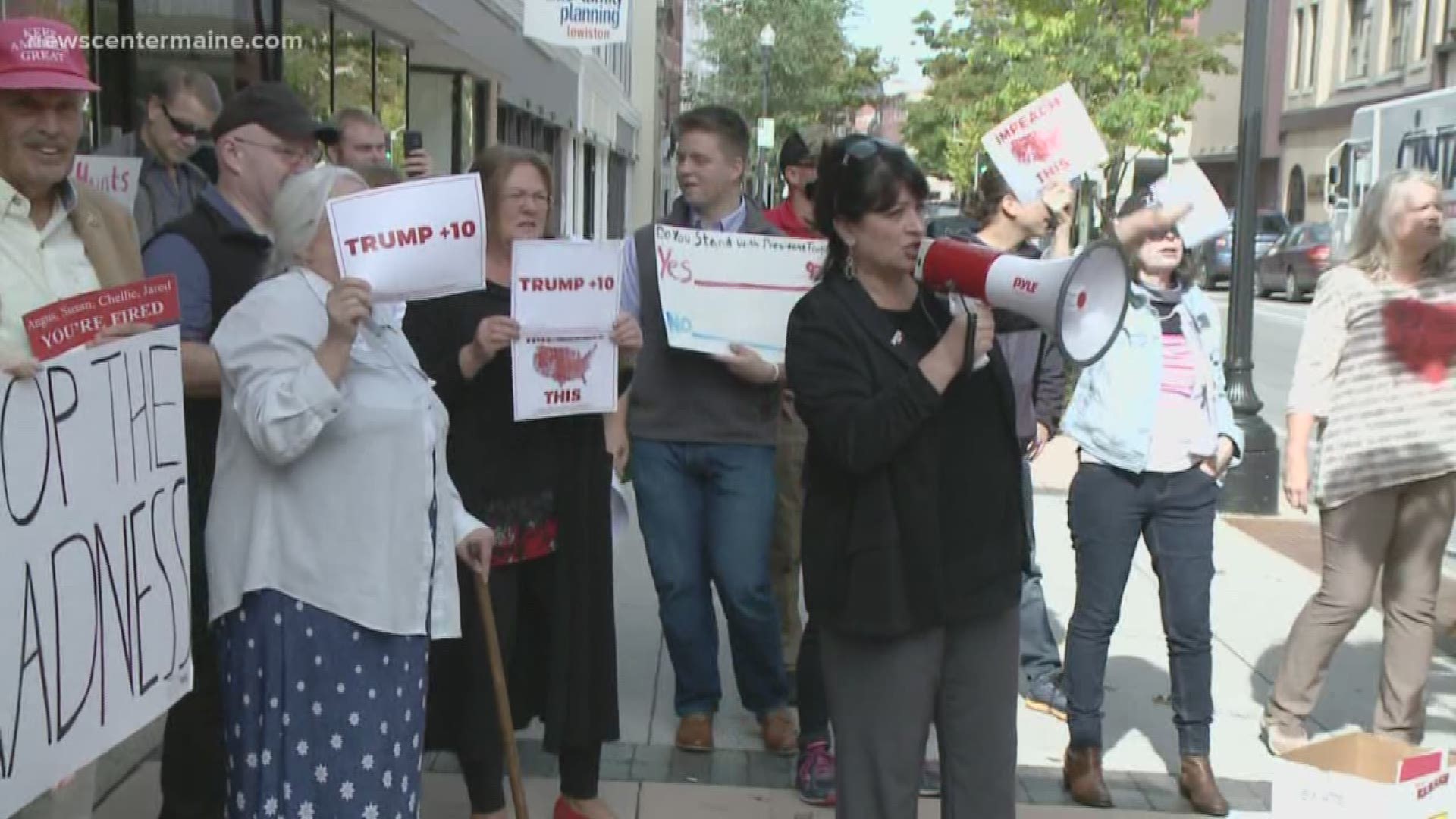 The Trump campaign and Maine GOP organized the rally to put pressure on Rep. Jared Golden to oppose the impeachment effort underway in the U.S. House. Rep. Golden is a Democrat, but his 2nd Congressional District voted in favor of President Donald Trump in 2016.

Dr. Demi Kouzoumas, chair of the Maine GOP, says Golden needs to take a stand against impeachment to properly represent his constituents.

The party and the President Trump campaign are using the slogan "Stop The Madness" in their effort to halt the impeachment.

But the Democrats across the street, outnumbered three to one, were still trying to shout down the Trump supporters. They chanted about corruption, about the president’s decision to end the U.S. military support for Kurdish troops in Syria, and other issues. The Democrats shouted "lock him up," a jab at Trump’s 2016 call regarding Hillary Clinton. The Trump supporters shouted back, "four more years."

The faceoff lasted about 20 minutes, then Lisbon Street was quiet again. Given the emotions of the impeachment debate ,and the need for both parties to claim the 2nd District, those rallies could be repeated.

RELATED: Maine GOP to hold 'Stop The Madness' rally in defense of Trump