The Maine GOP event is part of a nationwide push to defend President Trump and take aim at democrats supporting an inquiry into his impeachment. 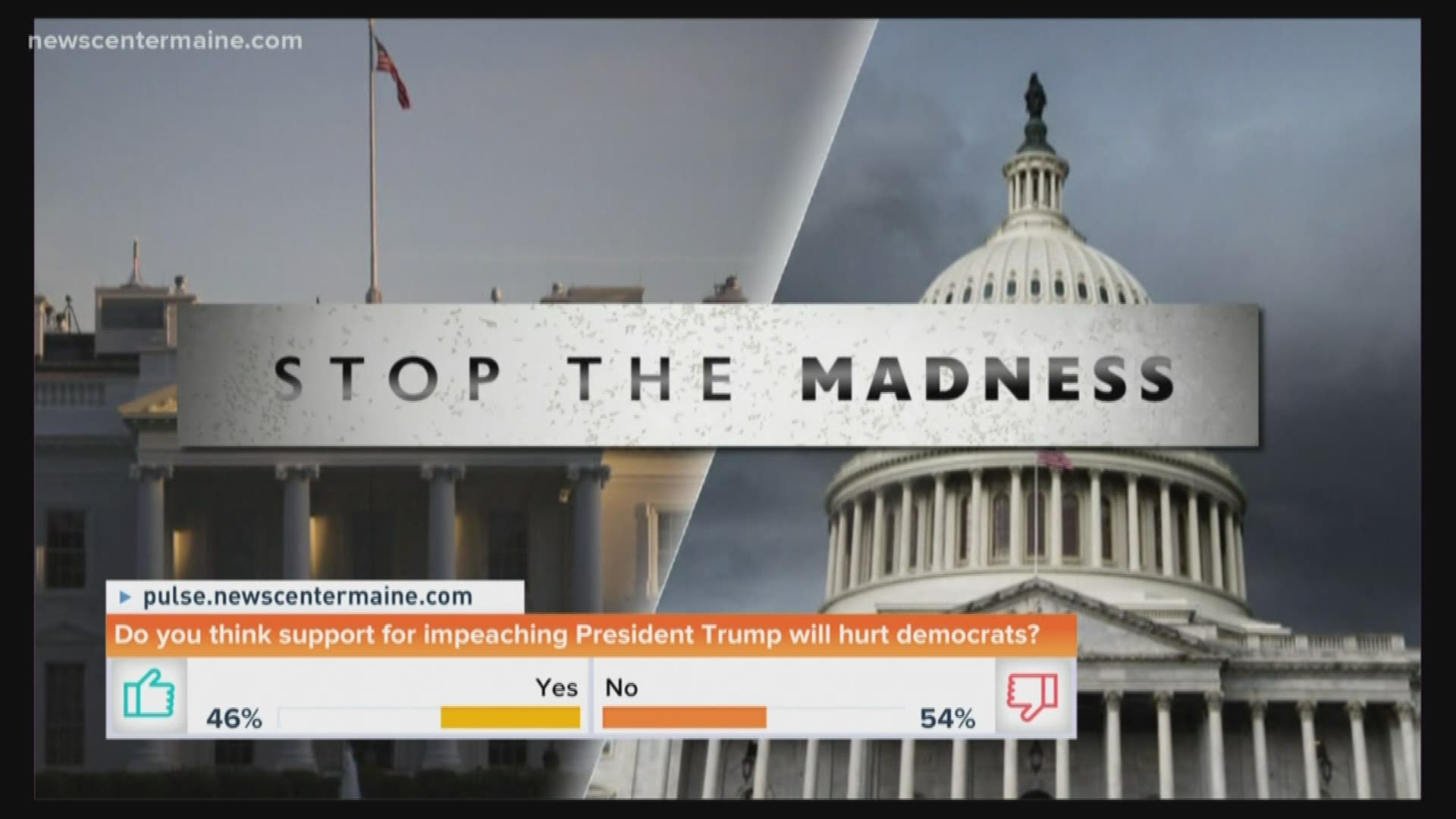 LEWISTON, Maine — Some Maine republicans are planning to rally in Lewiston Tuesday to show support for President Trump and rail against Congressman Jared Golden.

Tuesday's event is part of a nationwide 'Stop The Madness' campaign, funded by the Republican National Committee.

It is a republican-led effort to unseat at least 60 democratic congressmen and women nationwide, including a multi-million-dollar advertisement campaign.

Kouzounas says Mainers who support Trump need to have representatives who speak for them and stand up against the inquiry into his impeachment.

"This is a witch hunt and we're all exhausted," Kouzounas said. "We just want to know what our representatives in the state of Maine are going to do."

But every member of Maine's Congressional Delegation, including Republican Sen. Susan Collins, has spoken out against Trump's actions to call on foreign leaders to investigate democratic rival Joe Biden.

RELATED: Sen. Collins: I thought the president made a big mistake by asking China to get involved in investigating a political opponent.

"I thought the president made a big mistake," Collins said over the weekend.

Democratic Congressman Jared Golden told NEWS CENTER Maine it is a "somber moment for our country."

"Whatever comes out of this, what I think Americans need to come together and agree about is that both parties, every elected official needs to soundly reject any foreign involvement in our elections," Golden said. 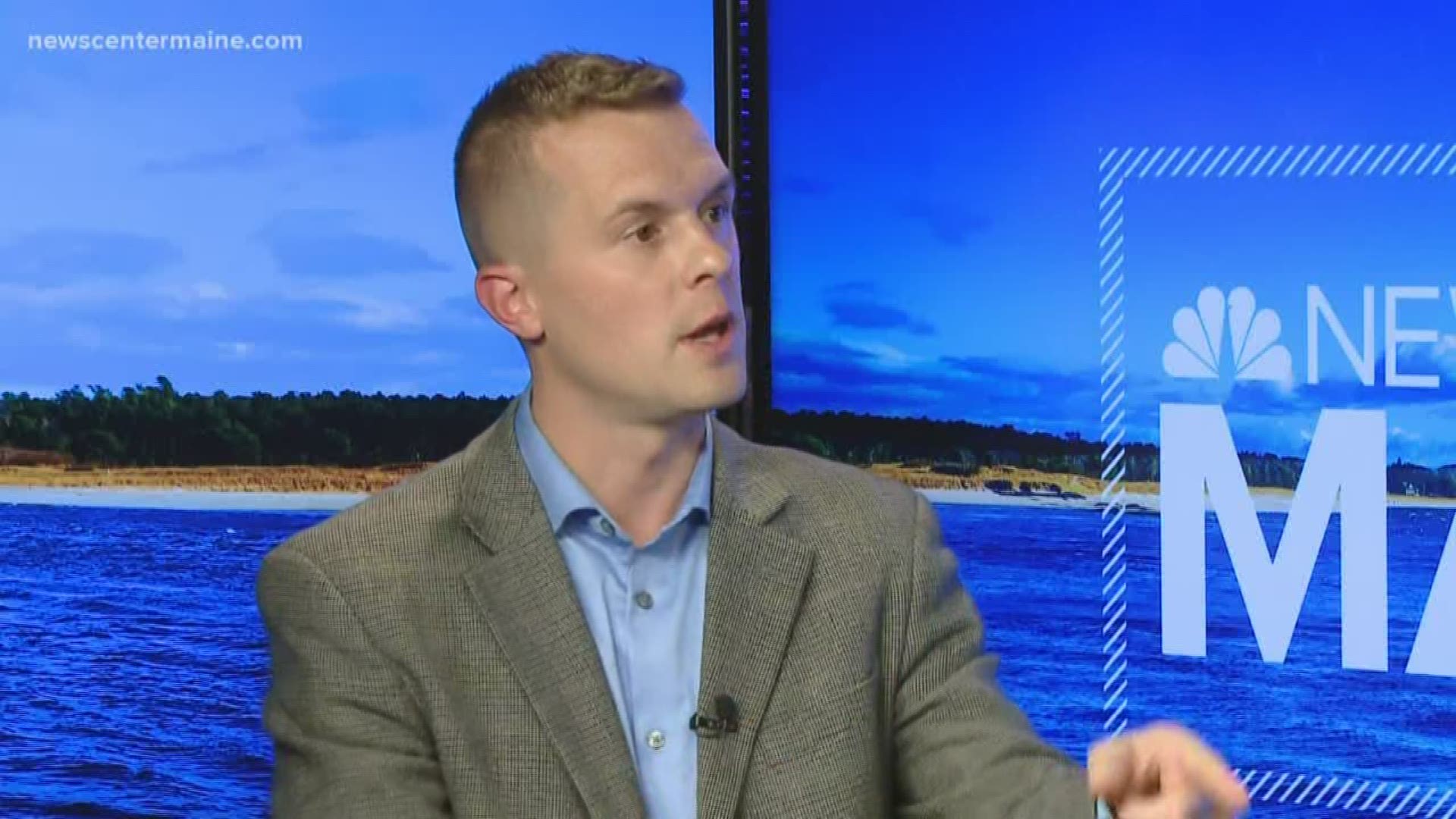 Meantime, Maine delegates have also spoken out against President Trump's latest controversial decision to pull troops out of Syria.

RELATED: Iran urging Turkey against attack on Syrian Kurds after US forces step aside

"As I have stated strongly before, and just to reiterate, if Turkey does anything that I, in my great and unmatched wisdom, consider to be off-limits, I will totally destroy and obliterate the Economy of Turkey," Trump tweeted.

Tuesday's rally is scheduled for 11:30 a.m. Democratic activists are also expected to attend. 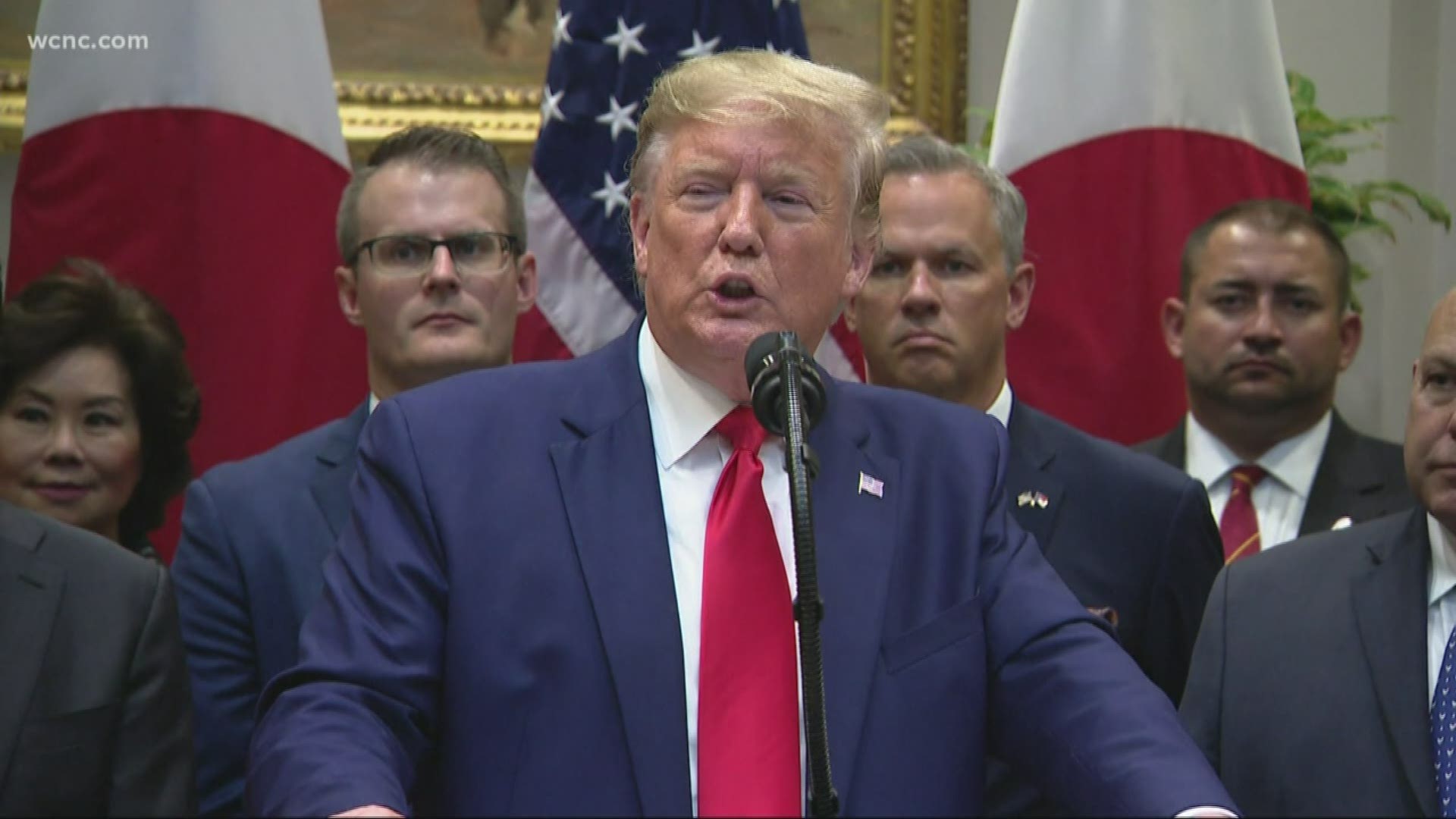