Secretary of State Dunlap says each town and city may secure ballots a little differently, but folks can trust a series of checks ensure they're all accounted for 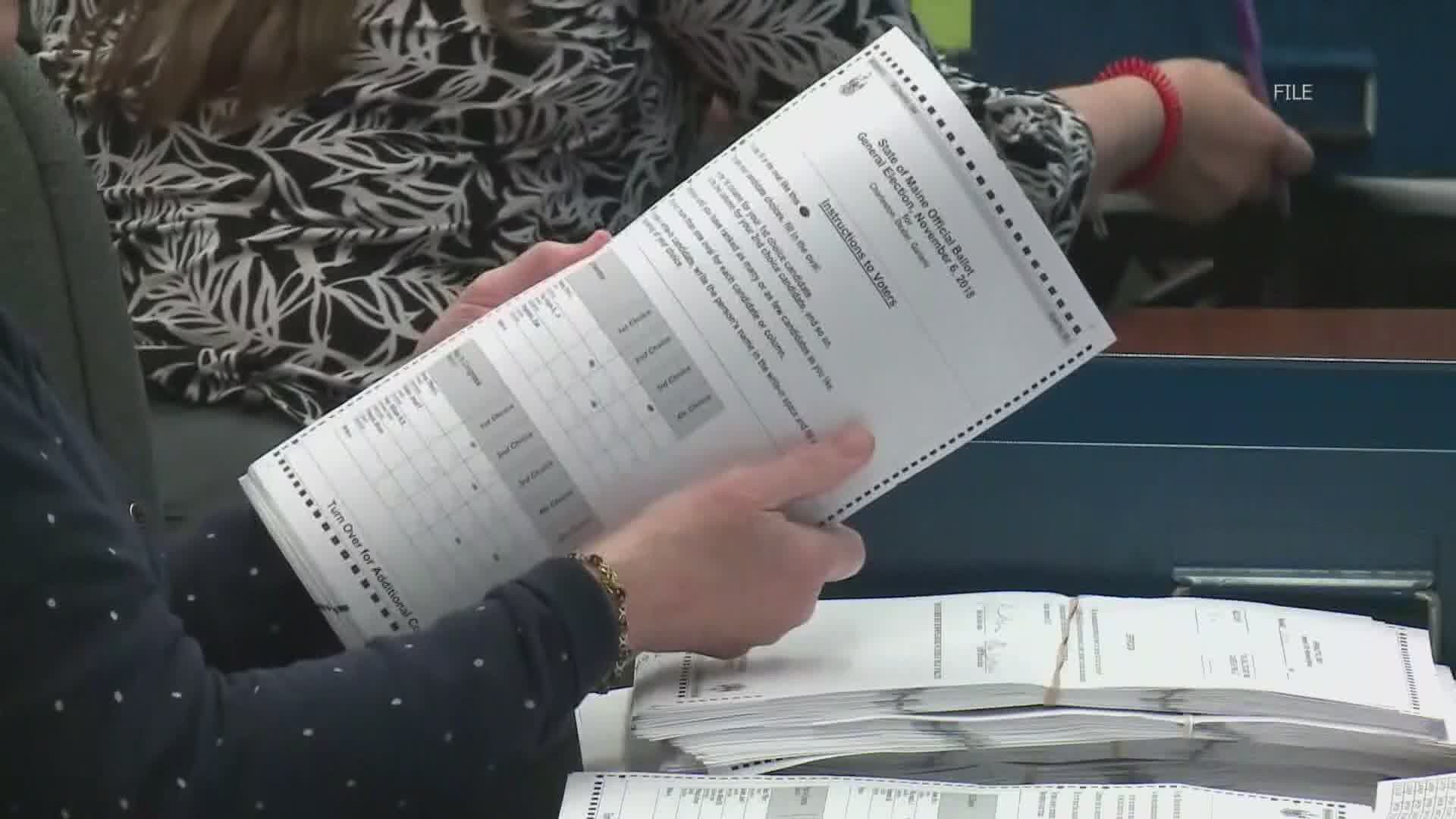 AUGUSTA, Maine — Town and city clerks across Maine will have their hands full next week as they begin to count the avalanche of absentee ballots that are rolling in.

According to the Secretary of State's Office, as of Tuesday, October 20, nearly 280,000 ballots had already been turned in and accepted.

That's about 30,000 more than were returned in the 2016 election cycle, and that's with two weeks to go before Election Day.

Cape Elizabeth town clerk Debra Lane said the use of absentee voting in her town is unprecedented. "We have over 60 percent of voters who have requested by absentee."

In Cape Elizabeth, as with other towns and cities, voters can get their ballots to their town clerk by:

1) Dropping it in the mail

3) Using a dropbox if available in your town or city

RELATED: Election 2020: How to register to vote in Maine

Folks can feel confident about dropping their ballot off in a dropbox because the state sets out guidelines to ensure they're tamper-proof. Furthermore, tampering with a ballot drop box is a felony, punishable with up to five years of jail time in Maine, according to the Secretary of State's Office.

It's worth noting, you can't drop your ballot in just any drop box. You can only the one for your town or city if it has one.

Lane said, "All of the ballots are secure. They are kept in the clerk's locked vault. Only I have the key to that, so there's not accessibility even from other departments."

Secretary of State Matt Dunlap is in charge of all elections in Maine. He said while ballot security is a top priority, just how those ballots are secured may vary.

Dunlap said, "It could be in a vault or a locked room that only they have the key to...There are 500+ towns, and they all do it a bit differently."

Once in the possession of the towns/cities, the ballots won't be touched until next Tuesday, a week before Election Day. At that point, town and city clerks and their election workers can begin to process them.

Lane explains what "processing" entails, saying, "We take those ballots, take them out of the envelops and put them into the machines. It's not until that last ballot is cast sometime election night that the final tally is done."

Secretary of State Matt Dunlap said a series of checks ensure that every ballot is accounted for.

The Secretary of State's Office recently launched a tracking site so you can follow your absentee ballot throughout every step of the process and make sure it's counted.

In Maine, an absentee ballot must be in the hands of your town or city clerk by 8 p.m. on election night in order to be counted.

Normally, the deadline to request an absentee ballot is Thursday before Election Day. However, because of the pandemic, Governor Janet Mills has extended that deadline an extra day, to whenever your town or city office closes on Friday, October 30.