Maine dad on mission to show 3-year-old son the world, even though he's blind

Nolan Desmond was diagnosed with Retinoblastoma, but his dad refused to let it stop him from 'seeing' the beauty of Maine and New England. 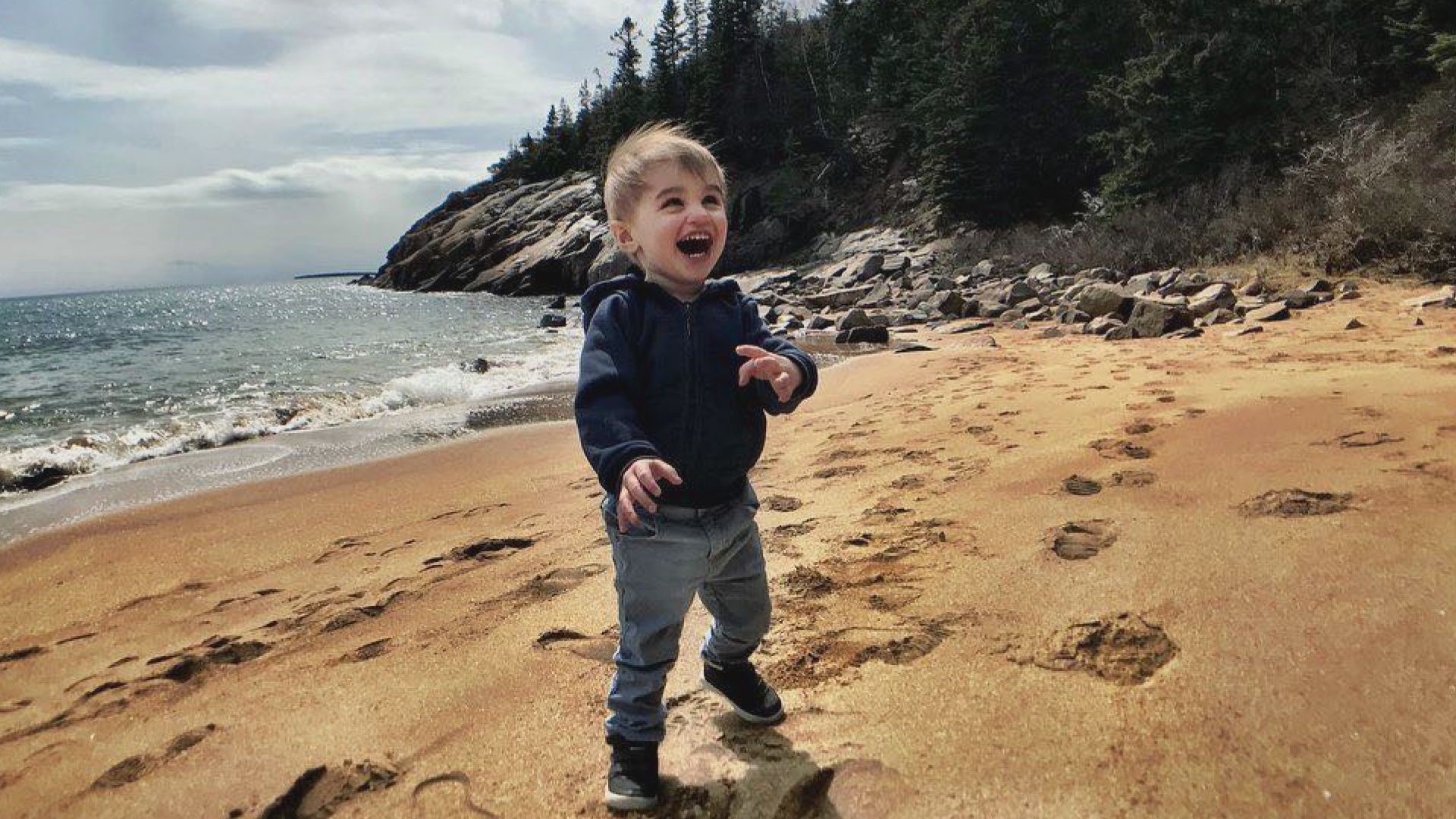 SACO, Maine — Nolan Desmond is now blind. But his dad refuses to let it stop him from experiencing the world.

"The only way that that I deal with it is that I have to,” Nolan’s dad Matt Desmond said. “I mean something gets thrown at you and you don't have another option."

Nearly every week three-year-old Nolan and his dad visit a sight somewhere in Maine or New England.

“It ended up kind of being a tradition,” Matt Desmond said. "Like Mondays we would always do Monday adventures."

One of those adventures took them to Cascade Falls in Saco.

Desmond tries to bring Nolan places where there is water, whether it’s a waterfall or the roaring ocean, so that he can hear it and feel it.

“I want to go to the water,” Nolan said as his dad carefully guided him down the trail over roots and rocks.

Nolan was diagnosed with Retinoblastoma as just a baby—a rare form of cancer in both of his eyes.

After surgeries, chemotherapy and radiation he eventually lost his sight entirely.

“He’s been blind have his life, but learned to adjust and adapt to everything thrown his way,” Desmond said.

Every adventure is captured in pictures Desmond takes on his iPhone. One of them was featured on Acadia National Park's Facebook page where it was seen by thousands.

Acadia National Park
Matt Desmond, of Windham, Maine, shares a photo of his son Nolan on April 2. "My son became blind this past fall but still loves the outdoors. Each week I bring him on a different adventure and...

He said many people have suggested that he create a blog, but for him that is not what it is about.

They pictures are for Nolan.

“When he gets his vision back I want to show him every place he’s been to,” Desmond said. “That is really the number one thing to me.”

Nolan has been ‘cancer free’ for 10 months.