Three buildings were destroyed in the blaze that crews battled overnight for hours. 6 people were hospitalized. 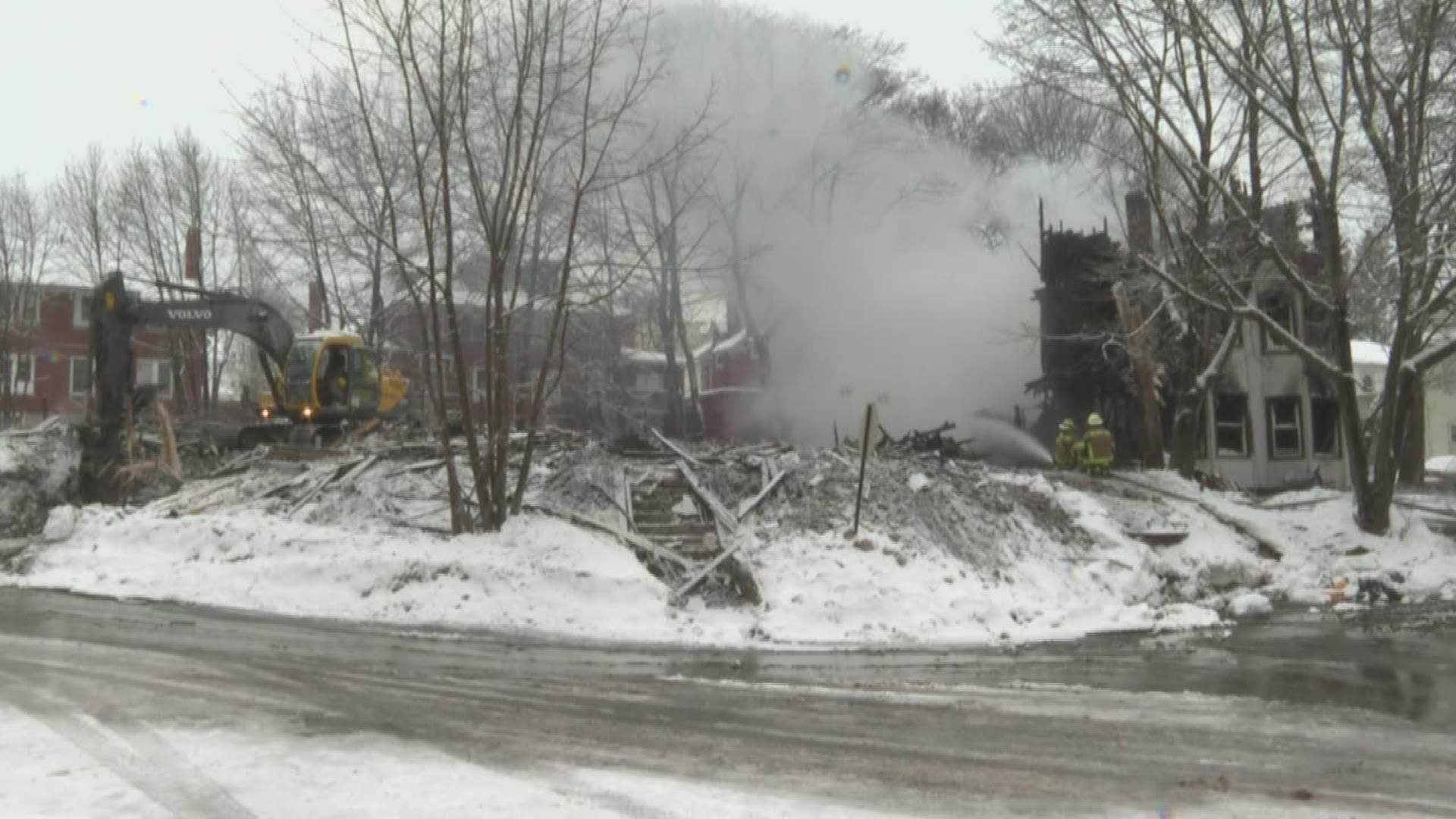 RUMFORD, Maine — Fire crews worked for most of the day Monday cleaning up equipment and putting out hot spots after battling an overnight fire in Rumford that sent six to the hospital.

According to Rumford Police Chief Tony Milligan, the fire started shortly after 11:00 p.m. Sunday night at 105 Hancock Street in Rumford.

Rumford officers arrived on the scene to evacuate people including one woman who had been trapped on the first floor.

Large flames and heat thrown from the fire forced crews to push back as they worked on putting it out and evacuating everyone.

The fire quickly spread to two other buildings, including the apartment at 101 Hancock Street. Officers heard screams coming from that building, according to authorities. Three were forced to jump from the third floor of that building. After they jumped, officers helped bring them to safety.

"Multiple people jumping from the second and third floor, above the fire, getting them removed to the hospital, was heavy fire when we arrived, that was their only option. There was no escape other than to jump," said Rumford Fire Chief Chris Reed.

Police say a third neighboring apartment building also caught fire but was unoccupied at the time.

Six people were brought to the Rumford Hospital for treatment for smoke inhalation and injuries from jumping from the building.

Police say all three apartment buildings are a total loss.

Viewers are reporting as many as five buildings could have collapsed as a result of the fire. NEWS CENTER Maine has not independently confirmed that information.

Chief Milligan credited the quick actions of his two police officers, Sergeant James Bernard and Patrolman Ashley Rich in helping to evacuate tenants and preventing what he called potentially multiple fatalities during the quick-spreading fire. He said they are the heroes and our community is fortunate to have them as among our guardians.

There is nothing left for the tenants to claim, but after word got out around the area, members of the community are donating anything they can.

And one local business has already offered up help. Kevin Jamison posted on Facebook that the Rumford Aubuchon will be taking donations to help those impacted by the fire.

The Red Cross responded to assist 14 people displaced from the fire. 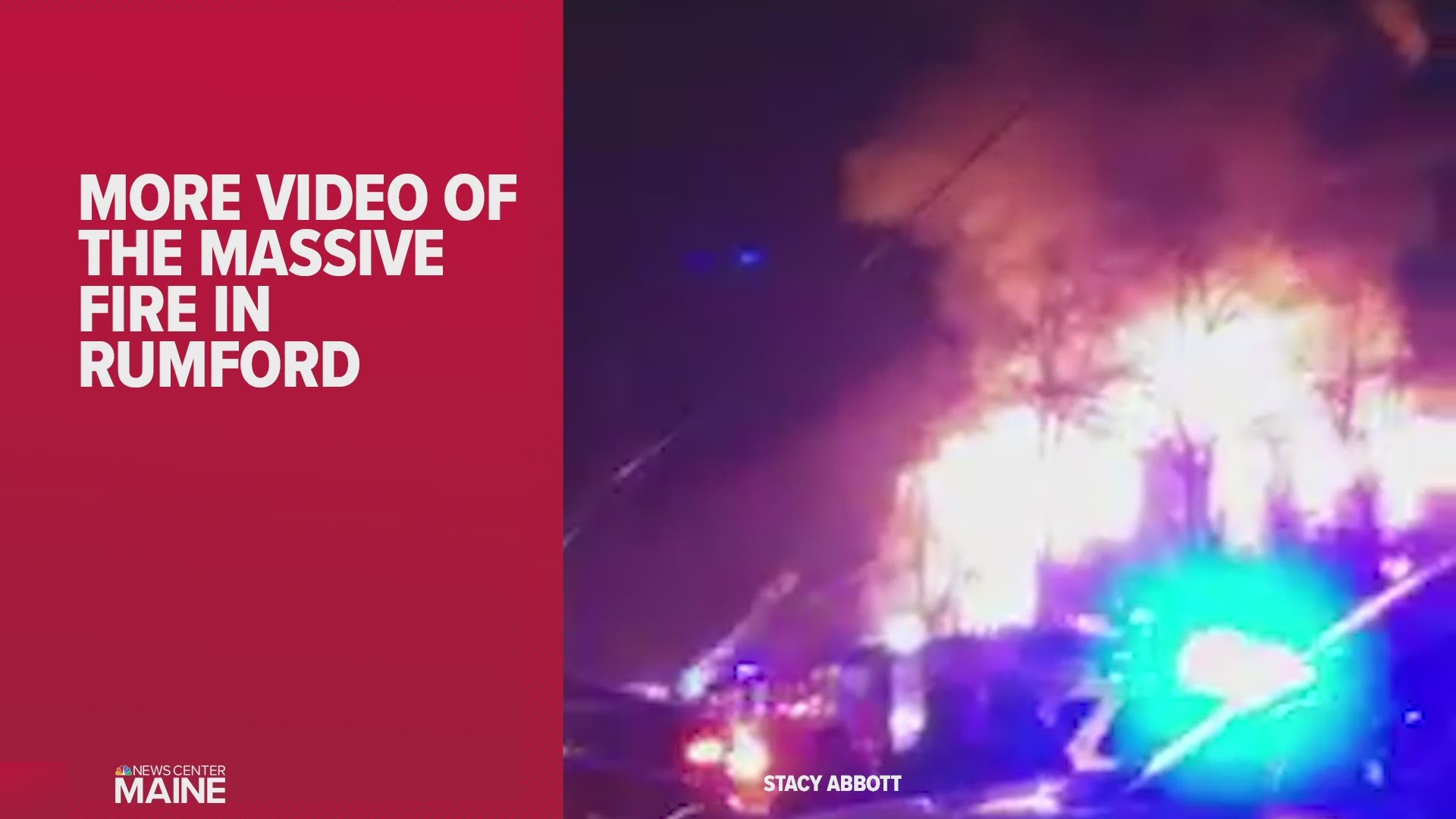 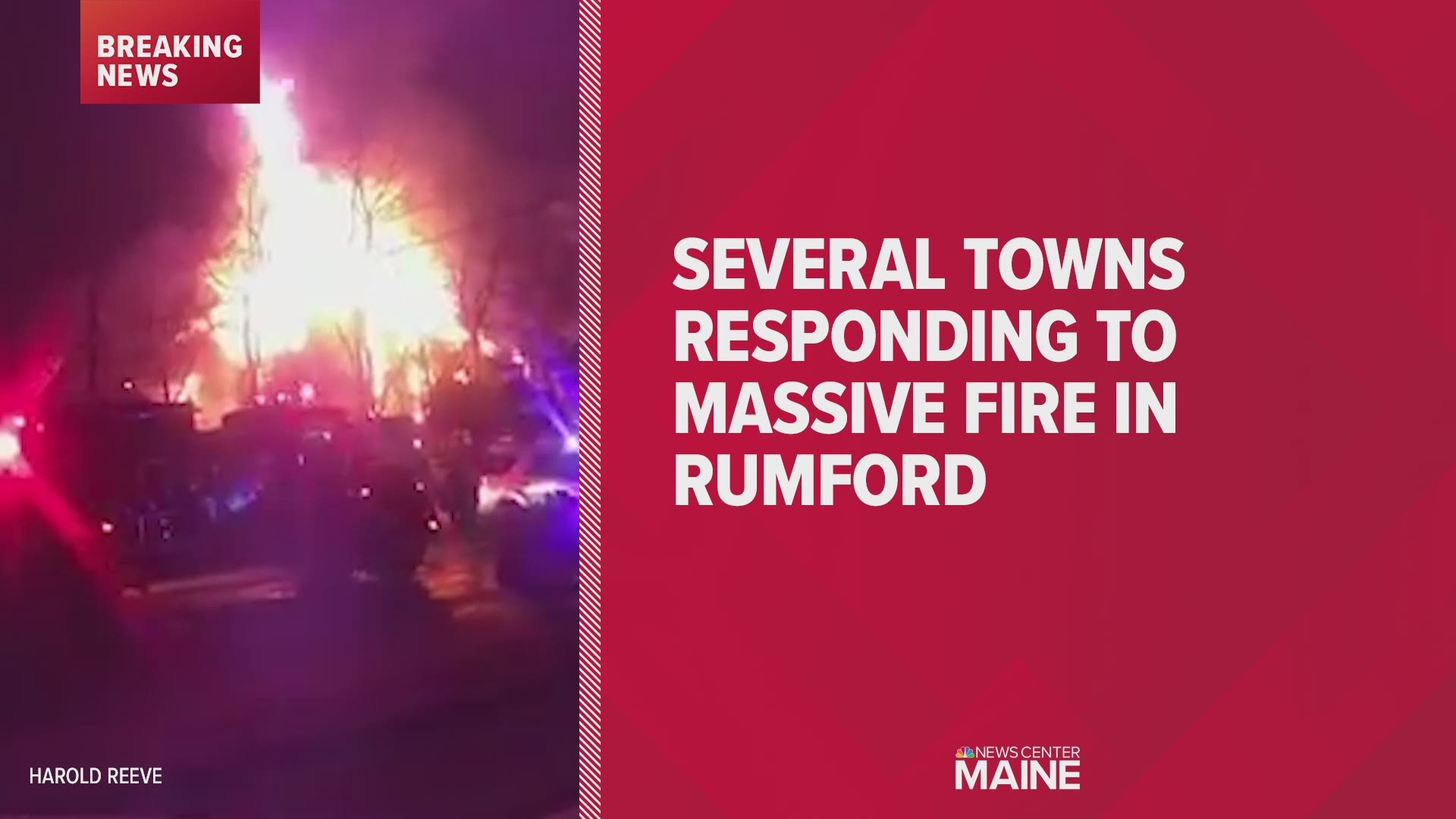