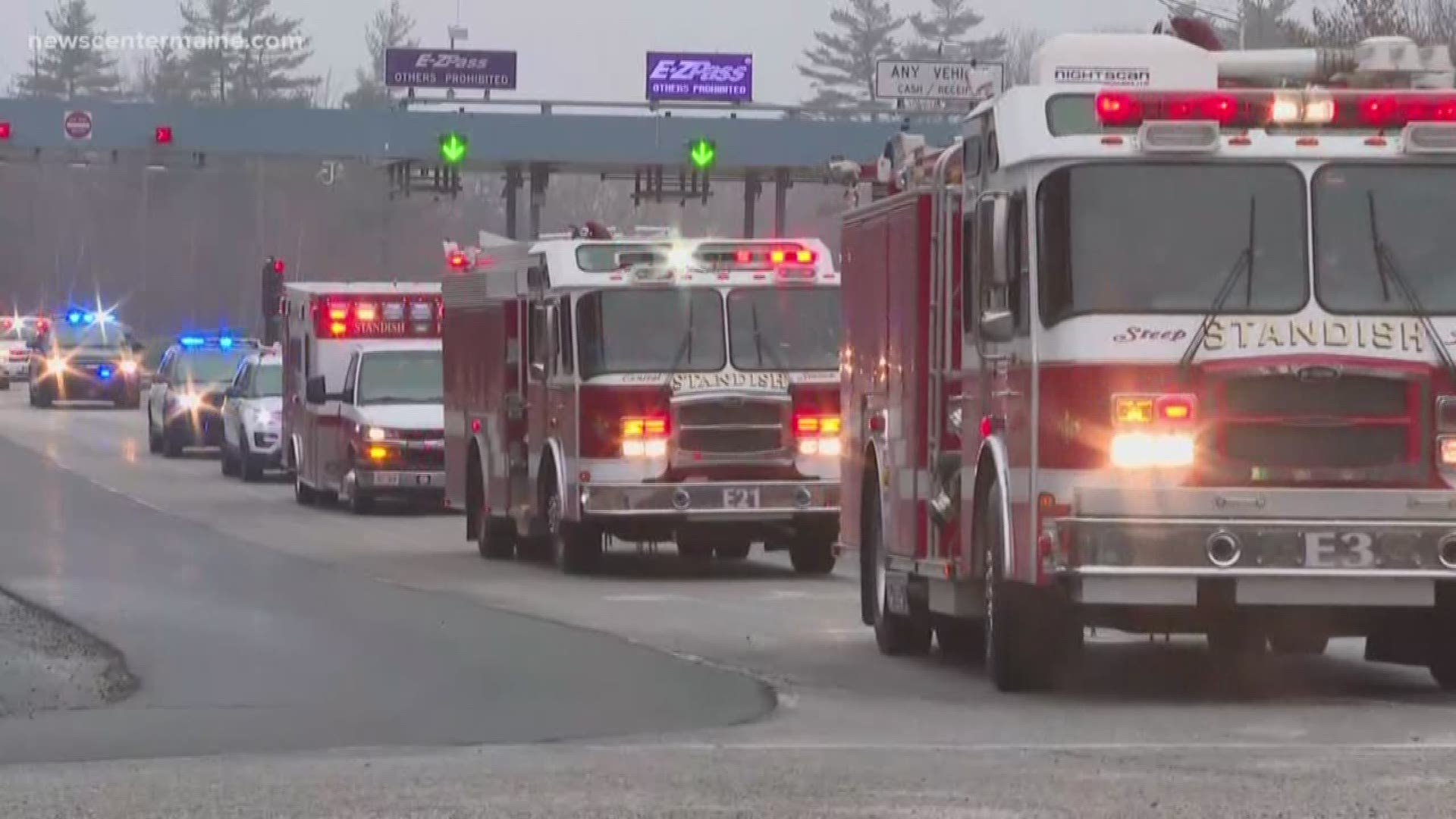 Tyler Wallingford, 21, of Standish was killed at the Marine Corps Air Station Beaufort in South Carolina on April 12. According to a press release by Standish Fire Chief Rob Caron, Wallingford's body will arrive in Boston Saturday afternoon and be transported to Portland via a procession.

RELATED: Maine Marine shot and killed by fellow Marine on South Carolina base

Local fire departments will line the overpasses in the area, according to Caron.

"It feels like there are far too many recently -- losses in our public service community. I believe that we're probably all tired of loss, however, remembering those we've lost reminds us of what we're doing and how important it is to serve." says Captain Gary Wagner of the Westbrook Fire Department.

Wallingford's body will be brought to A.T. Hutchins Funeral Home in Portland.