Crews from several towns battled the fire in a four-bay garage near the home of Scott Kelly, president of Centuri Construction Group 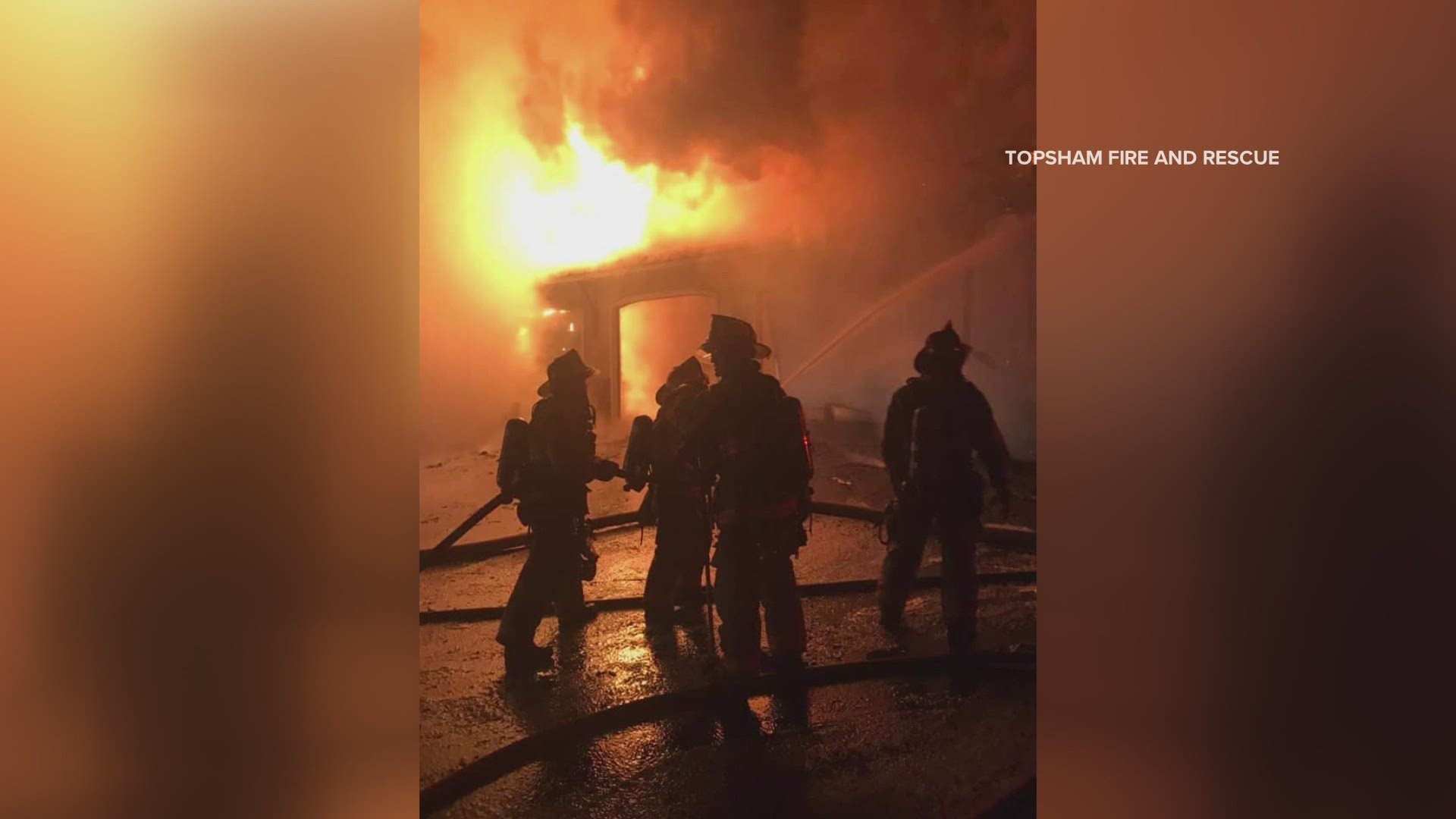 LISBON, Maine — The office of the state fire marshal is investigating a fire Saturday night that destroyed a four-bay commercial garage and construction equipment at the home of Lisbon contractor Scott Kelly, president of Centuri Construction Group.

The garage, located about 200 feet from Kelly's home on Kelly Lane, was a total loss, Deputy Chief Bob Robitaille of the Lisbon Fire Department, said Sunday.

Crews were called at about 5:30 p.m. and found flames through the second-story roof of the building, according to Robitaille.

The fire started in a rear corner of the building, and Kelly was able to remove a number of pieces of construction equipment in time to save them from the fire.

Some 30 firefighters from Durham, Lewiston, Topsham, and Wales assisted Lisbon at the scene, and tankers from Bowdoin, Bowdoinham, Brunswick, Durham, and Freeport provided water until crews could draft water from a pond.

The fire was under control at about 8:30 p.m., Robitaille said, but firefighters remained at the scene until 5 a.m. Sunday, and then returned around 9 a.m. to extinguish hot spots.

Crews fought the fire in extremely cold temperatures, and a second alarm was called for additional manpower to allow shifts to rotate in and out. A Lisbon school bus served as a warming station.

Several firefighters slipped on ice that built up from water used to battle the flames, and one Topsham firefighter suffered a twisted ankle.

Robitaille estimated the loss, including building and equipment, would be "probably in the $1 million mark."

The fire is not considered suspicious, but Robitaille said the state fire marshal's office would likely release a cause on Monday.